Even the most unique anime has a trope or two up its sleeve. Tropes are the bane of anime's existence, the reason for that deja vu kind of moment when you wonder if you've already watched this anime. Tropes are often used for cheap laughs or easy filler.

We've put together a list of funny anime moments that are just not that funny anymore… except when they're done really right. From ecchi to shounen, here are 8 anime moments that happen in way too many anime. To make up for all the cringe-worthy tropes, we've thrown in a few examples that might actually make you chuckle.

MC is clueless about something everyone else finds obvious. 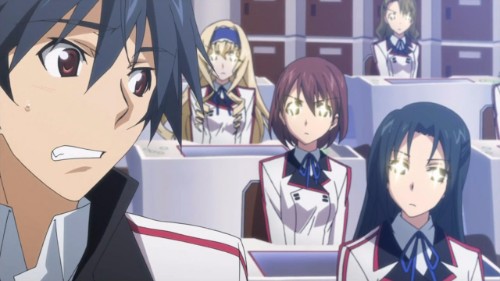 The trope: Clueless main characters are usually clueless about love, and their relationship to people. No matter how many clues a girl drops, these guys are so dense they wouldn't know a come-on if their life depended on it. Even when the character isn't completely oblivious, some anime have moments when the main character just doesn't get something that everyone else has already accepted. This often results in a blank look, followed by "wait, what?"

When it's done right: In Baka to Test to Shoukanjuu, Akihisa Yoshii is expected to be dumb (hence the title). Despite the entire anime stemming from this one trope, Yoshii's brand of clueless is endearing, making him lovable and silly instead of annoying.

Oops, I didn't mean to fall on top of you into a compromising position. 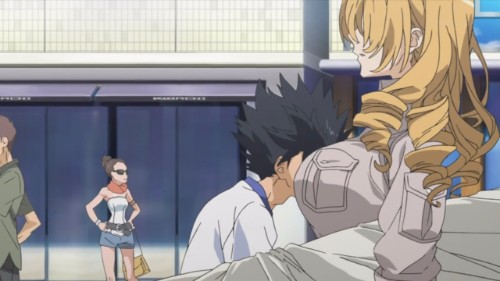 The trope: When someone trips in an anime, you can be sure they'll fall on top of another character, often in a compromising position. Trips and falls in anime are used as a means to bring two bodies together. Most of the time, male characters will fall on top of female characters, with some body part connecting with the girl's breasts (usually the hand or the face). How the girl reacts depends on her type of dere. Generally, in the anime universe, any man who trips and falls onto a woman is immediately branded a pervert, and usually given a slap to boot.

When it's done right: FLCL is either the most or the least fanservicey anime, depending on how you interpret it. One scene in particular shows two of the characters about to fall into a kiss, but end up instead colliding with their foreheads. In any other anime this would just be for laughs, but when you remember that FLCL uses foreheads as a metaphor for sexual organs, it takes on a whole new meaning. See that, anime? You don't have to flash any boobs to be obscene.

Imma let you finish that attack, but first... 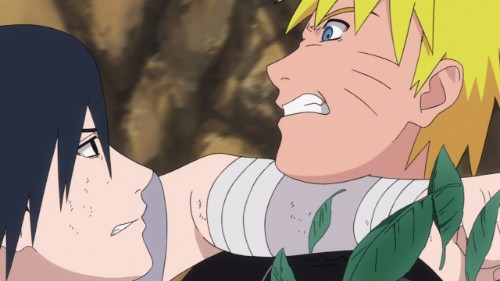 The trope: Action anime are known for, well, action. But when you're trying to build a character between punches, most anime falls back on the mid-fight monologue.This trope is not meant to be funny, but it can be hilarious when it's drawn out long enough. These scenes often involve long conversations that stretch out the fight for way longer than it should be, and sometimes even make time for flashbacks. Why no one ever thinks to punch someone while they're sharing their childhood tragedy is a mystery (maybe it's a sign of respect?). Some of the most popular action anime are guilty of ridiculously long exposition and multiple flashbacks throughout one single fight.

When it's done right: If done right, these fight scenes are actually not funny, but rather intense. Instead, the funniest mid-battle exposition moments are the ones where the trope is played with, like when a Naruto character blocks an attack so his companion can finish his monologue, or when a villian in Bleach attacks before the monologue is finished. Even Dragon Ball, notorious for its ridiculously drawn-out fights, eventually gets annoyed with all the talking. 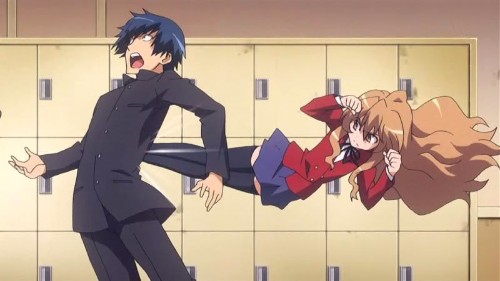 The trope: She's cold and aloof… until you get on her bad side. Then suddenly, the quiet girl who keeps her distance snaps, and rams her fist into someone's face. The comedy comes from the sudden shift in character, and the fact that apparently, watching girls abuse guys is funny (not so much the opposite).

When it's done right: MM! takes the theme to an extreme. When is a sadistic tsundere type of character even more amusing? When the main character enjoys the abuse, of course. This compilation offers a glimpse of what to expect. Speaking of which...

Excuse me, you're spurting blood all over my carpet. 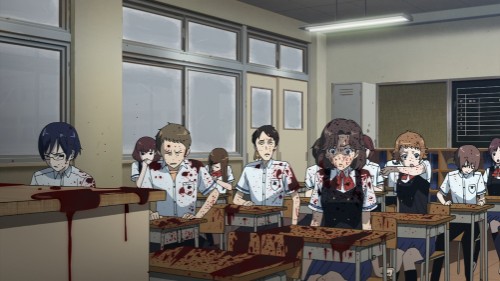 The trope: There's violence, and then there's overdone violence. Gore can be messy, or it can be hilarious. There's only so much spurting blood a viewer can take before he bursts out laughing at how ridiculous it is. And then they're left to explain to anyone nearby why they're cracking up a character's dramatic death. Of course, the offshoot of this one is the nosebleed, which is in its own realm of overuse. Whatever the cause, no one seems to think of the cleanup following the bloodbath. How inconsiderate.

When it's done right: Hilariously overdoing violence and gore is the name of the game for a number of anime, and one of the best is You are Being Summoned, Azazel. This show mixes crude humor with crude violence, and the result is… well, you can just see for yourselves (not quite safe for work). 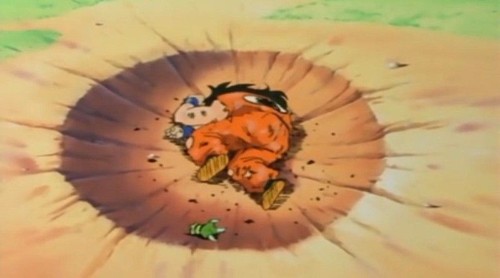 The trope: Sometimes anime go in the opposite direction. They forget the gore and the fanfare, and just cut down a character right where they stand. Sometimes meant to be dramatic and jarring, the ridiculous speed or improbability at which a character is dispatched can also be played up for laughs.

When it's done right: The death scenes in Another are supposed to be dramatic, but they're so absurd and ridiculous that it's hard to take them seriously. Of course, there's also always Yamcha. Never forget.

Running into someone means you're destined to be together 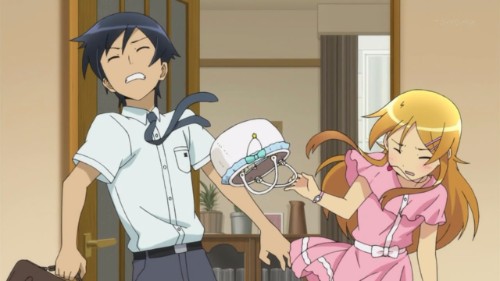 The trope: In the world of anime, characters are cursed to fall in love with whoever they bump into on their way to school. The more dramatic the bump, the better. Bonus points for making the girl scatter something she's carrying so you can conveniently help her. Extra bonus points for making her fall, and falling on top of her (see previous entry on how to fall on people in inappropriate ways).

When it's done right: Love Lab knows how important it is to get this "love bump" right. So much so, that the characters practice doing it, with the obligatory "late for school toast," naturally. 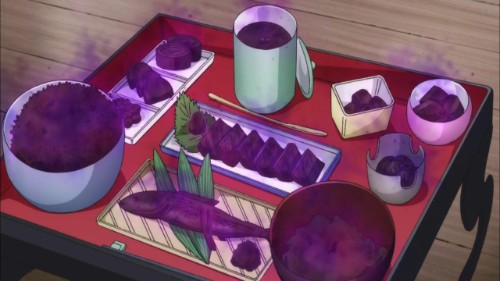 The trope: We expect cute girls to be perfect in every way. Of course we also expect their cooking to be amazing… and of course anime sometimes decides to shatter our expectations and make a girl's cooking so terrible that anyone who tastes it needs hospitalization.

When it's done right: There is no deconstruction of this trope in Baka to Test. The show plays it completely straight. Yet despite being an overused trope, Himeji's terrible cooking is hilarious, especially since she is completely oblivious to just how bad her cooking is.

Some anime are bad. Some are so bad, they become absolutely hilarious. Here are ten unintentional so bad they're good "comedy anime."