The fate of A-Tec in this episode of Classroom☆Crisis depends on whether they will be able to secure the funds for their space engine or not. What will Nagisa do to help our heroes? 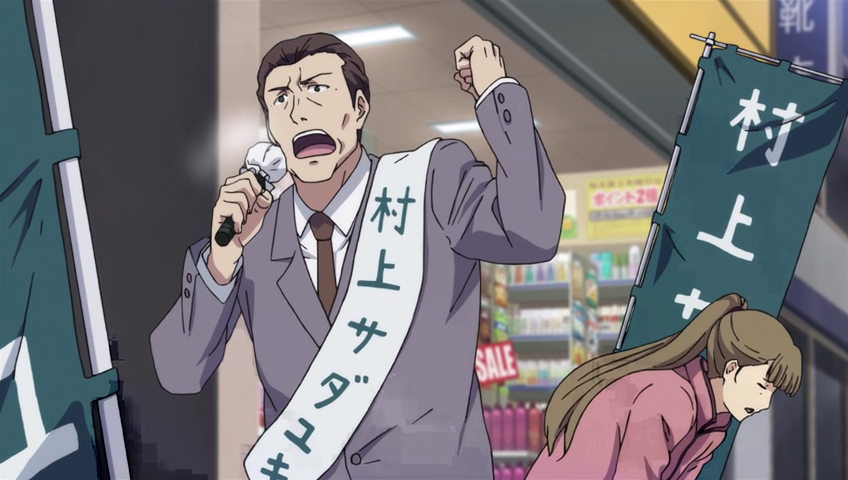 Ladies and Gentlemen, I am angry about politics. I am angry at how party allegiance trumps all for the general public. Never mind that a politician completely deserts his morals. He will abandon ship and jump to another political party on the other side of the spectrum, despite the fact they hold ideals completely at odds with his own, at the first sign that he might lose. You would think the voting public would see through such a pathetic about-face and side with the guy that was ahead in the polls originally, a man who stands true to his values. But nope, they stand and cheer the backstabber, oblivious to the backroom deals completed to get the corrupt man back into power. It makes me sick. 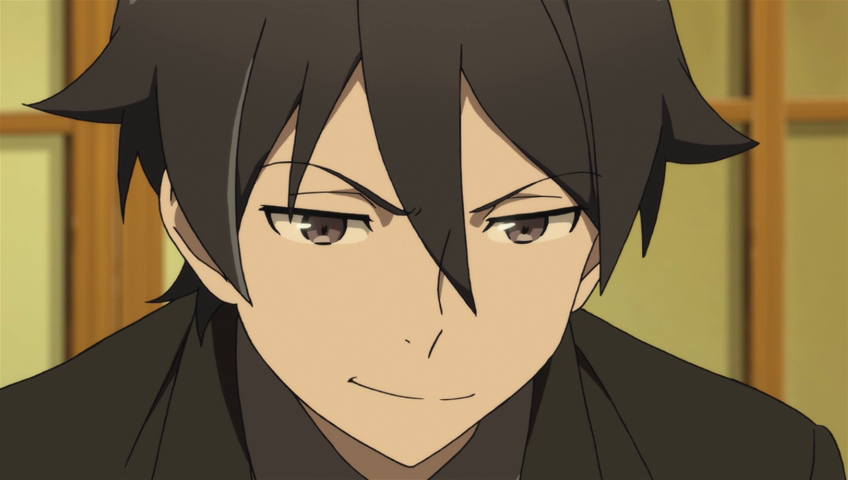 But enough about the real world, in Classroom Crisis some loser politician doesn't get elected because his opponent switched sides a few days before the polls opened so he would get the backing of the trade union and side with the already popular opposition party. I can't help feel sorry for the losing politician. Yeah he got in bed with the trade union, but whenever he talked to Sera Kaito he looked and sounded like he genuinely cared about fighting for the workers. All right he's a politician and it's his job to look like he cares about your problems, but Sera Kaito believed in him so why shouldn't we? I was genuinely expecting the next plot twist to have the crew at A-Tec join in the political campaigning on his side and shove the loss in Nagisa's face. But like death and taxes, money mattering more than morals in political elections remains inevitable. 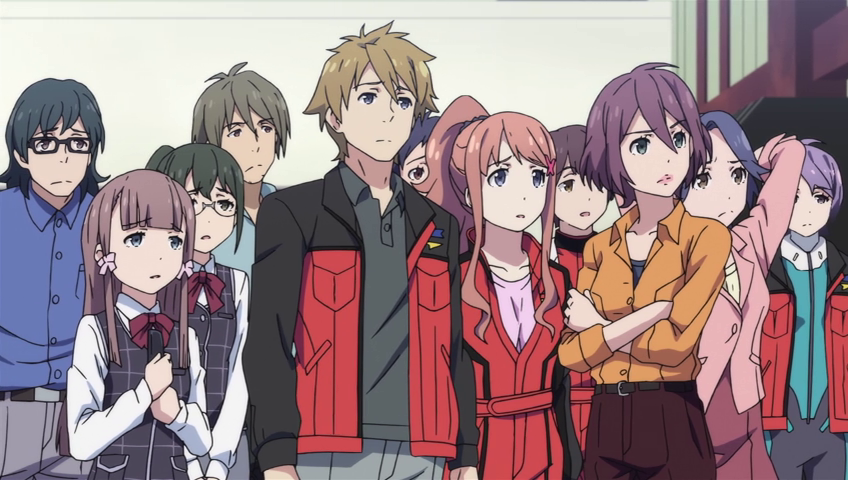 What now for A-Tec then? I'm not sure how feasible the plan of waiting for this dude to get elected then bank on him providing government support and funding for them was, but the idea has been scuppered regardless. The money being siphoned off them is going to the company of a son of the new elected politician so chances of that being diverted back to A-Tec seem unlikely. Nagisa has basically betrayed them in that area and I'm not sure what he could do to get those funds back even if he did come back on A-Tec's side. The school festival came and went which did nothing from a fundraising perspective. Unless inflation has dramatically decreased the value of the yen and 1.5 billion is about the same price as a meal for two in a trendy restaurant, they aren't going to get those extra funds needed for the engine without some serious outside investment. I remain steadfast on my personal idea that they're going to win a galactic race and get those required funds from a combination of prize money and sponsorship, but no progress has been made on that front and we're fast approaching the end of the series. 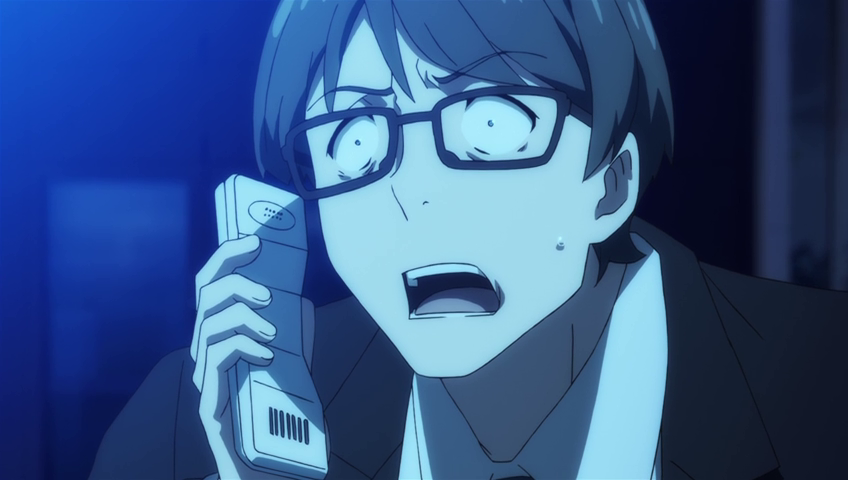 On a final note, a special mention for Yuuji, Nagisa's older brother and now manager of a manufacturing and transportation facility in Space Siberia. On the one hand, the man is clearly a horrible person. He beat his younger brother half to death while sending him off to remote locations to try isolate his influence. Then, when Nagisa proceeded to do an excellent job in each place he was assigned to, Yuuji piggybacked off his younger brother's success to gain a respectable position within the company. He's not a nice person by any stretch of the imagination. On the other hand, he's a person with severe anger management issues who suffers from anxiety problems and should probably go to a psychiatrist. He spent most of the time in the series screeching in anger and looked deflated. This won't happen in Classroom Crisis because it's too nice of a show, but if this was real life Japan then Yuuji would be put on suicide watch due to his mental issues. I know people don't usually think about the mental wellbeing of villains but I'm sure Bowser is pretty depressed about his continued failures in his chosen career path.