Philosophy is a common storytelling device in anime. Every character lives by their own moral code and follows their own rules, but where might some of these personal codes fall when compared to real life philosophical schools of thought? 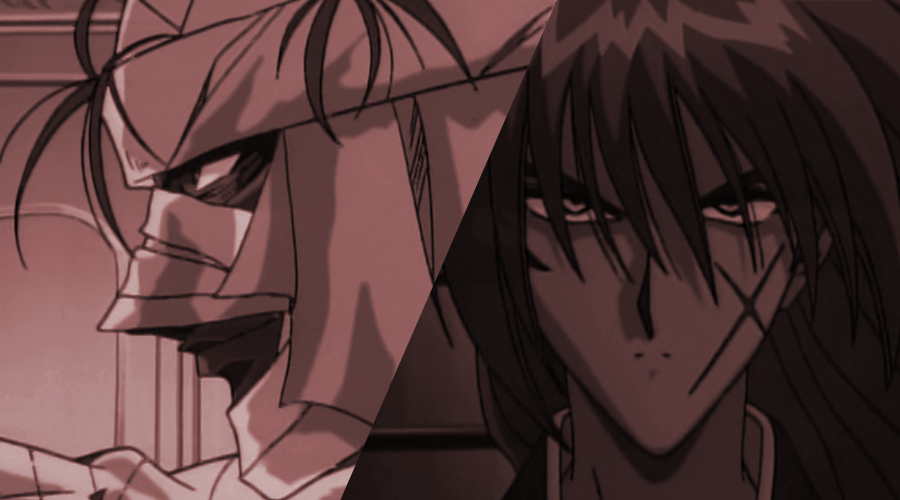 Rurouni Kenshin: Meiji Kenkaku Romantan follows the master swordsman Kenshin Himura, a man whose sword skills were so insane he was deemed the most powerful assassin of the Japanese revolution. He eventually became a wanderer upholding a vow never to kill ever again, in order to atone for the many lives he had taken, pledging all his strength to protecting the weak and innocent. On the opposite side of the morality spectrum is his greatest enemy, Makoto Shishio, a guy so charismatic and powerful that they got Steven Blum to voice his English dub. Also, he was considered skilled enough to take over Kenshin's former nine to five job as an unstoppable assassin after Kenshin was exposed.

Both men fought for the Imperialists as assassins during the revolution. In the end, both men walked away with opposing ideologies. Kenshin for the weak. Shishio for the strong. 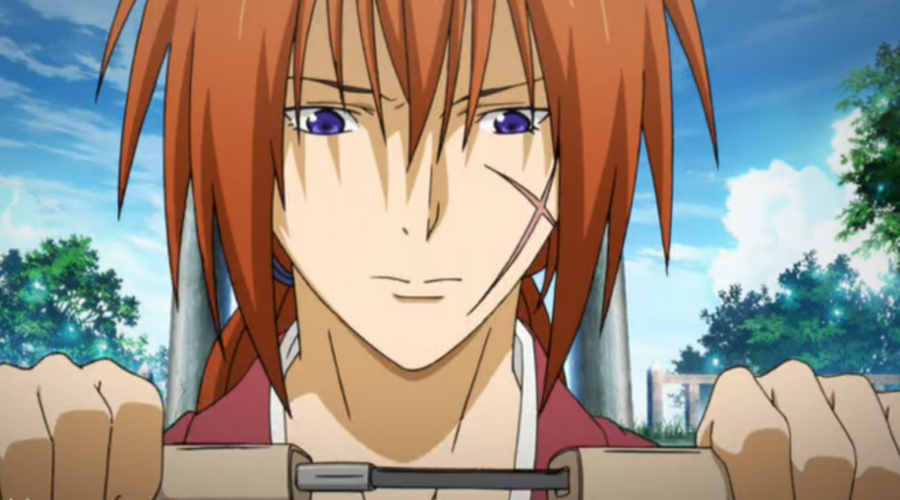 "Even the happiness of one person is complicated these days. If you should fall as a sacrifice, the young lady who came to Kyoto with the one wish of seeing you, will be devastated by that loss." - Seijuro Hiko

Kenshin Himura is the personification of the ultimate good guy. He's kind. Gentle. Fair. Forgiving. His main goal is to fight the evil and the wicked so the good people can be free to live in peace. Of course, like many personal ideologies, Kenshin's worldview doesn't really fit perfectly into a single philosophical school of thought. However, one could argue that Kenshin's philosophy matches pretty well with the school of utilitarianism.

Utilitarianism was originally founded by Jeremy Bentham, but it didn't really find stardom until John Stuart Mill expanded on the concept. The core ideal of the philosophy is the maximization of happiness. Under these guidelines, the right thing to do is always the one that provides the most happiness or potential happiness. John Stuart Mill came along and added on the idea that the quality of happiness should also be taken into account.

It's easy to side with Kenshin's philosophy. After all, how could maximizing happiness ever be a bad thing? Unfortunately, everything has its drawback and utilitarianism is no exception. Since the actions that produce the most happiness and the most potential happiness are always correct, the old and sick become worthless. According to any variation of utilitarianism, since the old and sick are closer to death and have a smaller potential for quality happiness, they will always be sacrificed in favor of the young and healthy. But in a series that follows the fall of an oppressive old regime and the rise of a brighter future, such a philosophy seems reasonable for someone like Kenshin to adapt. 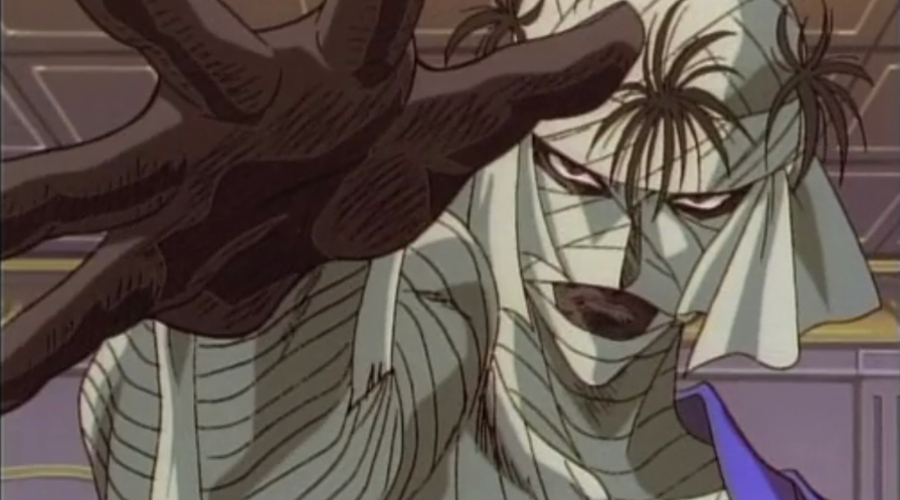 "The only absolute in this world, past or present, is survival of the fittest. If you're strong, you live. If you're weak, you die. And I am the personification of strength." - Makoto Shishio

Makoto Shishio's philosophy centers around the strong. The strong survive while the weak become food. Shishio's world view is almost a perfect mirror to the philosophy known as Darwinism.

Charles Darwin is considered to be the founder of the Evolution theory, but the famous catchphrase, "survival of the fittest," was actually inspired by fellow scholar Herbert Spencer. It basically means that in a world full of danger and challenges to overcome, only the fittest and strongest will emerge alive. That's exactly how Shishio operates. He believes the world should exist in a state of constant chaos so the weak would be cut from the herd, allowing the strongest to thrive. The only value the weak can have is as nourishment. If you can't compete, you die. Needless to say this is a dark and cruel way of looking at the world. It isn't fair. It isn't kind. It's the unfeeling law of nature where only the very best have any worth. Sort of like how Youtube works.

Darwinism is the perfect philosophy for such an evil man to have. But is it really evil? Well, just like utilitarianism can have its downside, Darwinism can have its benefits. See, until the dawn of civilization, this was actually the way things worked. In fact, it's the reason why humans can do so many amazing things. It's why we think like we do. It's why our bodies work like they do. It's why every living species has developed natural instincts and functions to keep them alive. As cruel as nature can be, allowing the strong to live and the weak to die off has been the cornerstone of progression. Where utilitarianism maximizes happiness, Darwinism maximizes strength. But that still doesn't make it right... or wrong. 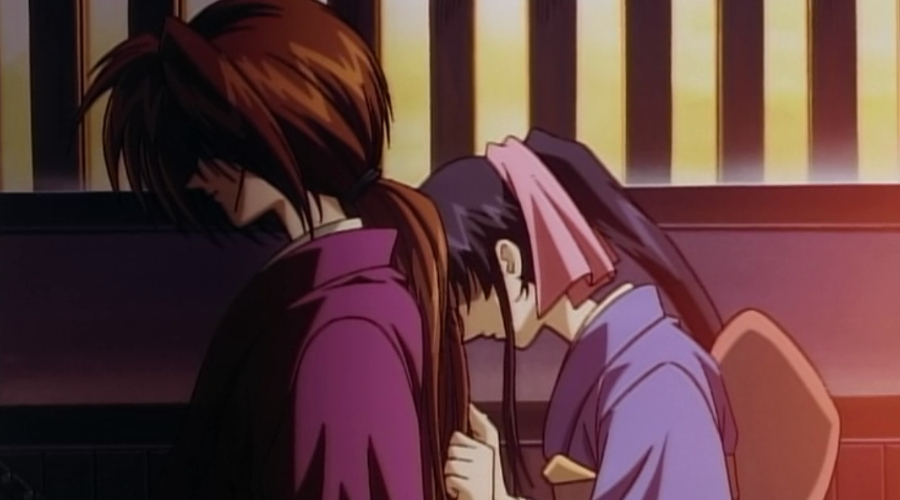 Although Kenshin believes what he does is right and just, he never forces his ideology on anyone else. Even when a defeated opponent believes Kenshin's world view to be correct, Kenshin denies the conclusion. There are no easy answers. No perfect fits. Everyone must eventually discover their own truths. However one might feel about utilitarianism or his way of life, Kenshin is wise enough to know that what he believes might not be right for everyone and it may not be right at all, but it's the path he's chosen and it feels right to him.