We can all easily see what the most and least popular/good anime are, but what about the anime that start off with a good premise only to bomb viciously or fizzle out into disappointment? I've received some data from MAL's database from 3/28/2016 in order to look at these unfortunate anime.

Firstly, the parameters probably deserve some explanation. For the rest of this article, you'll see these statistics:

# Watched: The total number of MAL users who have added this anime to their list. Admittedly it's not 100% accurate, as "Plan to Watch" is also included in this number.

Dropped: The number of MAL users who have added this anime to their "Dropped" list. Granted, this doesn't necessarily mean that the anime itself is disliked or bad. Some people simply drop anime because it gets too long, or because they decided it wasn't their genre after episode 1. Then there's also the reverse situation: some viewers will watch an anime to the bitter end no matter how much they dislike it!

Average Episode: Here's where things get tricky. This number is the average number of episodes that have been watched in a series. If you leave the episode number blank, it is assigned a value of 0. Because many users probably don't even put the number of episodes in (I know I don't), I have asked for all 0's to be discounted so that it only averages the number of episodes viewed from 1 onwards. This is not meant to be any concrete proof of anything, nor can I claim it to be reliable data, but it's interesting to take a look at.

% Dropped: The percentage of the Total that Dropped is.

The Top 50 most dropped anime by percentage and by volume have been provided at the bottom, but first I'd like to take a look at a notable series.

And The Most Dropped Show on MAL is....

At 87,508 droppers (16% of total MAL users who viewed it), Bleach stands proudly (then again maybe not) as the most dropped anime on MAL! 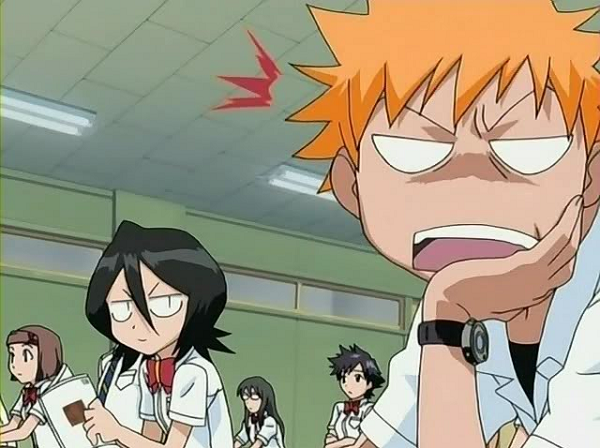 Bleach started off with a super cool concept, but the supposedly super-rare bankai was handed out to almost all the named characters in Bleach a la Oprah. Power balance be damned. Not to mention the fandom's opinion that the story's quality deteriorated after the Soul Society arc. Whereas Bleach used to be as talked about as Naruto and One Piece, its popularity has really deteriorated as of late. Betcha didn't know the manga is still running.

Top 50 shows with the most number of droppers

There's not much to say about the shows with the highest number of droppers. They're mostly highly popular, long-form anime in the first place, which makes it no surprise that a bunch of people give these famous shows a try and decide they are not for them. What's more interesting is when you look at the percentages. Sword Art Online and Guilty Crown are often brought up as disappointing anime, and a lot of MAL users did indeed drop them, but their dropped percentages sit at a mere 4%. The only thing we should take from this is that a lot of people watch (and therefore drop) famous titles.

Top 50 shows with the highest percentage of droppers

Now this is where things get interesting. Firstly, because we're trying to look at more famous titles here, I've filtered out any anime with less than 10,000 members, giving us a good selection of more-or-less popular anime. If we were to have no filter, we'd get a very different list (ex: the two people who both watched and dropped this kids music video). 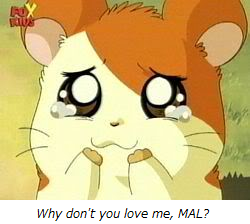 Note that many on this list are long-form anime, especially older ones or ones targetted towards younger audiences. I mean, Tottokko Hamtarou is adorable, but no one has the time to sit through almost 300 episodes of hamster antics as an adult. What's most amusing are the anime that are dropped after only a few episodes. A whopping 24% of 20,493 people (no small potatoes) dropped Meganebu!, a silly 12 episode series about five guys with budding glasses fetishes, stopping at around the second episode. Makes you wonder how bad it really was for so many to stop watching. I mean, I don't know what they expected; the premise seems pretty clear cut: five pretty boys wearing glasses doing whatever pretty boys do. Come to think of it, several pretty-boy shows place pretty high on this list. Thank god for pretty-boy sports anime like Free!! Plot and fanservice. Lance N' Masques has a deplorable score of 5.83 on MAL, and the reviews are not much better. It just goes to show you not all light novel adaptations are good. (Personally I'd argue that they're rarely good, to be honest, as I've hated the few LN I've read.) There's also Bakumatsu Rock, which was based on a video game released only in Japan. It's no wonder people didn't really like it overseas, what with it being an adaptation of an unknown franchise. Actually, they didn't like it much in Japan either, with the Ani-Kore community giving it a 3.3/5. Shows affiliated with Western franchises such as the Japanese adaptation of a Western classic, Demashita! Powerpuff Girls Z, and the Stan Lee endorsed Heroman were also unpopular despite their interesting origins.

This list took a little more time to compile, as I had to narrow it down with several different requirements. 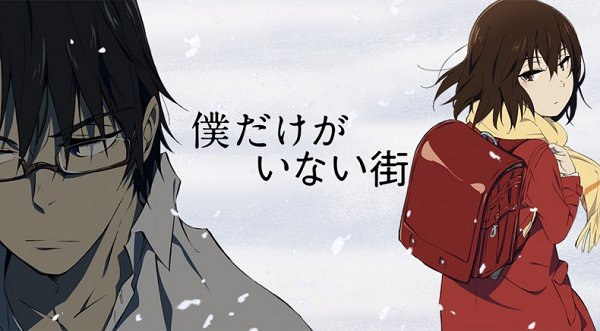 Anways, ERASED, Winter 2016's time-travel mystery-thriller, is our winner. To be honest, I would not have guessed this show; despite the buzz this anime has generated, the MAL reviews page shows a very different story: some people really disliked the show! If you ask me, it was a fun binge watch, but then again I enjoy cheesy police dramas, so don't trust my judgement. What's even more surprising is that people dropped it fairly early on at an average of 4 episodes in, when the initial episodes were what I thought were most interesting.

Although Plastic Neesan sports a more modest userbase, and a much shorter runtime, the fact that so few people dropped this plot-less show is a testament to its strengths. Perhaps it's worth giving a try!

You'll note that I included both Fate/stay night: Unlimited Blade Works and Fate/Zero in this list, even though they both come after Fate/stay night, but my bias for Urobochi and the Fate franchise aside, both work well enough as a stand-alone shows. And it's a testament to this franchise that multiple spin-off movies, specials, and TV series ended up in the lowest dropped anime on MAL.

Overall, most shows on this list are single-season, 12 or 24 episode series. Standing in defiance of this is Hunter x Hunter (2011), which a staggeringly low percentage of MAL readers dropped, even though it's 148 episodes long. "But Rilakkulina, this show's a remake!" you'll exclaim. Yes, but it's not a sequel, meaning it's still approachable for new viewers, meaning that it's not just the previous HxH fanbase watching it, I'm guessing. Also, it's pretty amazing that this series is the only truly long anime that has such a low drop rate.

While the most dropped anime did not come as much of a surprise to me, a few choices on the least dropped list were quite surprising. While some are the beloved golden children of MAL, others are shows I would have thought not so universally popular. I hope you guys found this information as interesting as I did!

It's been brought to my attention that there are a couple mistakes (Yugioh 1999 being a movie), and other anime that arguably should not be counted, but to be honest it takes more time to fix than it's worth. You'll have to content yourself with having the list be "top 48 plus 2 debatable ones" or something.