Cute magical girls may appeal to some people, but there's nothing hotter than a mature and elegant woman who has mastered the ways of magic. We'll be counting down ten of the hottest witches in anime, with only one woman being selected per anime.

Join us in our witch hunt for some dazzling characters! 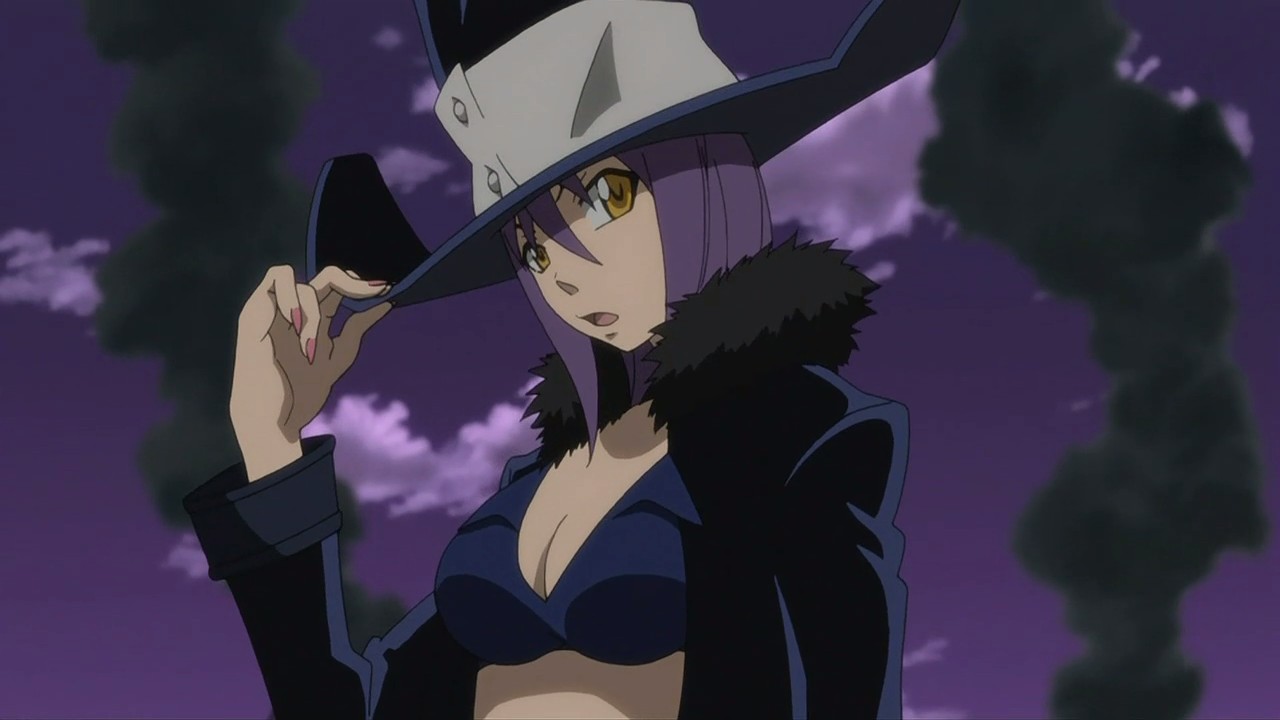 Throughout history women who wielded the art of magic have been known by many names. But the most common term in use is the word witch. In this list, we’ll take a look at wise, powerful, and attractive women who embody the term best in the vast sea of anime.

Take note that witch in the context of this countdown includes practitioners of any kind of magic—Eastern, Western, Black, White, or Otherworldly—as long as it is classified as magic within their respective world, they are qualified. There will also only be one representative per anime. Please keep in mind that the rankings listed are solely based on the writer's opinions. Let get to it then, shall we? 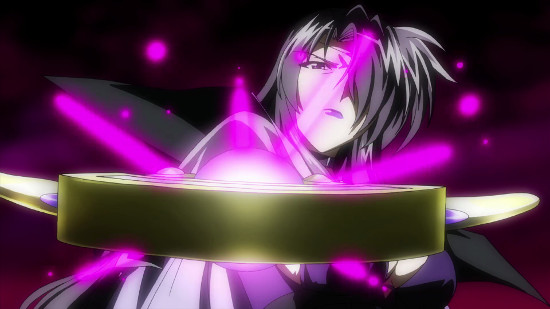 Precia is the main antagonist of the first season of the Nanoha franchise, a skilled mage driven insane by the loss of her daughter. She clones her to create Fate, who she uses to gather magical artifacts in an effort to revive Alicia. Skilled in multiple forms of magic and boasting a very graceful figure, she’d be perfect if not for her treatment of Fate. 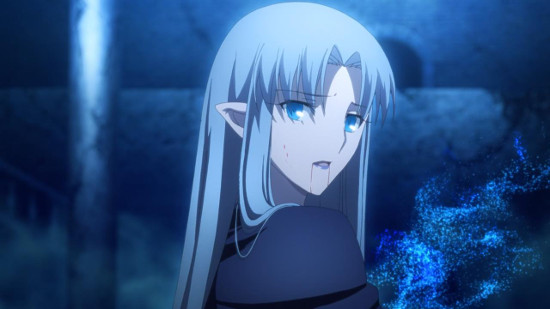 Caster serves as one of the main antagonists during the Fate Stay night: Unlimited Blade Works anime, but her true identity is that of Medea of Colchis, the “Witch of Betrayal”. Caster eclipses every other magic-user in terms of the sheer destructive capability, her scheming carries her far into the war, and her elfin-like appearance charms the hearts of many fans. The combination of beauty, brains, and the ability to wipe out entire armies, makes her one of the hottest witches in anime to date. 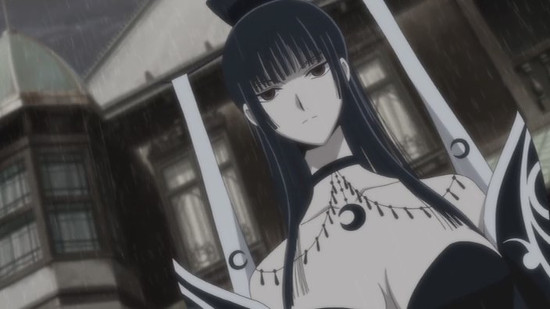 In the xxxHOLiC franchise, Yuuko Ichihara is the resident witch who grants the wishes of anyone that comes into her shop, as long as they pay an appropriate price. When not at work, she has a teasing, carefree, and laidback attitude that exasperates her chore-boy, Kimihiro Watanuki. However, when it comes time to get serious, she gains a level of maturity, grace, and wisdom befitting an elegant witch whom you can’t help but want to stay with forever. 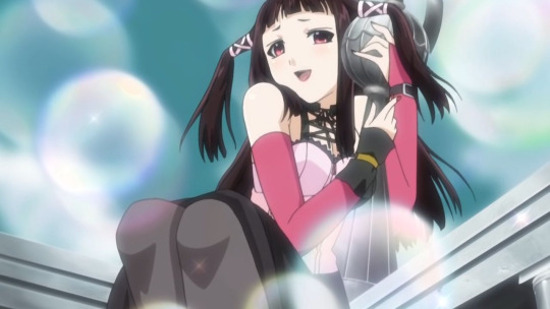 From: Magi: The Labyrinth of Magic & Magi: The Kingdom of Magic 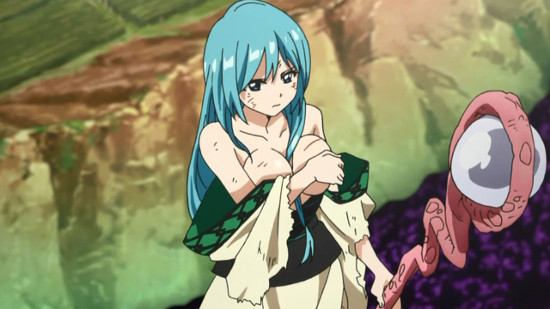 Yamraiha is one of the eight generals of Sindria, an island nation led by Sinbad. A prideful and beautiful witch skilled in the use of water magic, Yamraiha acts as one of the first lines of defense when her home comes under attack. She also serves as the first magic instructor that Aladdin encounters, a fact he relishes as he glomps onto her buxom chest the moment he gets a chance. Can you blame him? 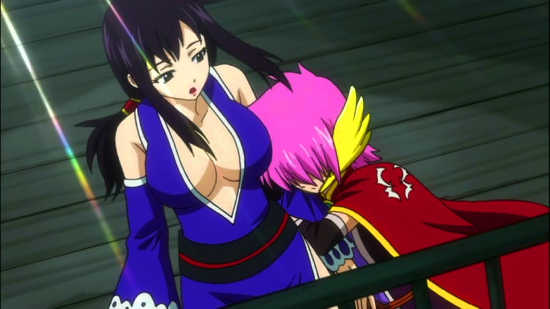 Ultear is one of the most beautiful and deadly witches in the countdown. A former antagonist that reformed after being defeated by her late mother’s apprentice and joined a guild that specializes in hunting down other evil guilds with her adoptive daughter, she has a mastery of magic encompassing many fields. At the same time, she has a compassionate side that serves to make her beauty all the more radiant.

From: Nanatsu no Taizai 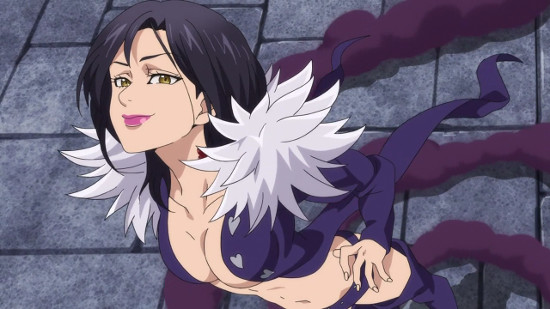 Merlin is a member of the Seven Deadly Sins, a group of knights that once protected the kingdom of Britannia. They were driven out after they supposedly attempted to overthrow the king, but the events of the story leads to her return. Not only is she one of the hottest witches in anime, evident in how she carries herself and her choice of clothing covers virtually nothing, but she is the greatest sorceress in Britannia. And she proves it by easily undoing the magic of the one who usurped her position, her apprentice, Viviann.

From: Toaru Majutsu no Index II 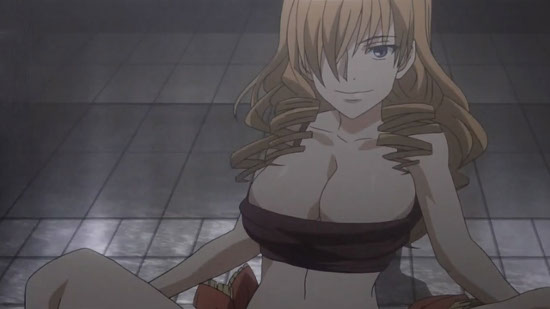 Oriana Thomson is hands-down one of the hottest witches in anime. In her brief appearance as an antagonist, she’s proven to be one of the toughest opponents the protagonist has to face through the use of both hand-to-hand combat skills and short-hand grimoire spells. And that’s not even taking into account her seductive dialogue, an outfit that leaves very little to the imagination, and suggestive combat poses that leave men throwing themselves towards her—literally. 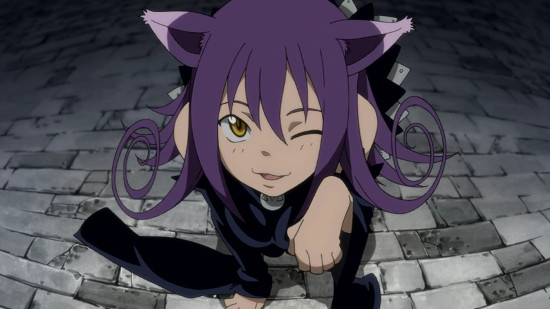 Blair takes the title of being the hottest witch in the Soul Eater anime and runs with it from the very first episode. She is unique in that she’s not a true witch by the definition of the anime (still counts for this list), but rather a cat whose inherent magic is so strong that she is indistinguishable from one, with the exception of her very soul. She’s flirtatious to a fault, aware of her appeal as a seductress, and still powerful enough to give anyone else she faces a run for their money. 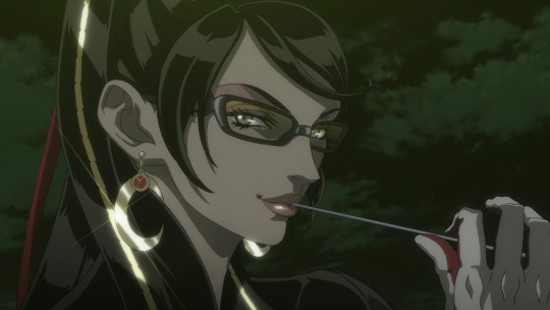