With such an epic saga, it's not surprising that there is such a wide variety of Naruto openings and endings available. But searching for a needle in the haystack of OP and ED songs would take forever, unless... We've gathered the best of the best! Here are top 15 Naruto opening and ending songs.

These Naruto openings and endings live on in the hearts of each and every Naruto fan! 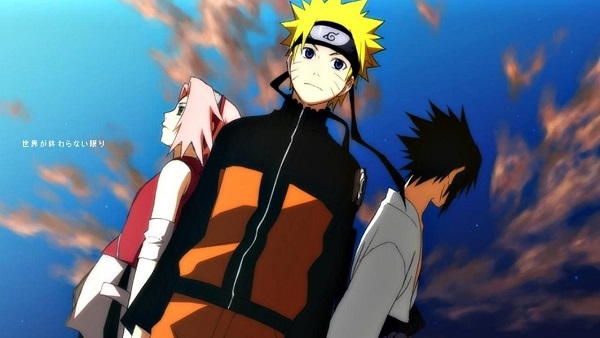 Openings and endings are extremely important to any series. While OPs pump viewers up for the episode to come, EDs are a perfect climax to a great episode.

For the Naruto series, the music videos for opening songs usually focus on what is happening during the current arc, while ending songs sometimes offer completely different stories. Although they are quite different, both Naruto openings and endings have a special spot in the hearts of Naruto fans worldwide.

So, without further ado, let's take a look at the top 15 Naruto openings and endings, sure to send you on a trip down memory lane.

“KIMI MONOGATARI” by Little by Little

KIMI MONOGATARI is an upbeat Naruto ending song that features Sai and his beloved picture book!

Closer is the opening song during the Hidan/Kakuzu arc that reminds us about how people often take little things for granted.

“Kanashimi wo Yasashisa ni” by Little by Little

Kanashimi wo Yasashisa ni is a nostalgic Naruto opening song that tells us to “turn sadness into kindness”.

BACCHIKOI!!! is a unique and catchy song that features our favorite Naruto characters dancing like it's 1999!

Go!!! is an upbeat rock song that makes you want to sing along with its catchy lyrics!

“Hero's Come Back” by Nobodyknows+

Hero's Come Back is the first ever Naruto: Shippuuden opening song. Our favorite shinobi are back and all grown up!

“Diver” by NICO Touches the Walls

The beautiful visuals of Diver serve as a nice intro to the epic climax of the Naruto saga!

“Hotaru no Hikari” by Ikimono-gakari

After listening to this amazing Naruto OP, Hotaru no Hikari, the phrase “Sha La La” will be stuck in your head for days!

For You - AZU Naruto: Shippuuden Ending 12

For You is a beautiful ballad by AZU that tells us that it's okay to “fly up to the sky, even if you fall down a few times”.

Sign features two of the most exciting battles in the series: Jiraiya vs Pain and Sasuke vs Itachi.

Seriously, who could ever forget that explosive opening line: “You are my friend…”?

Blue Bird is another lovely Ikimonogakari song. It can be interpreted as Naruto’s serenade to Sasuke.*

Wind is perhaps the most memorable Naruto ending song out there. Its music video shows Naruto’s struggles and the lyrics tell us not to be someone that we are not, otherwise, “you will hate yourself in the end”.