Anime's got a reputation for having its fair share of WTF moments. From characters acting strangely, to things like Mio from Nichijou spear tackling a goat, or the 'toothbrush incident' in Nisemonogatari - anime's got you covered when it comes to weird.

But for some truly, consistently bizarre anime, look no further than our list of the 15 best weird anime of all time. 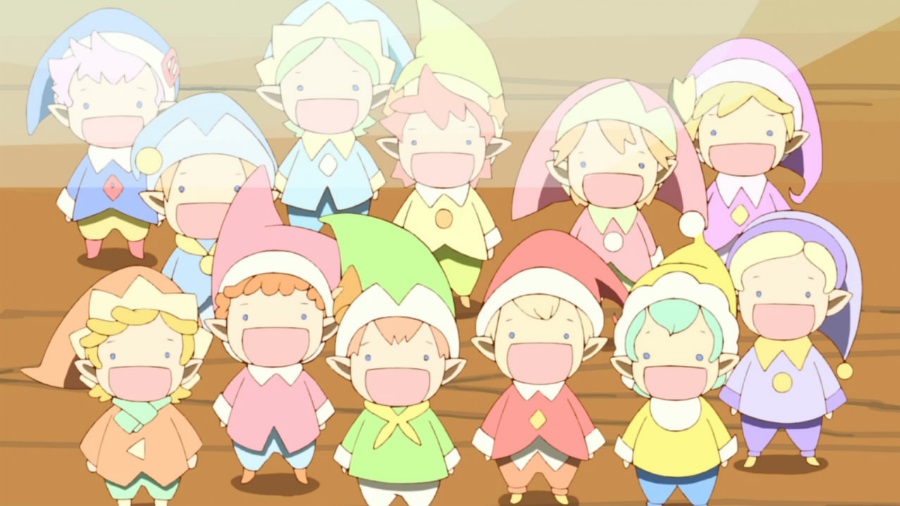 There's a race of eternally grinning fairies who multiply through happiness and sugar, a slice of carrot bread who rips its own head open and begs people to eat it, and a gang of talking headless plucked chickens. And that's all in the opening 2 episodes. There's time travelling via slipping on banana peels. There was a pair of anthropomorphised satellites. Even that's only scratching the surface of this thoroughly bizarre and unique take on the post-apocalypse. 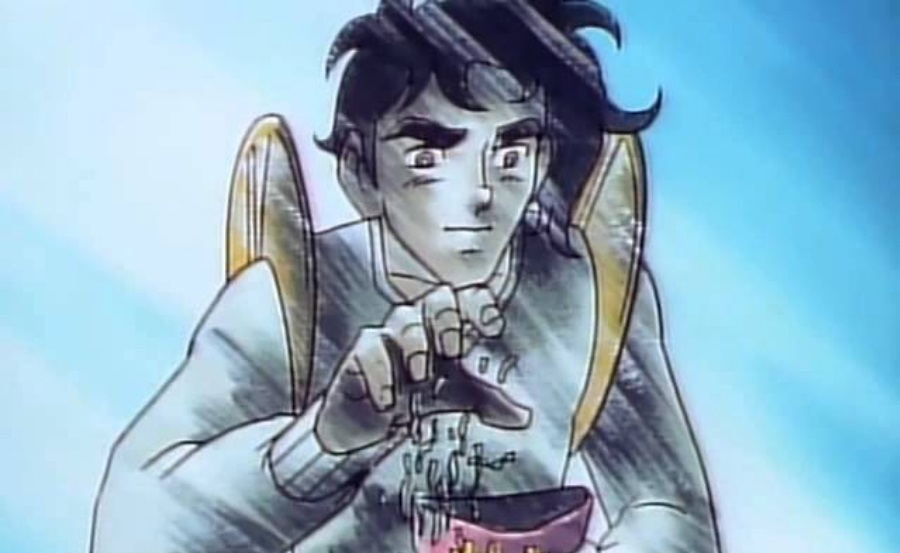 It starts off like any other high school anime. Our shy teenage male lead goes to a new school intent on starting a new life only for him to meet a person who changes his life and convinces him to join a new club. Where it starts to get weird is when the club focuses around the martial art form known as Sexy Commando where you distract your opponent by doing something nonsensical and then punch them. In practice this means you start by opening your zipper and then a flower pops out and then your crotch is surrounded by butterflies. Also there's a character haunted by the spirit of a salaryman who uses protein supplements. Yeah, this is a weird anime. 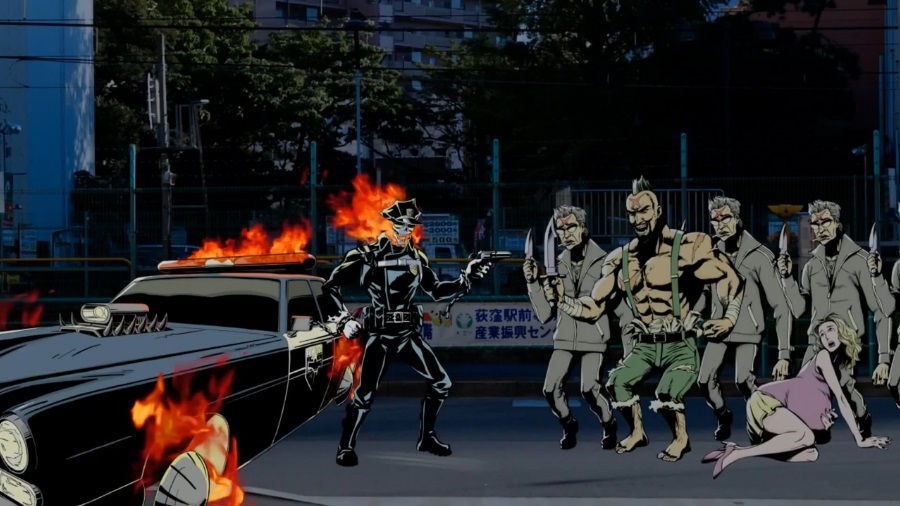 When Hiroyuki Imaishi, the creator of Tengen Toppa Gurren Lagann and Panty and Stocking with Gartarbelt, started his new studio, everyone was excited to see what the first thing they produced would be. It ended up being this...thing? A barely animated flash short uploaded to Youtube with apparently only one voice actor and a plot they made up after several rounds of beers with no edits made whatsoever. Somehow the sheer stupity of how it presents itself makes it one of the funniest viewing experiences in anime. 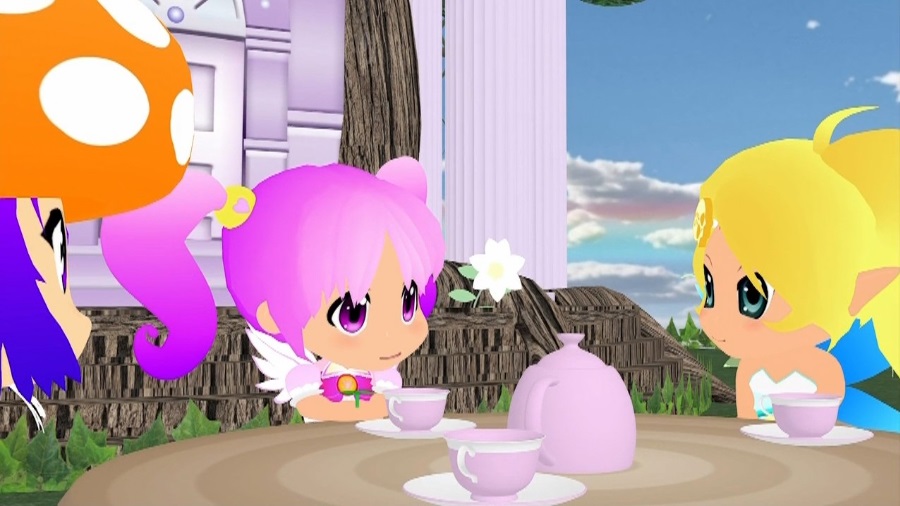 Man, you want some weird anime that are strange even on a conceptual level? How about gdgd Fairies. Animated using the software you see amateur Hatsune Miku music videos made with, it features a bunch of fairies standing around and watching videos of awful CG people doing nothing in particular. Notable in particular for having a segment each week in which the voice actresses had to ad-lib performances and the studio would animate it afterwards, which got particularly funny when they fell out of character and accidentally called each other by their real names rather than their character names. 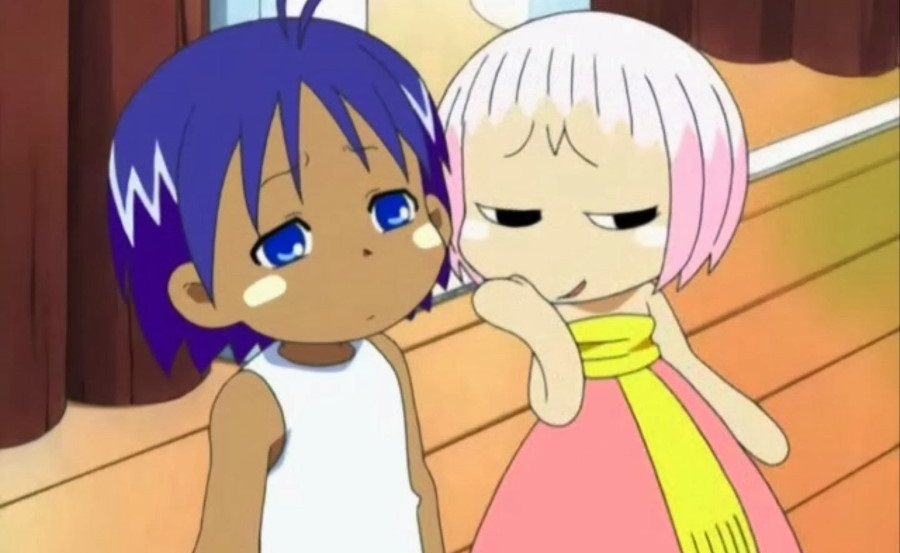 A story set in the jungle about a very young single mother and her son as they try to make amends with the family she left behind is certainly a unique story for an anime, but it doesn't start to get weird until you introduce Guu. She has an alternate dimension in her stomach where a few people live happily alongside a cat with a bazillion legs. Also, she steals the chest hair of the village chief and likes to wear it as an afro. Yeah, Guu is weird. This is a weird anime all round. 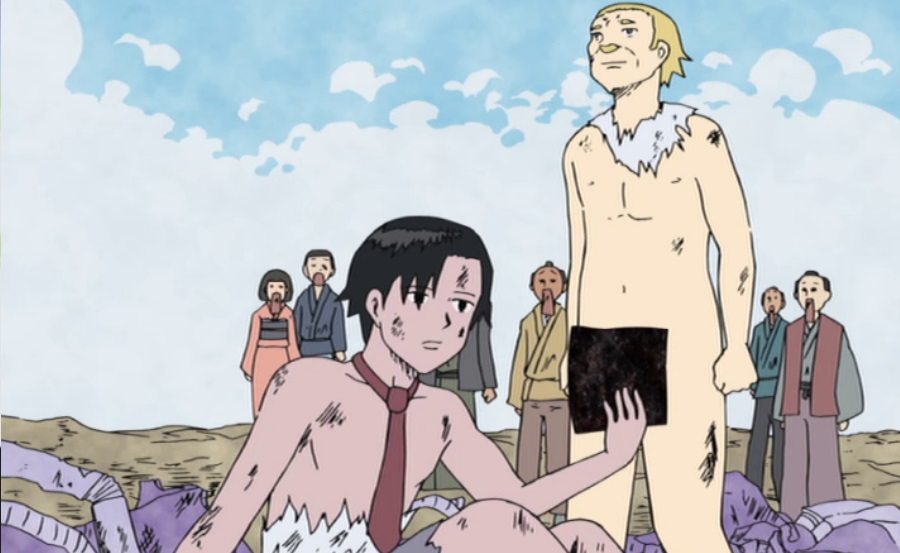 Gag Manga Biyori is such a bloody weird comedy that for years it presented too large of a challenge for fansubbers. The whole thing is full of so many Japanese cultural references, while also being completely random at times, that you're not entirely sure whether this is a reference to a highly obscure piece of Japanese news or just the creators being odd moon people again who have spent too much time in a room by themselves that they can no longer distinguish reality from their deranged visions. Hence why the franchise (because yes, there were multiple series of this bizarre thing) remained un-subtitled for years. 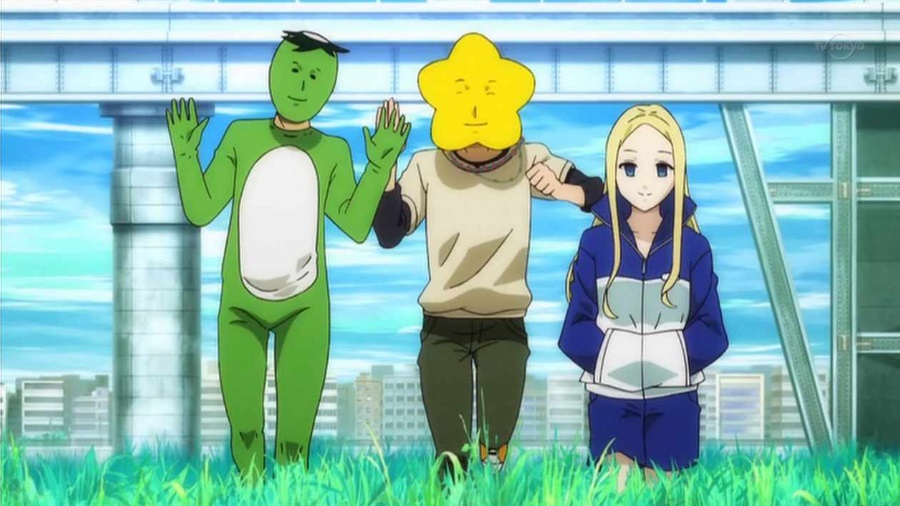 To be honest you could pick any number of Shaft series from the years 2005-2010 and you'd find some truly odd comedies. From the suicidal teacher in Sayonara Zetsubou Sensei to the suicidal bunny in Paniponi Dash, I eventually went for the riverside comedy Arakawa Under the Bridge. The son of a successful businessman gets saved from drowning by a woman who is convinced she's from Venus and lives in a strange communist riverside community, home to a man dressed as a kappa, a massive war veteran dude who is now a nun and uses guns during sermons, a guitarist wearing a star on his head, and many more beside. 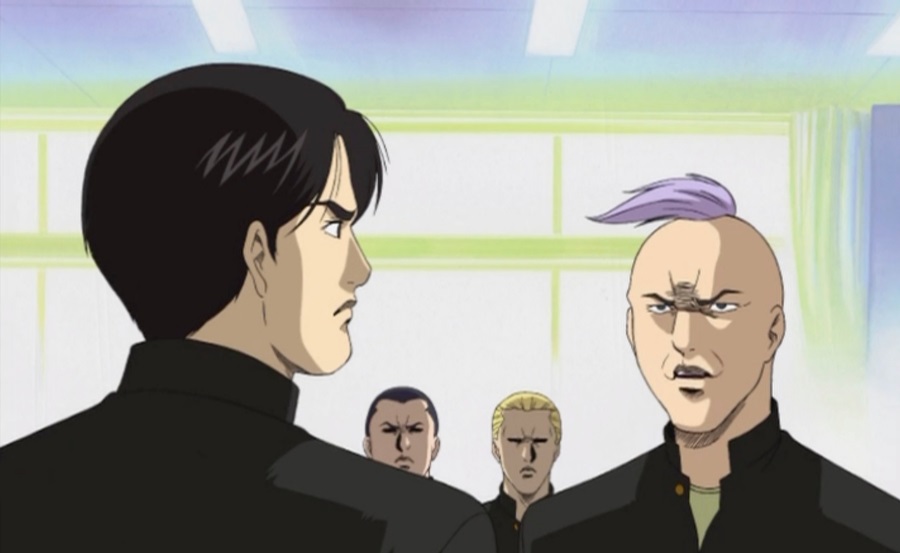 It's strange when a parody becomes more popular than the thing it was parodying. It gets even stranger when the genre something was parodying practically disappears from fan consciousness but the parody remains. People don't remember the type of anime Cromartie was supposed to be parodying (I think it was a parody of Sakigake!! Otokojuku), which leaves some of the pencil eating actions of our school-going population even stranger. Bear in mind this was a series in which a gorilla, a robot, and a bloke who looks like Freddie Mercury all went to this one school, so it was pretty weird anyway. 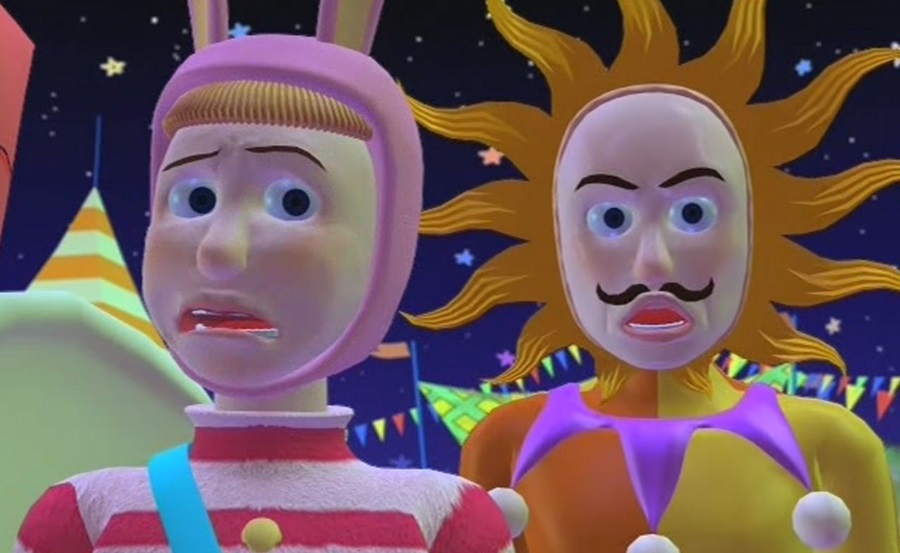 Popee is ostensibly a kids show when in reality it's nightmare fuel in comedic form. Each episode starts with a clown and his dog friend having a fun time, and then something terrible happens and suddenly they're ripping off their eyelids, slicing the sun in two, descending into a feeding frenzy where they can only be satiated by the blood of their victims. It's...not for everyone, I'll say that much. Not everyone can appreciate the genius mind behind this creation. But it's definitely a fantastic thing to convince your friend to watch and see their reaction. 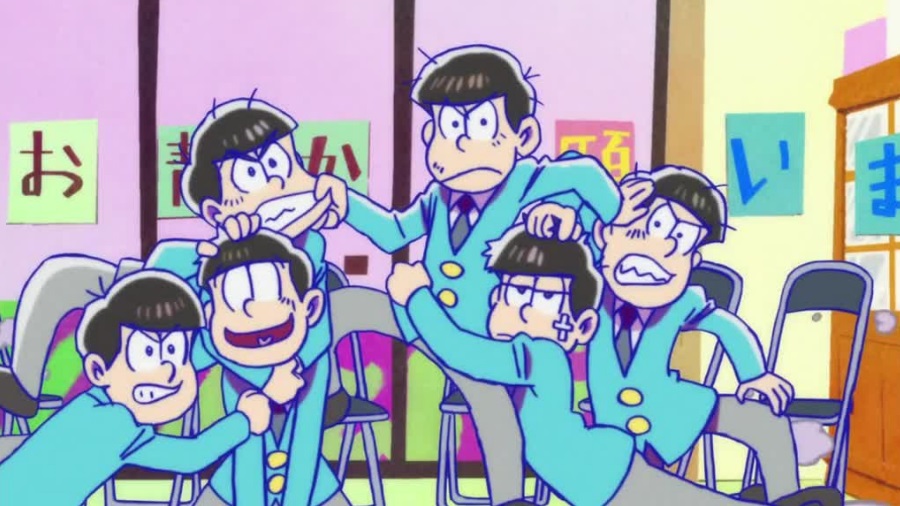 Arguably the weirdest part of Osomatsu-san isn't even something that happens in the show itself. Even with the extended Mad Max parody where the world desires body lotion, or the repeated gag where a guy rips off his own testicles to use as a baseball. No, it's that this reboot of a manga from the '60s with a bunch of jobless, horrible sextuplets has ended up being a massive hit amongst female fans. Nope, I don't entirely get it either. 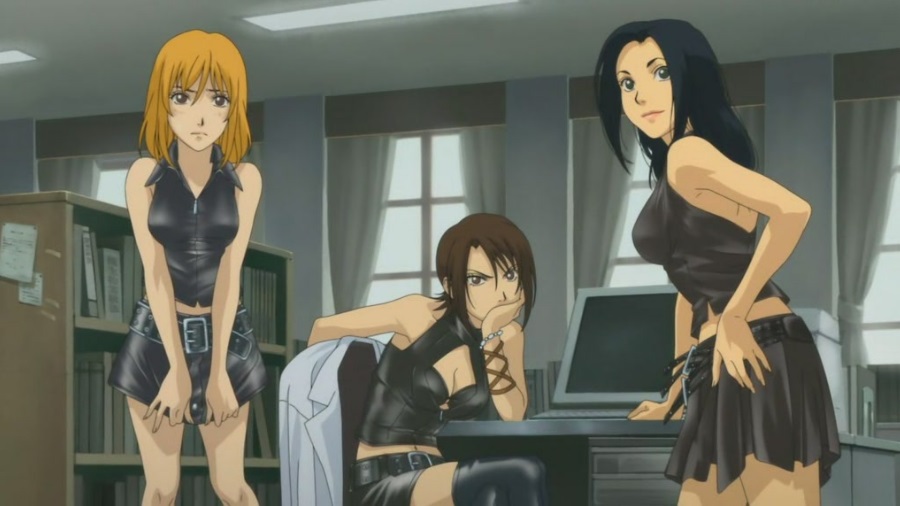 A series in which the main character can see bacteria as cute little floating creatures is an odd move, but not odd enough to make it onto this list. But when your series opens with a professor digging up a site thought to be his own grave to reveal a dead walrus which he then cuts open to reveal it's full of dead seagulls and proceeds to eat their rotting insides, you know you've got a truly weird anime comedy on your hands. 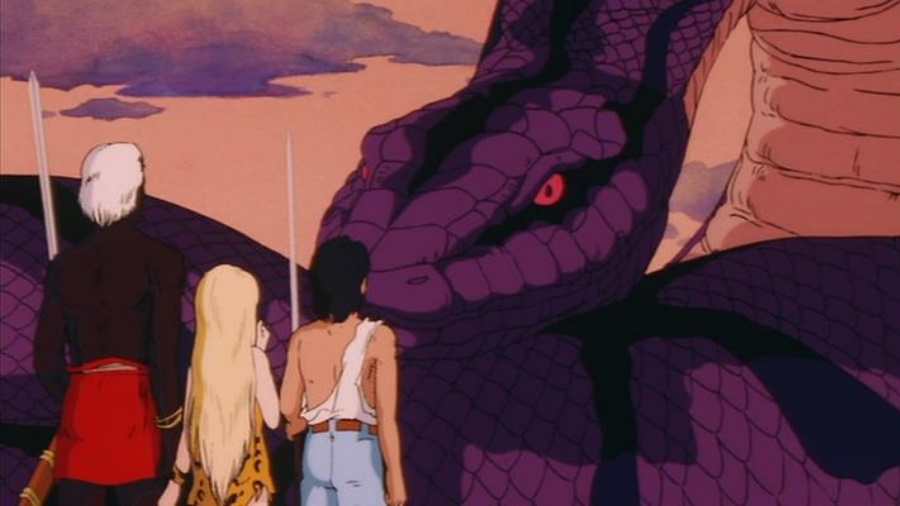 OK. So I'm pretty sure this wasn't intended to be a comedy. But when the giant snake helped the kids escape the Nazi atomic bomb then traveled through time after escaping from the underground lizard people and giant frogs and Zulu warriors who randomly change skin colour mid-battle, let me tell you I was laughing harder than any other anime on this list. Unintentional or not, this might be the greatest combination of weird and funny on this whole list.

An utterly bizarre two episode OVA in which a young woman attends a university psychology course that focuses exclusively on why people hold certain fetishes. It's cringe-inducing to the extreme but what makes it work is that it tries to take somewhat of a proper analytical approach as to why people have these fetishes. It's as clinical as you would imagine the scientific processes to be, while still acknowledging that it's all a bit goofy and weird.

As for the fetishes that are covered, we're not talking middle of the road fascinations like thigh highs. No, we're talking about things like the undeniable interest in seeing your boyfriend lounging on the couch in his underwear, and you can just see his balls poke out from the bottom of his boxers. They made a TV series after the OVA, but unfortunately it's not quite as good.

I thought I would never enjoy an idol anime. The Love Lives and Idolm@sters of this world kept bouncing off me. That was until I was introduced to Sekkou Boys, the anime where the idols are statues. More specifically, statues of ancient roman gods. They never move, obviously. They are statues after all. Their manager has to cart them around on a trolley to their various publicity appointments, damaging her back in the process. Their main competitor is a team of over 100 Buddha statues. The manager at one point loses one of the members amongst a large number of plaster cast replicas and she only finds the correct one because she drunkenly scribbled on his underside one night. Yeah, it's pretty ridiculous.

Before Hiroyuki Imaishi left Gainax, he left us with one last crazy piece of animation. Evidently inspired more by Western cartoons than their Japanese counterparts, he made the incredibly crude, pole-dancing, crime-fighting, demon-hunting duo Panty and Stocking. Do we mention the episode where armies of sperm attack a tissue factory because they are tired of not reaching their full potential? Or the one where they all turn into robots and we're treated to a sex scene in which we see a screwdriver fumble its way around a particularly difficult screw before finally penetrating the chasm and twisting emphatically to the sound of someone having a violent orgasm? It's hard to find an episode of Panty and Stocking that's not completely bonkers to be perfectly honest.

5 Weird Anime That Time has Forgotten

There's nothing wrong with frequenting a slightly predictable, stable anime that has some form of boundaries or limitations that you can count on. But we also need something completely unpredictable, something that doesn't make a lick of sense, because we must feed our desires for the strange.