Did you know before Right Stuf began with anime, they sold telescopes? Find out how they transitioned into selling anime, what has helped them evolve, and a view of the anime industry from Right Stuf President Shawne Kleckner.

If you’ve been in need of buying anime titles since the late 80’s, one of the go to places has been Right Stuf. From being able to purchase anime and out of print titles, to their daily deals and savings, lots of long time anime fans know who Right Stuf is. But did you know that before anime was their thing, they sold telescopes?

As President of Right Stuf Shawne Kleckner explains, all it took was someone requesting a 60’s anime title, and from there, that was all she wrote. We talk a bit about that, anime industry questions, and what the company has ahead in 2016. 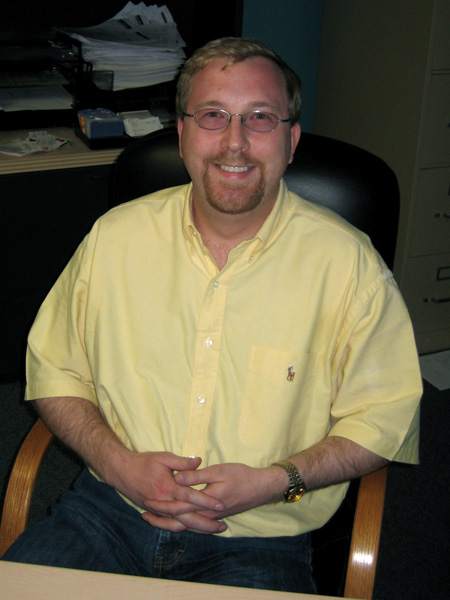 The President of Right Stuf in his office

Right Stuf has been around since 1987. Did you ever think you’d be running it for so long way back then?

So, going back to the late 80’s, we were selling telescopes. That was kind of the origin of The Right Stuff. It’s a space movie and at the time I was working with a gentlemen who was a big fan of Astro Boy and one of the jobs I had at the time was to go out and find these old film prints. We would restore them and it was well, why don’t we do something with this? If you’re interested in this I’m sure other people are too. So that was kind of how RightStuf began. During the late 80’s, early 90’s, we kind of focused on nothing but on that nostalgia, 60’s cartoon programming like Astro Boy, Kimba the White Lion (Jungle Taitei), Speed Racer (Mach GoGoGo), Gigantor (Tetsujin 28-gou), Eightman, and Princess Knight (Ribbon no Kishi). So those are the shows of that era, but really have been shown on TV in the states back in the 60’s, and as such people in the 80’s at that point had a bit of nostalgia for them so that was what we started the company with. 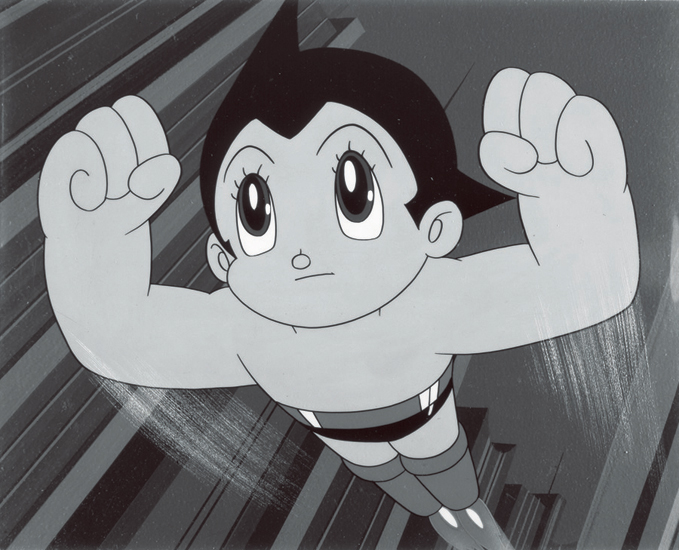 
Can you share some things that has changed how Right Stuf has operated since then?

One would be the internet. Social media would be one, just because that’s changed how we operate, and a lot of it also would be advent of free e-commerce technology. We did re-do our website and our back end systems this last year and that was a huge change for us because we were finally removing a system that had technology from back in the mid 90’s. We were getting to a point where the technology was going to be depreciated, we were concerned about security concerns with it, or it was too difficult at this point to maintain. So that in itself was a huge change. So any technology change comes with its struggles so we did have a struggle getting it moved over the summer but I think we’ve gotten through most of those issues at this point.


What turned out to be the biggest challenge with the new Right Stuf website?

Well the biggest challenge, and I try to give that information to people, was we took out every single system in the building all at the same time -- shipping, royalty, accounting, warehouse, every one of those pieces were all replaced at the same time. Now a lot of that was code we’d been developing for a long long time and in order to get to that point, you can only test things so much when you throw them out in the real world. Obviously, your customers test it for you and they come up with things that you may haven’t thought about. We struggled with it and one of the bigger problems was that our card processor wasn’t working the way we expected, but that’s also very difficult to test real time. So the biggest challenge was that it was not just one challenge, it was ten or twelve of them at the same time and I think you’d find anybody who’s gone through an enterprise resource planning change or through a system change like that will tell you it never goes the way you expect it will. It’s a lot of long hours for IT, our customer service and our warehouse staff.

A difference in visuals -- the old Right Stuf website...compared to the new one.


You mention reaction to the change -- did anything surprise you about the reception?

Any change is scary to people, and when you come into a website that’s different than it was before people do have some trepidation. The fact that it was a change was concerning to people, it was like, “why didn’t you do this overnight, why didn’t you tell us ahead of time,”etc, well at some point you have to make a decision on how you want to launch something like that and if you tell everyone upfront that there’s going to be a change then you have other problems -- people aren’t happy, they don’t want the change. It was one of those 50/50 things where some people were excited, some people weren’t. It is a completely different feel to what the old site was, but at the other side of the coin is that the capabilities we have with this platform now is so much further beyond what we had before that I can see, as my developers work all year, this year we’re going to be able to add all kinds of stuff that we’d never would’ve been able to do before simply because the platform is much more extensible.


How have you seen anime streaming’s evolution since you mostly sell physical titles? How has it affected Right Stuf?

Streaming has always been something we’ve struggled with -- in Japan streaming was something that came on very late, and it was something all the U.S publishers wanted to do, but Japan would hold us back and say, “No you can’t do that, no you can’t do that,” Crunchyroll came in and was able to build a business model on that and convince them that that was the way it needed to go, and since then streaming has evolved in a much different fashion. I was of the opinion back in the day that streaming was kind of a detriment, that you’d have a problem because people would not buy because they were streaming. I’ve kind of revised that opinion because streaming has taken on a role within our market that is different than it has in the past. It used to be, “Well I’m gonna go download this show and now I don’t have to pay for it.” Now it’s more of a preview, it’s replaced like Cartoon Network used to be with their Toonami stuff, it’s essentially television for anime. I’ll go watch that show as it comes out and then if I really like it, I’m gonna buy it. So I definitely think there’s been an evolution, but not only in my thinking but just in the environment over the course of the last ten years, definitely on how streaming is a part of our marketplace.

Also being able to bring these products over, people being able to see them much more quickly which is a fantastic thing for our marketplace VS what was there before.


What do you think are some key traits needed for breaking into the anime industry?

Well having a really big wallet would help…laughs I mean to break into the market at the moment would be expensive. There’s not as much dubbing going on so there’s a limitation in how much money’s available for voice acting -- but it depends on what you’re looking to do. If you’re looking to start a little place that sold products at conventions you could certainly do that. If you want to start licensing products and bringing it over to the states then I would say you’re gonna have to bring out a sizable wallet. Like you notice some of these players are making investments directly into the Japanese productions now.

Yeah, FUNimation and Crunchyroll, both have gotten on committees in Japan and even if you look at like Sentai or old ADV was involved in productions in Japan as well. 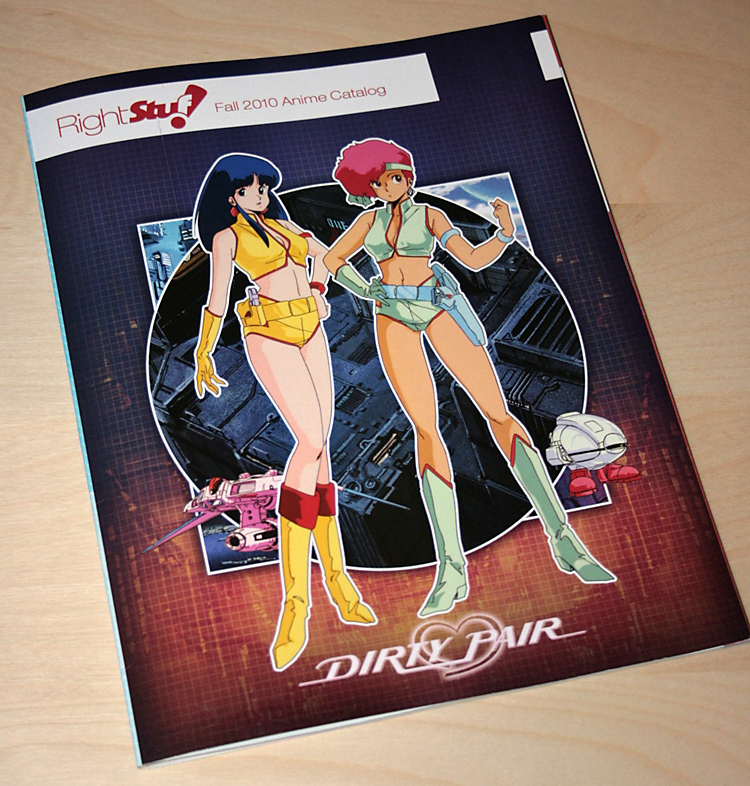 For those signed up to Right Stuf, expect this catalog of current and upcoming anime titles in your mailbox.


Finally, what should we be looking forward to for Right Stuf in 2016?

Well we’re going to continue to evolve our website. We have a lot of plans that we’re going to do with that. We’ve added several lines of product, including the nice Resin figures and model kits, and we’re going to continue to expand that work as long as we can work with Japan on trying to bring over merchandise in a quicker fashion because that is one of the keys to getting a customer interested in a video product. Our licensing division has moved onto BD releases, we have a lot of Gundam coming up, we’ve just announced the second part of the Zeta Gundam BD set, and we’ve got other BDs that are on the horizon so I would say more of the same, but the next evolution forward from it.

What does it take to actually make it in the anime industry? Crunchyroll's Victoria Holden gives some advice, while also reflecting on her first impression of Crunchyroll to her thoughts on the company today.