Waiting for the next installment of the anime or the next chapter of the manga can prove to be quite boring. Memes are a great way to pass the time and get one's Bleach fix. Read on for 15 funny Bleach memes that will have you grinning at your computer screen in no time!

When it comes to memes, Bleach is one anime that has a lot circling around. One reason for this is the popularity of the anime itself. Other than that, the show contains a lot of subtle hints at humor that can be exploited for meme purposes. With memorable characters, scenes, lines and associations, you'll find that there are plenty of memes out there based on this series. Of course, with such a high popularity also comes the down side of having a lot of memes that are sub-par or are barely entertaining at all. We've taken the liberty of finding the latest and the most entertaining memes so you won't have to waste time searching for them yourself.

While nearly every aspect of Bleach can become a meme, there are certain characters and concepts about the show that prove to be more popular for meme creation. Let's go through them one by one. 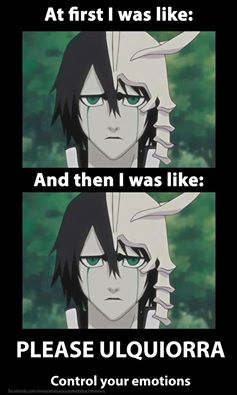 Ulquiorra is one of the most popular antagonists to ever grace the Bleach stage and an iconic figure in the main storyline. However, this is not why thousands of people search for 'Bleach Ulquiorra Memes' on the internet every month. No, it is this fixed expression. The emotionless glare of his eyes sucks you in and doesn't let go until you give in and laugh.

The Sexual Tension is Real 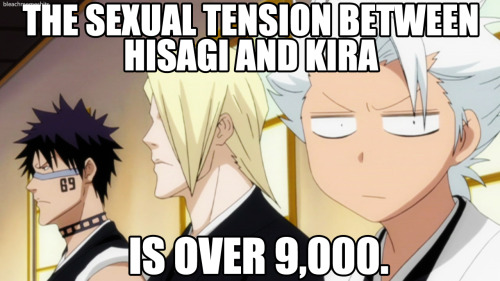 Some scenes from the Gotei 13 are filled with a lot of funny "awkward" moments. Even some of the most serious captains and vice captains can't escape their feelings. 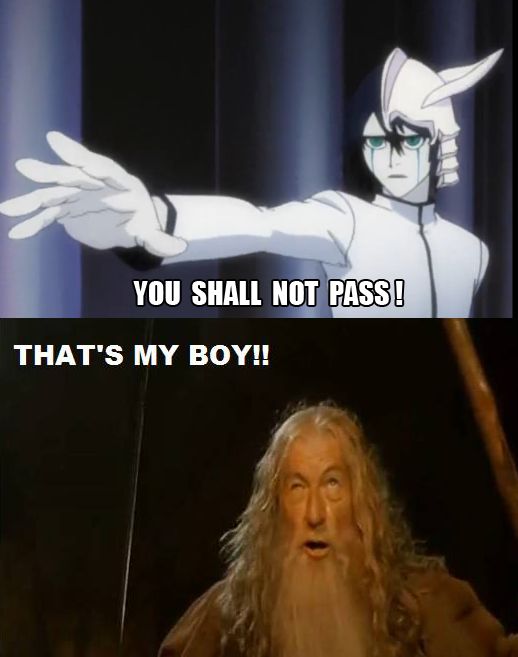 He wasn't trying to be rude. It just runs in the family. 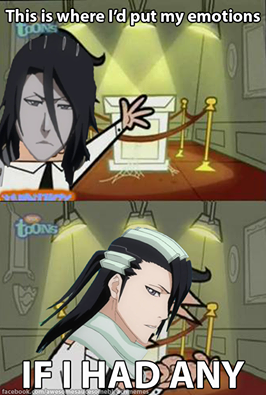 Captains also make for some pretty funny meme material, as they all have qualities that are humorous when reflected in a different light. Who knew Byakuya and Ulquiorra had something in common. 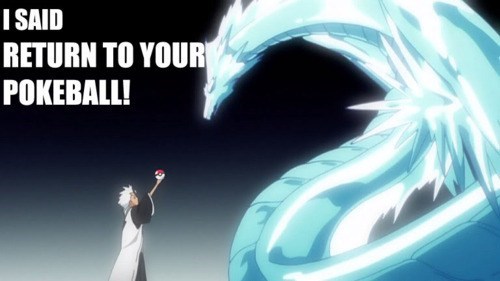 You can really do a lot with editing software these days. This meme allows you to imagine Hitsugaya as a Pokemon breeder. 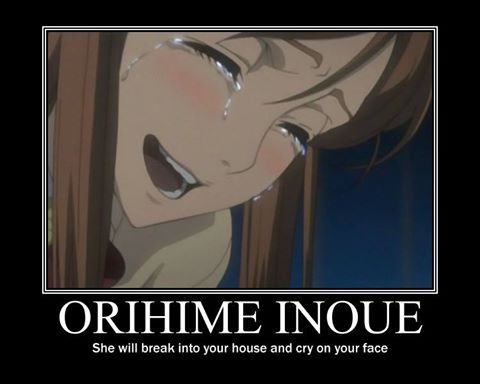 Out of all of Ichigo's friends, it's the innocent Orihime that gets a lot of memes. It may be due to her naturally comedic nature, especially during those "not-so-serious" moments in the anime. Aside from that, Orihime does tend to be a little dramatic.

With the beginning of Bleach also came the peak of meme popularity. During this time, Orihime became the basis for what would become one of the most popular anime-based video memes ever. It's unusual how this video titled 'Leek Spin' got more than seven million views. The song itself is titled 'Ieva's Polka' which somehow fits this animation loop of Orihime spinning a leek... over and over again.

Somebody Had to Ask

Funny enough, the most used topic for Bleach memes is the title itself. Anime titles do get a bit weird at times, but Bleach has got to be one of the weirdest, being named after a household cleaning product.

Somebody Had to Answer 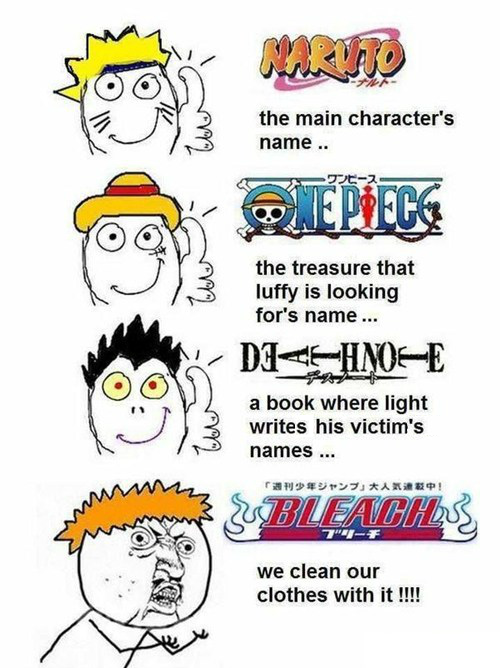 No answer is the wrong answer. 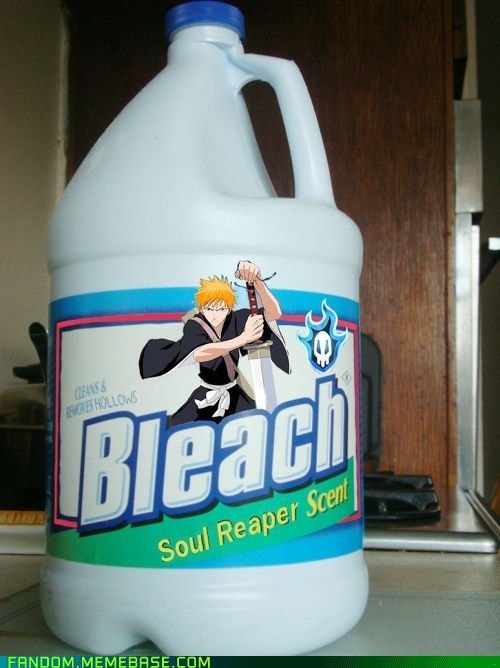 Come on, you know you've thought about doing it at least once. Bleach might even sell a bit more if they added the anime logo on the label.

Fact: There are actual bleach products with the Bleach anime endorsements and logos. 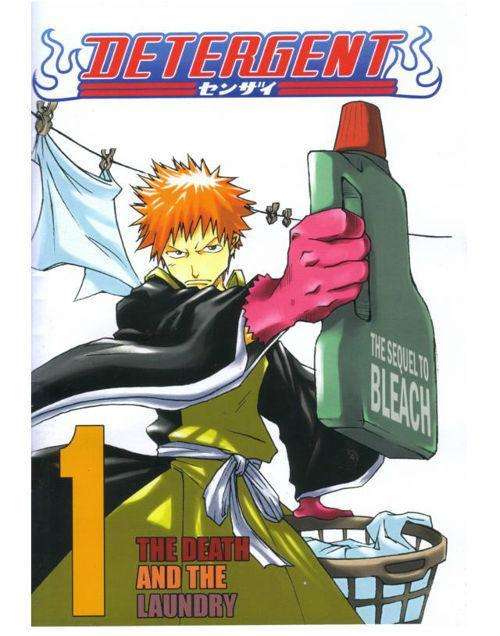 As you may have noticed, this meme is an edit of the original cover.

Fashion at its Finest 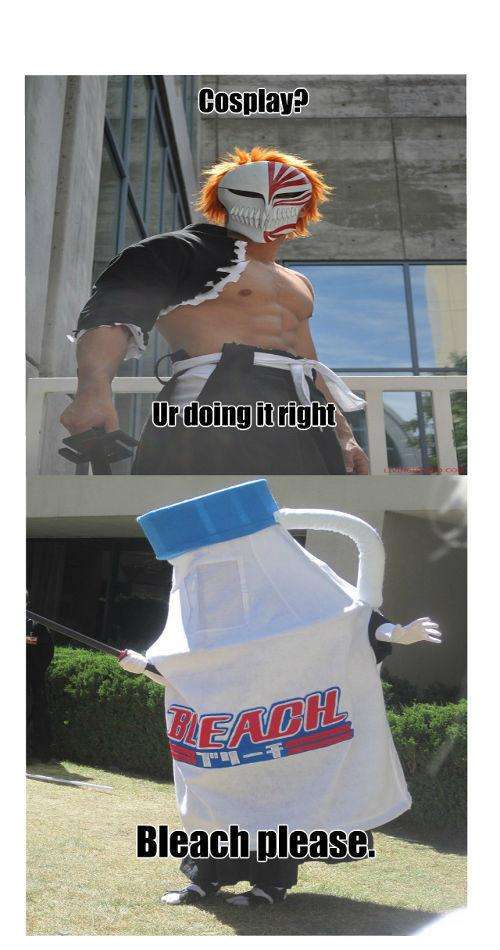 Even cosplay has become an outlet. I think I just found my Halloween costume for next year!

Nothing More Beautiful than a Father and Son Bonding 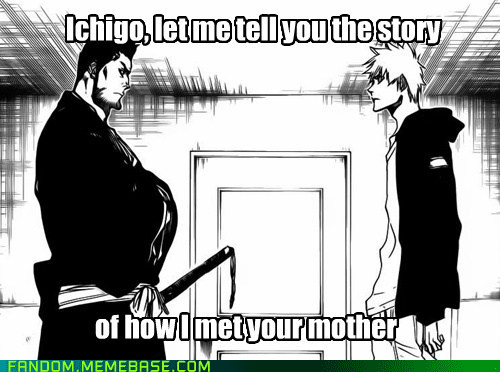 We come to what is probably the most common theme in anime memes. With the ability to edit as we please, we might as well do some crossovers and references to other popular franchises. Bleach can be referenced to a large number of shows and sources. 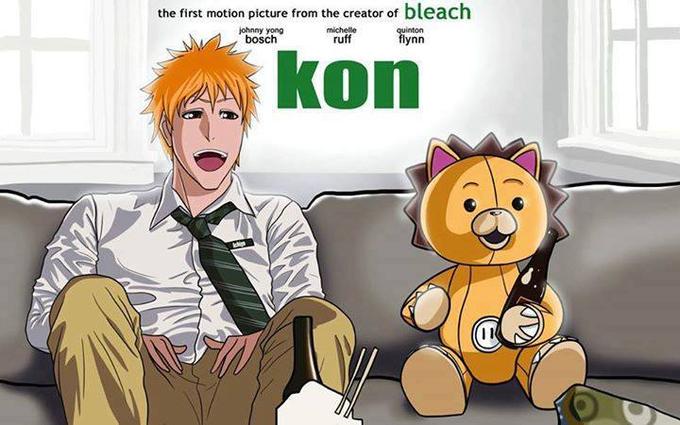 This has got to be one of the best meme collaborations ever. Fans worldwide are already looking forward to the sequel.

Bleach: Battle of the Memes 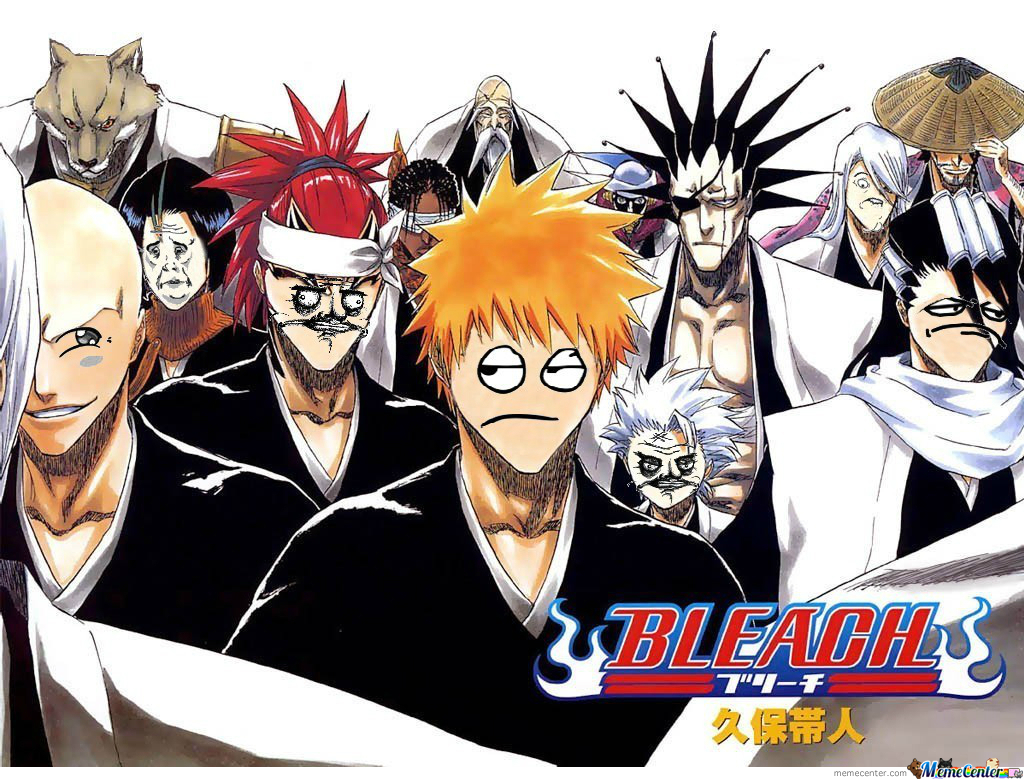 Like any other anime, we can also interchange the faces to represent the classic meme expressions.

Hopefully you've had a bit of a laugh and were entertained by these Bleach memes. While the next installment of the anime may still take a while, there are many ways to entertain ourselves while waiting... like more memes?!

Come check out the Attack on Titan Memes and Naruto Memes articles for more fun!