In episode six of Prison School, Mari's Codename DTO commences as she plays mind games with the inmates. Who will be the first to receive her cruel psychological punishment? Also, the term "eye for an eye" is taken to a different level with pee. 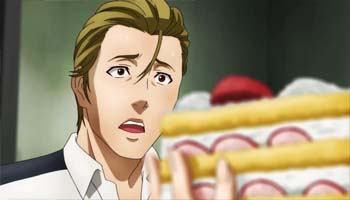 In this episode of Prison School, Codename DTO is underway and a crucial piece of this plan involves a snitch. Recognizing his role as the group's ringleader, Meiko lures Shingo into becoming the council's snitch using cake. He took the bait hook, line and sinker. The DTO plan aims to turn the school against the inmates so that even the chairman, who insists they are good boys, has no choice but to expel them. The plan involves a lot of underhanded schemes, to illustrate to the girls of Hachimitsu Academy just how bad these boys are. 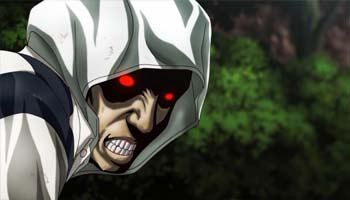 This week, Joe is targeted by the Underground Student Council. Joe's love for ants is used against him, and with Shingo helping to setup the trap, witnesses his precious ants devoured by Mari's crow. He snaps and knocked Meiko down when he was being reprimanded. It wasn't enough though. Joe wanted to hurt Mari herself and lunged at her with a sharp stick. It's a good thing Kiyoshi got to him before anything serious happened. Codename DTO is proving to be a masterful operation and Mari's mind games are so effective that they bring instant results. She plans on using stress to break down the inmates' spirit, and even went as far as to get one of them to snitch. Codename DTO will turn the inmates against each other while Mari plays more mind games with them. It's a one-two punch that guarantees to get the boys to leave Hachimitsu Academy unless they catch on and fight back. 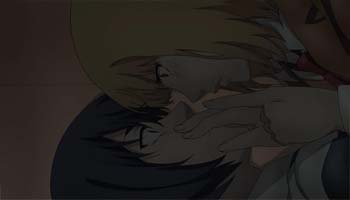 Hana is still relentlessly exacting her revenge on Kiyoshi. She corners the guy in the nurse's office, and then plans on doing the same thing Kiyoshi did to her - he saw her pee once, and unintentionally showered her with his urine. Someone entered the room before Hana can start though, and it just happens to be Chiyo of all people. Chiyo sees an empty bed though and wonders where Kiyoshi is. He's under the bed, of course, with Hana and both of them pants-less. It's a bad situation all around topped off with Hana noticing something stiff poking her. Nothing too insane happens, since Chiyo left the room just in time for Kiyoshi to apologize profusely before discovering Hana has passed out. He is especially lucky as Hana doesn't remember anything after hiding under the bed, possibly passing out from shock and repressing it afterwards. 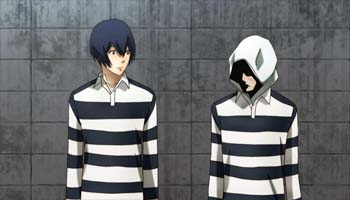 Joe is the highlight of the episode, and it was surprising seeing him lose his cool. Mari underestimated the inmates, since even she was shocked when Joe tries to stab her. Kiyoshi took a bullet for Joe, by stopping him from hurting the president, and this act of heroism made Joe respect Kiyoshi. Joe no longer shuns Kiyoshi, and his newly achieved calm demeanor might play an important role when the inmates retaliate with their own DTO plan. It's coming together perfectly as well, since Kiyoshi has already caught on that Shingo is a snitch for the Underground Student Council. 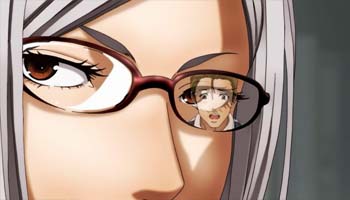 Shingo is really being built up for something big but seeing him enticed with cake to betray his friends might mean he's going antagonistic. It makes sense since Kiyoshi is being poised as a hero, ready to take the alpha role away from Shingo. Kiyoshi bleeding for Joe, while Shingo is eating expensive food with Meiko, gives you a good idea where his path is heading. It's sad that Shingo doesn't realize he's being played by the Underground Student Council but he'll learn his lesson soon enough, since it makes a lot more sense for all the inmates banding together to defeat the Underground Student Council.

Shingo's role as snitch will bite him in the behind soon enough but Kiyoshi might forgive him and tell the prisoners that the Underground Student Council is the real enemy.

This episode features Joe being targeted by Codename DTO so the later episodes might focus on the other inmates. Mari's psychological attack on Gakuto still looks the most dreadful.