Do you love history? Did you ever wish that geopolitics were presented in a more user-friendly manner? Welcome to the anime Hetalia, where wars and trade disputes are presented as goofy misunderstandings between high school boys. Laugh and learn with these Hetalia GIFs!

Depending on how you view history, Hetalia is either the greatest thing since slice bread or your worst nightmare. To summarize, Hetalia is a show that takes metaphorical license with world history. Countries become teenage boys and historical events become pubescent hi-jinks. Needless to say this show is crazy and extremely funny if you don't mind ethnic stereotypes and implied boys love whenever two countries sign a trade agreement. 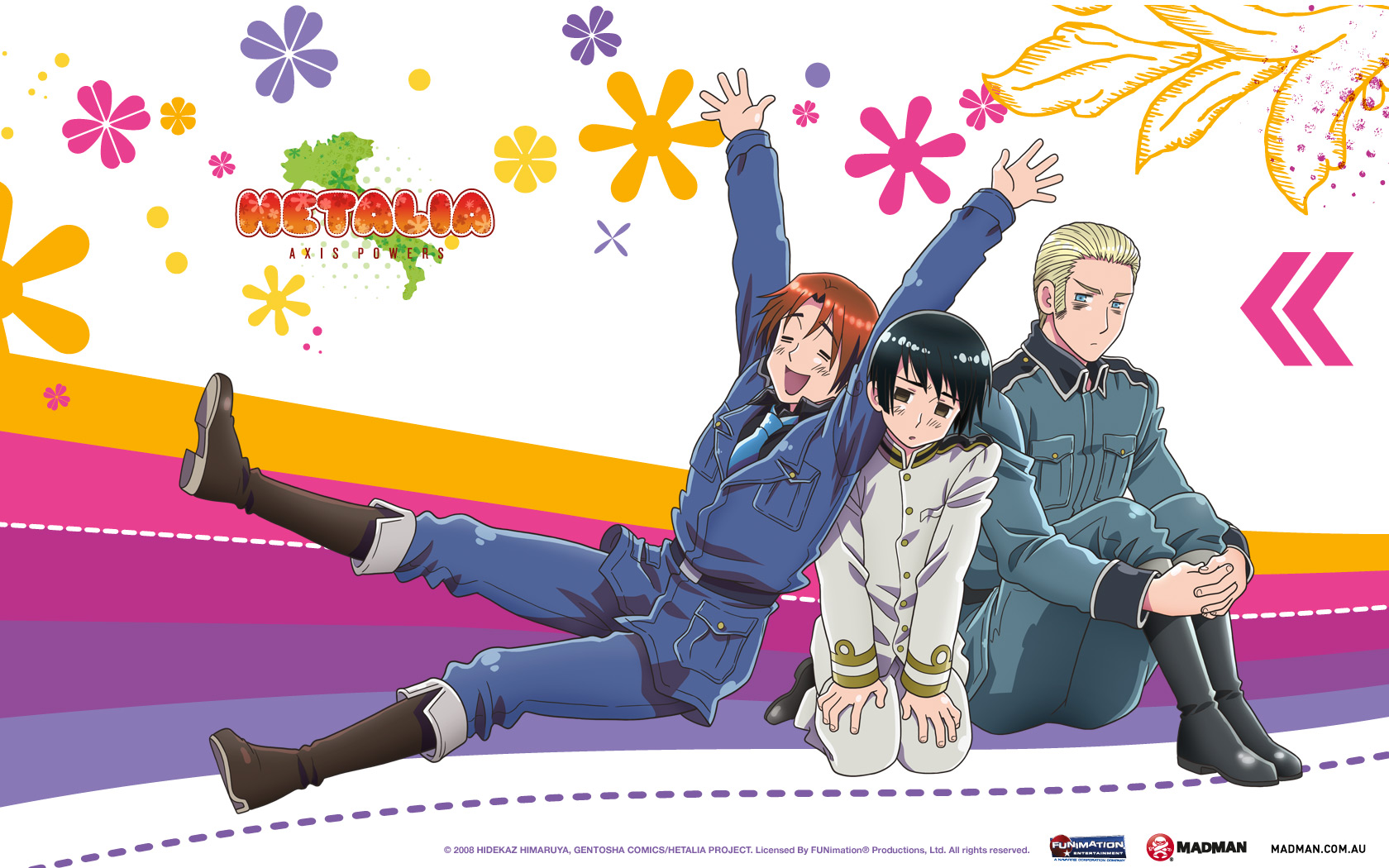 To put things in perspective; China, a member of the Allies during World War 2, wonders why Britain and America have a hard time controlling their respective nations. "Things are so much easier when you have a totalitarian government." to quote China. Likewise America is an energetic, self-centered, powerhouse with a hero complex.

Unsourced GIFs were made from FUNimation's free stream of Hetalia.

The Allied Nations have FOMO

"Why weren't we invited to their bonfire?"

Nobody likes a third wheel, Italy.


Geopolitics in a nutshell

The Holy Roman Empire is a perv

I don't think the Italian Wars of the Renaissance happened quite like that.

The Holy Roman Empire gets hit by one of cupid's arrows.

His heart is going doki doki

All is belong to America

"You're telling me there is a country called Georgia?"-America

It didn't go so well

Anyone want to watch Insidious?

LET US LOVE YOU

England having an identity crisis

Italy's got a need for speed

Whether it be White Castle, Five Guys, or In n Out, everyone's got a favorite burger joint!

The secret to Germany's suaveness

Okay, so Hetalia is a little light on history and heavier on the comedy. But no one can deny it's super entertaining. And maybe you'll learn something along the way!