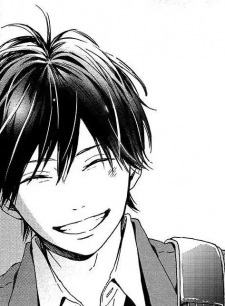 Did you buy it on steam to watch?

SkiesOfBlue Jan 19, 11:14 PM
LOL, it's totally fine. It was a very surface level question if anything.

Everyone likes Yennifer because she's very strong and confident but also sensitive and affectionate. I also went through the Yennifer route merely because I didn't know Triss was going to appear LOL!

That being said, I personally prefer Triss because she's more chill and easy to get along with. Plus I have a small thing for redheads LOL.

Henckel15 Jan 3, 7:20 PM
Definately a huge headache. Every time I get close its snatched from me as well. Walmart being the worst as it gets into the loading loop of doom. I wonder what the dates are for chapter releases. According to mangafreak there was a month of 3 chapters then 1 and then to the 2 were used to now. Maybe I've been spoiled too much with naruto chapters once a week from 3-4 years ago

ishann Dec 9, 2020 6:20 PM
Hey man I saw your forum post on chicchan kanojo senpai about there being a sequel, do you know of a release/start date for it cause after finishing those ten chapters I feel empty ;(

Koogmaster Nov 29, 2020 6:19 PM
I really like your videos on ghost of Tsushima,I love that game so much and your video was pretty good.Keep it up!

Raymond_Z_Ace_11 Nov 14, 2020 5:00 AM
Thank you so so much for the conversation,, really appreciated,,
Btw if you don't mind can I ask you another question??
Do you think is there any anime exists which is absolutely perfect? For example, I have watched only first 10 episodes FMAB, and when HE died at episode 10,for some reason it doesn't felt an emotional scene even a little bit... but I cried like shit when HE died in the Original FMA.
Even highly praised Steins;Gate and HxH(2011) has issues,,,,
The first 11 episodes of steins ; Gate looks like fillers and The Chimera Ant arc is slow compared to other Arcs in HxH

Raymond_Z_Ace_11 Nov 13, 2020 6:09 AM
There will be more Monogatari anime adaptation in the future,it was confirmed by the shaft studio itself.
Well,if I were you I wouldn't even bother to watch the index series, everyone saying that it's a disappointing piece of shit.But the railgun is really well done.
And have you already finished Aot S3?90% of my friends telling me to finish 3rd season.(And I didn't watch it cause I can finish S3 only in 2 days....then I have to wait for the 4th season and I don't like waiting at all.)
I really wanna know your opinion about Fullmetal Alchemist Brotherhood,,,which is the top rated anime of all time.But people are saying it's no masterpiece.....it's so high rated only because of the last episode.I haven't watched FMAB but I watched the original version.Even tho it was ruined by fillers ,,it was still good as hell.

Raymond_Z_Ace_11 Nov 11, 2020 9:29 PM
I am also watching the monogatari series in the same way, already done with kizu and Neko, now it's time for bake!!
Umm... BTW why u didn't do the same thing with Angel beats and Toradora? U know, the [English Dub] thing?They are also good at dub.
I also prefer dub>sub IF the Dub is worth.... Like Assassination classroom, Welcome to the NHK!, Eden of the East etc

ishann Nov 3, 2020 10:53 PM
ohhhh manga, well if it's coming from you, then it must be good so I'll be sure to indulge myself in some romances mangas. Thumbs up :)
All Comments