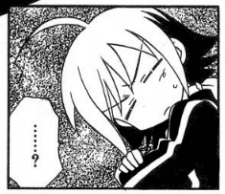 thelivinglegend Aug 20, 2020 9:59 AM
Wow that's the first time I'm hearing about this film. Yeah I wanna watch Only Yesterday and Yamadas too. The good thing about Isao's work is that they are not exactly ingrained into the anime pop-culture scene so I can go in completely blind which I don't get often.

I see that you've watched Barefoot Gen too. I know about that infamous scene but how is the rest of the film?

thelivinglegend Aug 17, 2020 8:38 AM
It's probably my favourite coming-of-age film of all time, and I've watched a number of them. Speaking of predictability, I actually don't care about "predicting" the outcome, the journey itself should be fulfilling that's all. I don't generally assign a lot of importance to the plot or the ending to be honest. That's also why Totoro meant a lot to me, it was simple and effective. It's also interesting to see how he tackles themes of nature in a lot of his films, especially in Princess Mononoke where he takes a strong stance. I couldn't finish it a few years back due to other circumstances and when I went back it sort of has a razor-focus and tight pacing unlike his other films. Slightly preachy though.

Yeah I know I mentioned that in particular because the artstyle looks amazing. I'm also looking forward to watching his other film, Grave of the Fireflies.

Was that the movie where Miyazaki makes sort of a back-handed comment on his son after watching it?

thelivinglegend Aug 16, 2020 10:36 AM
KiKi's Delivery Service is actually my favourite film from Miyazaki, followed by My Neighbour Totoro. Both have really simple plots I guess but I don't assign a lot of importance to the story. I think both films were the first from him that had an extremely organic flow to the narrative where you are really immersed and aren't taken out at any point. The characters feel extremely natural, coupled with ridiculously gorgeous art and animation.

Kiki's arc isn't really about making big or anything, she works really hard doing menial work at the bakery and basically starts to figure out her day to day life, and it was really wonderful. Last week I finished watching all of his works, and I liked all of his stuff but if I had to rank them it'd be all over the place.

I was supposed to watch Tale of Princess Kaguya today but couldn't unfortunately.

My issue with Your Name's third act is the predictability. Like I knew nobody would believe them, and then they basically announced everything and it all seemed chaotic, but it actually wasn't. That's the only part where I couldn't get into it. I liked the ending though.

thelivinglegend Aug 14, 2020 9:18 AM
I liked it more than Your Name. I felt it had a weak third act. It had some questionable parts like children being able to physically handle grown adults and certain cringe-worthy elements but those didn't bother me all that much. Overall a fun film. Shinkai loves rain though.

Burns-y Jul 23, 2020 8:09 AM
Nah I'll be working from home I won't have to go out much. And yes the training works it's something that can be taught online easily.

Burns-y Jul 23, 2020 5:29 AM
Training is already going on via zoom and google meet. We should start for real in October/November.

Burns-y Jul 22, 2020 7:29 AM
Well I think that conversation ended when you didn't give any counter points and sort of just agreed with it. What's happening in your uni is pretty normal for now and at least it's not worse. People are wearing masks I presume? Unlike the USA...

Burns-y Jul 21, 2020 1:31 PM
Anyway this is boring. What's up with other stuff? There's some covid vaccines being tested in the uk and india so that's some good news. What are you doing? I've barely left my house for the past 5 or something months. I know russia also has it pretty bad. Do you still teach?

Burns-y Jun 29, 2020 7:45 PM
If germany's system can be replicated then that is a very good and more countries should try to go in that direction. Though I don't know much about germany outside of the world wards and what it is now and so can we rule it it's just luck or something unique to germany.

The trade tariffs are only a bargaining chip if a country has low tariffs in the first place and having a lot of goods pass through it's borders. Otherwise very few would care. Both US and China are such countries.
Also it's not just the US I was thinking of. Most of the middle east especially the UAE and Saudi arabia's economy have exploded thanks to oil of course but also their almost non existent taxation leading to many industries popping up and now they're a huge immigration destination. They have so many immigrants and yet they're still growing and new jobs along with it. Very similar to Economic hot spots like Hong Kong, Macau and Singapore.

How is money supposed to come into the country if taxes are scaring off investment and development and hence job prospects? A country that is a closed system will only circulate money within itself to the government and back and have zero growth or shrinkage. India already being a huge market for companies and source of labour will benefit a lot more from more companies setting up shop here. The more businesses, the more competition for employees, land and resources and that's what drives salaries/spending/education levels up.

Do read this.
https://en.wikipedia.org/wiki/Licence_Raj
That was due to scars left by the british rule which started as an unregulated company which ended up taking over the country. In response they decided over total control after independence and effectively stagnated the country's growth. Just look at the rate of growth after it was dismantled. A clear case for economic liberalization. All throughout post independence history there have been national companies becoming privatized because the government only knows how to lose money operating them and it continues to this day and will only keep doing so till they learn to stop interfering.

Burns-y Jun 24, 2020 6:16 PM
I don't know about germany's and the other countries' economic policies but germany probably got rich off the industrial revolution and the socialist policies might have come later which is a very good spot for the citizens to be in. Anyway even if germany is socialist in name it probably has a lot of liberal policies making it the richest country in europe (maybe idk).

There are some agri products that can endanger the local market like I remember hearing about possible dairy imports from china being one of the reasons India left the RCEP. And with that sector employing 70% of the workers in the country they don't take chances.

Can you tell me how the USA is protectionist? They don't have crazy taxes on imports and India definitely has more such taxes. Even trump mentioned that.

India's taxes are not that high if you just look at raw numbers. But if you compare it to scandanavia, they get free healthcare and higher education and unemployment benefits, disability benefits and tonnes of local products meaning they rarely need to import. And with the incomes being that much higher they earn enough to be happy. Meanwhile we get crumbling infrastructure and no redeeming befnefits.

Burns-y Jun 23, 2020 3:02 PM
Depends what you mean my production. The economy consists mainly of agriculture, and service based companies and manufacturing is small scale manufacturing of handicrafts and similar labour heavy activities. Large scale manufacturing is there but they're not too many in number and it's basically negligible considering the population of the country. Basically every industry that my degree is directly useful in is government owned and monopolized too and they don't really act as profit seeking companies should instead operating in ways which are closer to doing social service.


Plus taxes on private companies are 30% and same for anyone earning 19.7K+ USD per year because the majority of people don't have to pay taxes and they make it up by taxing the top bracket really heavily, and don't even get me started on the insane import/export taxes. It's supposed to be so foreign companies/products don't flood the market and make people buy local and it works for groceries and agri products and a number of other things but for "Luxury" products like computers, TVs and cars and probably a lot of other things too there is no indian manufacturer making them meaning we end up earning less and paying way more for the same products.


So it sucks to import stuff, and it also sucks to start manufacturing in india so companies that require factories and large number of staff don't even start up and you get the situation India is in with so many jobless engineers (and some other occupations too but those reasons are different but just as fascinating).So with a surplus of supply you should be able to see why it's the best ones that get the jobs they want.


Oh and did I mention the rate at which india bleeds it's smart and talented people? They move on asap to other countries with better salaries and working conditions where they actually have the capability to leverage and use their knowledge.
India is going to be poor as long as it has the words socialist and welfare state in it's constitution and I can guarantee that. Also protectionism is limiting the free market economy so it's just another side of the coin of socialism.

Burns-y Jun 21, 2020 3:41 PM
I think we can blame it on the manufacturing and design sector being so piss poor in the country along with the socialist protectionist policies of india stifling growth. Only the IT and knowledge sector does well because it doesn't require setting up major infrastructure.

Burns-y Jun 17, 2020 3:52 PM
No it's really not the case here. Most degrees go into unrelated fields anyway. Getting into actual core related field jobs is really only for the best of the students or those going to the top institutes. It's partly to fix those two mistakes I made and having far more options and scope for growth too. I will be doing it locally, it's too risky and not worth it going abroad.

thelivinglegend Jun 17, 2020 7:00 AM
Well it's a lot more snappy than a typical KyoAni show, and a bit more uglier but also that's every other anime. It's more Quantum bullshit than Quantum physics. Each arc involves a girl getting some kind of a supernatural problem that's called the "adolescent syndrome". Stuff like being invisible to almost everyone, another clone of the person existing, being caught in a time loop, amnesia etc. And all these are explained by Quantum Mechanics. Sort of.

Oh. Well to be honest I haven't read any comic at all. Be it in Marvel or DC. I just watch the films and I'm not the biggest fan of most of them. But nice to know you like them. I think there was a really popular Green Lantern storyline a few years ago but I forgot what it was.

If you are interested in another anime film, I watched In this Corner of the World. We are actually doing this for that AMF group watch thing. It's an amazing film, about common people being caught in the middle of a war-zone from the perspective of this clueless young woman and her family.
All Comments