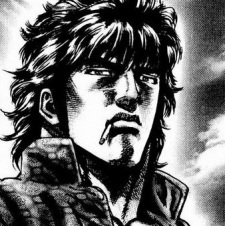 ArtaRay Sep 22, 2020 11:30 PM
Dororo doesn't even have the horror tag on it so I have no idea what you were complaining about regarding the demons. Average Battle Tendency fan

link9us Jul 20, 2019 1:06 AM
Just read your Dororo Review and one thing you have to understand is this is an anime remake based on a 60's tv series. So knowing that there is bound to be more 60's elements present like monster of the week formats, visual differences and even a cheesy plot is honsetly to be expected. I can't really judge at this point since i have seen only 4 episodes so far and I so far do like it. How ever i really don't like how some reveiwers rate something poorely due to being a show that is remade and retains classic trendes of 60's or 70's anime. That is like me saying "well i watch Gatchamaon but the whole thing was a snoose fest because it was monster of the week" Of course it is, it was aired in 1972. Structural naratives didn't actually start coming into play until late 70's, early 80's. Dororo is a 60's anime.

Not saying this is you, its just something i have noticed alot with the community, people will rate something poorly because its old or a remake of an old classsic that doesn't compare to today's standards in sophisticated story telling. All i ask is for you to be aware of this well your rating something.

Golga Mar 27, 2019 6:04 PM
I know it was just a typo (or multiple), chill. Anyway, your review still seems a little weird. You're saying Dororo is "too formulaic" and "monster of the week garbage", but have Stardust Crusaders in your favorites, which is at least 80% formulaic villain of the week? What's up with that?

sheroze Mar 27, 2019 1:07 PM
Dororo and Hyakkimaru are different characters you clown
All Comments