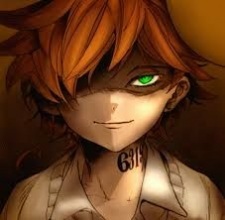 Have you ever played the MASTER LEAGUE on Pro Evolution Soccer? Well, if you have no idea what I'm talking about it's basically a game mode in which you are a lame player / manager and have to become stronger in order to win the leagues and be promoted and considered a great team. Giant Killing is about falling and shows us the perspective a football team manager has. How do you control every team player? How do you become stronger? Is the budget enough to bring new people? Give GK a try. You'll certainly love it.

This title has also be written and drawn by Captain Tsubasa's author. NEVERTHELESS... There are no Tsubasa Ozoras around to be the stars in this anime. Just guys who have to try hard in order to win. Failure is part of progressing. This show is ideal for those who were really mad because of the fact everything was always perfect in Captain Tsubasa. In my opinion, the author did this on purpose! lol

There are no monsters here but...WAIT!! Some human beings are in that category right? lol Kurosawa, the protagonist, is a grown-up man who is similar to Niito (NEET) because he is just an underdog who allowed life to pass by! How can he move on? Find it out!!

Both of them start with a lame protagonist who finds himself in a tough and "unfair" world. Kaiji also has a prison arc which makes them even more similar. If you liked this show, you will definitely love Kaiji!