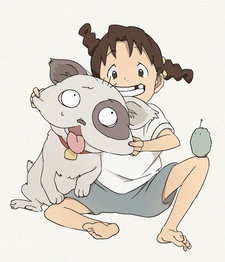 Brobot Apr 25, 2018 3:37 PM
It's fine, no need to apologize. So you're my sakuga kouhai. <3 Well, it's really nice to see how accessible sakuga and the anime fanbase's awareness for all these neat production details has become. That way even new anime fans can appreciate all these great talents and all the hard work that goes into the anime. We probably have sakugabooru to thank that for. Of course, there is still a lot of people who don't bother with all this stuff, but it was way worse back in 2006-2012. Every crazy sakuga episode of a remotely popular show like Utsonomiya's Aquarion #19, Kobayashi's TTGL #4, Ikehata's Zettai Karen Children #27+#37 and the one and only Naruto vs Pain episode by Wakabayashi were always accompained by huge shitstorms and a lot of misinformation. Without anybody knowledgable in the field people would just dismiss it as bad or lazy animation and every attempt to tell them that it is actually the opposite would be ignored. Being a sakuga fan can be pretty frustrating in these moments. Still, it helped me find great shows that I would have probably ignored otherwise and save a lot of time by filtering bad shows or episodes of long-running shows beforehand - without a doubt the biggest advantage of being a sakuga fan.

Brobot Apr 17, 2018 1:08 PM
Thanks for accepting my friend request. It's always nice to meet fellow sakuga nerds. So, obligatory question: what anime took your sakuga virginity? Mine was Birdy Decode. Man, that episode 7 of Season 2 was magical <3

Edocchi Apr 17, 2018 8:33 AM
Actually, I enjoyed Kimi wa Midara much more than Kuzu no Honkai. Watching/reading pretentious stuff always gives me a headache, Kuzu no Honkai with its so-called mature story was one of the most cringiest I've ever seen. On the other side, Kimi wa Midara feels like it knows how much of a bullshit its story is and just making fun of itself without taking the drama too seriously. I like this kind of self-awareness xD. And yeah, I must admit that her art is quite nice.
I don't know much about animation, but I should probably give credit to the adaptation of KnH for being pretty good in directing and making the theme exploration better than the manga. I also liked the OP and ED. They really suit the theme. But again, it all would just be pointless if the characters are the main problem in the first place.

Imo, romance anime have the best chances of being decent when they're trying to tell a normal story. Add anything that's not normal, like government-arranged marriage for teens, or edgy kids problem banging each other in highschool in order to take their minds off the fact that their crushes are with other ppl..... add any of those kinda twists and it usually ends up being shitty. I know Kuzu no Honkai tries to be different by focusing on the characters' psychology, but man, most of them are just too 1-dimensional that I started to scratch my head whenever they're speaking their inner monologues.
As for the good example, Karekano might be it. It's a romance anime that's able to balance the focus on characters' psychology and their characterization in an amusing way, even with all those shoujo elements. Sadly the second half ain't as good as the first due to Gainax's budget syndrome.

Edocchi Apr 16, 2018 2:20 AM
Yea, at least it’s not something like Kuzu no Honkai where every problem can be fixed by having sex. Theme is important, but to make the execution engaging without falling to fan service is what makes a series good.
Just so you know, I never drop any series even though I hate it so much. I don’t dislike Nana though, I prolly just can’t appreciate the writing as much as ppl do since it’s not my cup of tea. Even if it really turns out and surpasses my expectation, I don’t think I’ll end up giving it more than an 8/10. (9 and 10 are those that I really adore and the reasons why I'm still around with this hobby)

Speaking of josei series, Shouwa Rakugo is the masterful example of what I’d call a well-written drama. You should check it out, it’s amazing. I don’t read many manga tho, but hey, you have Kakukaku Shikajika in your fav list. It’s a beautiful manga. I cried in the last 2 chapters.
Yea, been hearing about the hiatus, and sometimes I happened to read some major spoilers because of it lol

Edocchi Apr 15, 2018 8:31 AM
Episode 12 was pretty fucked up if you ask me, especially that ending with Shouji and Sachiko, pretty much I kinda saw it coming.. but still. I actually dont like this kind of story, but well it's indeed getting interesting from here on.

Oh, so you give it a 10/10. This series must be somewhat impactful to you. I actually started watching it since my friend (girl) told me that it's her favorite drama anime. That made me curious and wanted to start watching it even tho I was a bit skeptical about the genre being shoujo. And I was right. Idk if people like referring Nana as a josei rather than shoujo, but for me it has a lot of shoujo tropes in it, some aspects that generally make me hate this genre in general. But in fact, there are many guys (like you) who love this series very much, is it because some kind of deconstruction xD idk.
Well, for now I can say I do only care about Nana (not Hachi), cus she's the best character. No contest, the other characters are just so damn annoying

Korean and Chinese animators would absolutely be considered foreigners. However, given Japanese studios rely on Korean studios (less so Chinese ones to my knowledge) to do much of their animation work, the list of Koreans involved in anime production is WAY longer. Those who've been able to move past the typical outsourcing gruntwork into serious creative influence like the names you mentioned could deserve an article of their own.

I also didn't get into anime music because that seems to be a more international field in general (I know Yoko Kanno, for instance, has collaborated with musicians from all over the world).

Hadn't heard of Aymeric Kevin before. Thanks for letting me know about him.