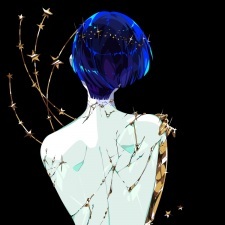 Mythologically Jun 28, 2020 7:18 PM
well, maybe if you exclude people who like the bunny girl franchise

Josh May 24, 2020 5:39 PM
Same. Basic social events, like going to a patio with a few friends, are going to be mind-blowingly awesome at first, haha.

Luckysurge May 22, 2020 3:23 PM
A fashion designer, so is that still something you'd do? Ay send me some drawings on here if you've still got them on you.

Lmao it do be like that sometimes. Ay the man has to do what he has to do to secure the girl's instagram LOL. Sike no simping allowed. Damn I don't know what I want to do on league. I recently dropped it again since I don't have much time but drop some suggestions, what's fun to play?

Luckysurge May 20, 2020 6:21 AM
Ayy I might need to get your help if I ever wanna get into this field of work ;) What's your dream job though from when you were a kid?

Lmao it really is that good. Okay after the anime's done airing, I'll read the webtoon from the start. Right about now, I'm spreading some awareness about Grand Blue. Now I know you don't like ecchi and this anime/manga is considered a guy's type of humour but actually check it out. It's outrageously hilarious and left me in stitches every episode AND chapter. When you watch/read it, lemme know, doing an experiment to see how many girls like it :P

Cmon now, animal crossing's everyone's addiction lmao. Damn I might need you to carry me in League as well lol. I'm trash at it.

And everything you said is true for me too. I've found it difficult to concentrate on work with everything going on and suddenly being tossed into working from home after working at the office full time. There's also less work and expectations are a bit lower, which helps and also doesn't help, lol. But I can't complain. I have a job and everyone in my family is safe/healthy.

Kaguya-sama!!! It's an actual national treasure that's been gifted to us. What do you think about Yesterday wo Utatte? And Kami no Tou's pretty decent too :P I'm watching those plus tsugu tsugumomo cos lowkey I enjoy my trash ecchi shows lmao. If you want a wholesome father-daughter show check out Kakushigoto though, it's pretty nice.

Oooh never heard of Fugou Keiji, might check it out. Lmao I've only played the Ghost in the Shell game so only have good shit to say about it. You play anything?

How is the pandemic treating you?