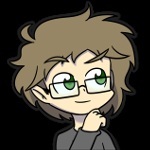 Just saw some of your comments for Bakemonogatori, and I have to say, I think the same in about 95% of the points you said back there (don't get why you gave it a 7/10 though given your comments). Then I checked your profile and I was like wow, there is someone who likes Liar Game, Last Game and also dislikes Mahou Sensei Negima! and K-on?!

Good taste you have there!

eso18 Jun 13, 2013 3:44 PM
people have different tastes the most usual patter that I use at scoring was did I like it better than animes that have this or that score, that for Anime list at least
on my manga list 90% is over rated

donavannj May 18, 2013 2:50 PM
I was reading an older post while looking for a news source for someone, and I saw a post of yours, and I just am wondering if you only read the scanlations of Negima (post this is in response to is at the bottom of this post)? A lot of the workings of the magic were explained in the bonus materials included in the print volumes. The plot itself, though it would have been amazing to have all the loose ends tied up and explained, centers basically around the present reality of Negi and his classmates, and a 10 year old isn't going to have every loose end and plot hole explained to him in just 2 years (apparently some of the drama CDs did fill in some gaps, though, as did the bonus materials in the print volumes I mentioned above). A lot of Ken's time was spent on modeling the environments and doing research into subjects of magic so that it would at least have some semblance of order and not be as much of a haphazard assembly of ass-pulls.

Too bad Hyouka is ending soon. I'll be preserving it on my Favourites list forever though. I'm actually forcing myself not to give it a 10/10 rating before finishing the last episode.
I was in the same place... thought this episode was SO much, and i couldn't resist any longer.

BadAppleWhite Aug 24, 2011 7:52 PM
haha I know I'm a totally random person but I read your profile and thought it was interesting. And I totally agree on both your male and female preferences. Glasses ftw! ^.^