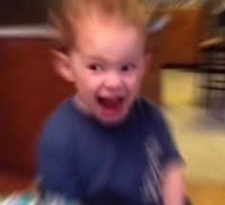 mirana Oct 20, 2015 2:38 PM
Yeah it's just... I feel it takes much longer for a couple to realize their feelings or get together when there's a third person around. It's so annoying. And it becomes an absolute burden when it's obvious that random girl and random boy have feelings for each other, yet there's this third girl around who is unabled to give up on him... I just can't stand it. Love triangles should be forever out of my life. It lowers my score for certain series.

And thank you very much! I love your profile picture!

dang mal forums are too addicting. its like 5 am rn
i need to finish shopping and then get some shut eye ~_~

The template got change. Go here if you want to change the template

CrystallineHeart May 9, 2012 9:16 AM
Ahh I see ;A; yeah being spoiled takes out a lot of the fun.... well, for both series, I think there's still a good amount of stuff in between that's enjoyable to appreciate the anime even if you know the ending. But that's up to you of course XD I think I watched most of the first FMA in English so dub isn't necessarily bad XP but yeah definitely worth watching the entire thing (I prefer Brotherhood but the original is good too).
Since you like Samurai Champloo, Cowboy Bebop or the currently airing Sakamichi no Apollon are both excellent anime made by the same director. There's not very similar in theme...but I love all three of them XD hmm I'll of think of better recs next time~
All Comments