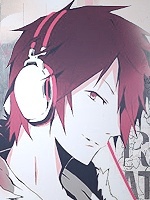 Winnieish Mar 20, 2018 8:13 PM
Hmm, through its season previews and best anime of the year recommendations. then I started to use it for ep reviews

Insodp Apr 4, 2017 5:59 PM
Grats on becoming RC writer, that was a good introduction post there, looking forward to read your next posts. And btw I can relate all the way with your love for Clannad: After Story, even today I cant forget the impact it had on me since it aired back in 2008. Cheers!

Felix79 Feb 21, 2017 12:30 PM
I just started to watch the series this evening and by episode 6 I really thought that Kyouko Kouda was a vile excuse of a human being.

So she has major "Daddy Issues" and takes it out on Rei. With her being 4 years older, you would have thought she would have grown up and developed past her abusive and frankly sadistic nature towards Rei. While her back story goes to some length to explain her attitude, to me she is just a spiteful little girl who deserves to have Karma come back and hit her hard. If she used her energies to deal with her father and move on.

Yes I agree with your comment that Rei's aunt at the funeral was selfish and heartless, Kyouko Kouda is sadistic and will only learn if she has a hard fall. I still have to eventually move over to the manga to get fully up to date, but I hope that she get's dealt with by Rei, harshly enough that she gets a true taste of her own medicine from his hands. That would finally allow her to realise that he is not going to be her victim any more.


I guess she has all the bully traits that I hate with this genre of manga/anime. Far too often they get off too lightly or are redeemed. For once I would love to see her suffer in a cruel manner that forces her to change. It would also let Rei grow and have a ruthless edge that will allow him to succeed, while not having his personality undergo a massive change. Maybe if she forces his temper and control to snap, as it will just need a tiny amount of time to happen and have the desired effect.

Dajoeman Feb 1, 2017 5:55 AM
yeah i do agree. This was a really constructive conversation. thanks again for replying me haha

Dajoeman Feb 1, 2017 4:12 AM
Another thing. Rei isn't a complete outsider, the two families knew each other from before. They were close family friends man. Kyouka was a spoilt brat. thats the truth. The father made her quit shogi because she beae violent if she lost.

Dajoeman Feb 1, 2017 1:44 AM
I love your responses man, they really radiate within me. You were spot on with everything and there's literally nothing i can disagree with. I just feel that everyone is trying to shift all the blame on Kouda. Yes, you saying an individual being blamed is unfair is the right statement here. People don't seem understand that, everyone is at fault in this situation, because before Rei came into this family, Kyouka still had this complex and negative personality it only worsened when Rei became apart of the family.