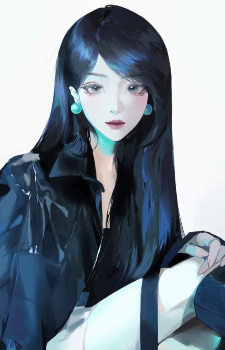 Sertaslo Aug 15, 2019 7:38 AM
Ah I didn't mean to make it sound like things were very bad. Just nitpicking about some things that could have been better, but I'll manage. Definitely wouldn't talk about it on MAL though because who knows who reads these messages.

Looking to get a different job or improve on the work environment for the current job then? At least you're working on changing things either way. It's better than complaining and not doing anything at all.

Ayato-Hiragi Aug 12, 2019 6:33 AM
I’m feeling well since i just started Dark souls 3 for the first time since i’ve enjoyed achieving the platinum on Bloodborne

I just watched SnK season 3 and then The Promised Neverland!

I was just browsing through MAL and ended up on your profile. So I was like "Why not leave a comment?" XD

Nellynuska Aug 3, 2019 2:59 PM
Tbh we are supposed to go on a trip/vacation to Italy right after we get back from Norway (this august), but we haven't planned anything :| So idk how this will actually turn out, but I would love to go at least somewhere and I hope we wont just stay at home, rip.

Hahaha yes ofc I've heard of Chicago xD people outside US actually know the rest of the world (no offense here) 🤷 ohhh don't u plan to live together or smthing like that? Bcoz I was visiting my bf twice a month for few days, but it was so tiring, idk if I would do it again tbh ;x

Well I love how old Europe is and how u can feel it in every city you visit, even the small ones. So in this case no, but overall yes. It's very huge compared to my town I come from, but I love it. I especially love how big the old centre and the old buildings are, nearly all Prague consist of historical buildings and I just love it.<3 ohh so u went only to Italy? Then u must visit some other places at some point as well, they are so beautiful! I went to Paris and London, but tbh loved London much more than Paris, it's so popular and people talk about it like it's a city from heaven so I probably had very big expectations xD I think there are more beautiful places to visit than Paris :/ ...and I totally love Vienna, it is similar to Prague - historical buildings everywhere, but much neater and the buildings are mostly white, so Vienna looks very... elegant I would say 🤔 my bf was so taken back he wants to live there at some point xD

Nah it's okay, if you feel like u want to make some cards/claims/gfx again, just let me know and you can join us. We can always remove u after u become inactive and take u back once u change ur mind. We have actually had this plan for a longer time xD I want to work with more people, but at the same time I hate inactive staff, it's so irritating. So the best would be to make it a part-time meaning people can join basically anytime and for how long they want, with an option to always come back once becoming active. Well I don't really mind inactive staff who are overwhelmed from rl, but I hate people who are in several clubs or generally on mal, but not doing a thing in le club. What's the point of joining then.

Where do you work if I can ask? I was very tired at first, but after I got more skilled it got better and now I don't feel energy deprived like before. I even watch yt videos sometimes during work when there is time xD