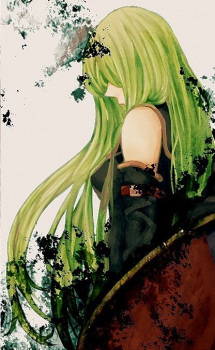 Shining_Falcon Mar 9, 2014 11:51 AM
Well good choice. I don't like the text colors and pop-out for every magic ability in Hatsuyuki subs. Horriblesubs works for me.

And for future reference, this guy is a reviewer of subtitles (including Crunchyroll/ Horriblesubs). Have a look at the review summary to get an opinion.
http://www.crymore.net/review_summary/

And you might want to consider downloading from Deadfish in the future. The subs are encoded into it so it reduces lag, and its an mpv file instead of mkv. Plus they use the best subs for every series they do. But the most important thing is that the file size is cut in half.

And thanks, but from what the news is saying where I live, the clocks went forward an hour last night. Great....

Shining_Falcon Mar 8, 2014 5:53 PM
Great. Try and find out who the subber is. The one I gave you is Horriblesubs which is a direct copy of Crunchyroll. And yes it is. I still need to watch a lot of it, but I only keep the good stuff.

Shining_Falcon Mar 8, 2014 5:23 PM
Good call. My laptop is at about 75% full of anime on a 650 GB hard drive. I use steam for games so that saves a bit of space. I download now as well. It was just that time I wanted to get through the series quickly.

So then let me be clearer with my question. Who is your subber for Fairy Tail or are you downloading multiple episodes or all in a batch?

I'd recommend this one since it has almost everything. And for the record I usually use Nyaa Torrents for my downloading. So if you don't have everything use these torrent, (you should be able to select what files you do or don't want to download. If not use Vuze or Utorrent).
1-175. http://www.nyaa.se/?page=view&tid=418216
Movie plus the prologue The First Morning. (Dual-audio) http://www.nyaa.se/?page=view&tid=508317 (You can change the audio in the player you use).

Shining_Falcon Mar 8, 2014 4:54 PM
Yes I did see that comment.
And don't worry about it. I watch all of season 2 and 3/4 of season 3 in about a week with my brother fun times. Unfortunately it was only at season 3 that I realized I was watching with a crappy subber. If I may ask where are you watching it?

And no problem. The movie is fantastic.
There's the OVAs as well, but they're not for everyone. 1 has a sweet moment at the end. 2 is impressively hilarious. 3 has some interesting character developments. 4 & 5 are just funny beach episodes (but are better and longer than their manga versions. However 4 has a sweet side story that was a special in the manga.

Anyway let me know which site you're watching it at, but keep going at it and enjoy.

And don't forget the movie and its prologue.
I'd recommend watching it after season 3 (ends at episode 150) or season 4 (ends after the first arc of the new season finishes (I'm guessing around episode 25 or 200 if you add to the previous series).

But if you like Romance manga then I might recommend :
Immortal Rain
( best manga I ever read )
All Comments