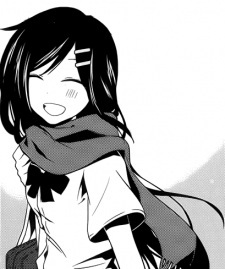 EyeViewer Mar 1, 1:02 AM
Well, it's the first of the month and I think I already have a lot to say about the history of KagePro. I guess you want to read me.

Azami's story is better than she expected. At first I thought it didn't make sense for Tsukihiko to get the idea to build a house just because she had fallen in love or something like that, but I was surprised the moment she told her past. Azami's story is not only about discovering himself and sharing the message that a virtue could also be a weakness, but is about redemption and how important it is to live together. At first she was suspicious of humans due to everything they put her through, but Tsukihiko, on the other hand, always suffered from abuse and taught Azami that rebellion can only turn them into monsters made by others. Although rebelling against humanity might have prevented a future incident, that would only make them the villain of the story. That, to me, makes them admirable people.

The story shows much more logic and realism with the detail that Azami's name is that of a flower. While I would have liked a slightly more extended story before Tsukihiko was declared to him, it is a fascinating piece of this manga. It would have been a mistake to hesitate about whether or not to read it just because the fandom doesn't breathe. Now I understand the song 'Days', and well, it fascinates me even more when I listen to it.

After Azami's story, the events that are happening have shocked me. I don't understand why Shintaro and Ayano don't recognize each other if they were supposed to be partners and Ayano's death was the cause of Shintaro becoming hikikomori from what I understand.

Kano is saner than I thought. Before, Kano was marked with a shadowy presence, but he's not someone carefree with others after all. It seems that Kano's background is coming and it will be another memorable piece of this manga. 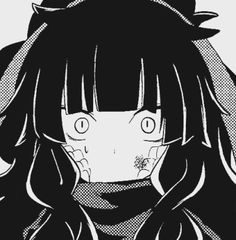 By the way, I hope it is not too late to say it ... I hope you are not bothered by the fact that I have put your profile in the biography of mine. I am currently a fan of this franchise, and if I can get someone to get KagePro's attention, it would be good if they contact a person who knows more than I do. Now you are in the spoiler called "users", before it seemed pretentious that your profile was located at the top. If you want me to remove it, no problem.

... My past me would never have expected me to be a future anime nerd.

EyeViewer Feb 5, 12:52 AM
Sometimes I felt like I wasn't at the right time to enjoy the manga, but now I'm developing a better attachment to the characters. Perhaps the beginning was a bit hasty, but from listening to the songs again and reading the chapters you feel more familiar. In fact, I recently listened to several KagePro songs and now I feel like they convey something different to me besides what they expressed before. Toumei Answer no longer seems like just a quiet song with a sad and mysterious undertone as before, I can already sense nostalgia and this time it almost makes me cry. I understood some of the verses that I didn't understand before and I can't help but feel bad about what Shintaro went through. It's great how you can develop your own by reading the manga and listening to the songs, how you realize the landscape that its puzzle portrays.

I can imagine that novels are better because it explores more of the characters and their feelings. In the same way, songs, manga and anime are a good start to become familiar and learn to better project the characters when reading the novel.

EyeViewer Feb 3, 8:57 PM
When I was going through chapter 16 of Kagerou Daze I must admit that I had not yet gotten very into his story. I'm already going through chapter 20 and it seems that it increases its quality or you interpret it better as it progresses. I am curious and more and more want to know the origin of all the characters and things that appeared in these 4 chapters that I read.

EyeViewer Feb 3, 8:50 PM
The funny thing is that I use the google translator to speak, it's not because I don't know English, but it makes me faster and I can avoid mistakes. My native language is Spanish and, yes, it is a more complex language than English.

I mean, I'm not a very responsible person, maybe I seem smart or something, but most of the time I learn something it's for things of little importance.

EyeViewer Feb 2, 2:25 PM
If I look ahead of my age maybe it's because of my theoretical ability or something, but don't think it's my age or something like that. When I was 10 to 14 years old I liked the FNAF fandom, my favorite part was the story puzzle in their video games, I liked to theorize everything on stage or any detail from which something canonical could be taken. From there I got most of my experience solving mysteries and meanings.

In fact I think I have my personal flaws, so you must also have a virtue that I lack. Rather, you are 21 and I am 17. The only reason for my thinking and acting was "triviality."

EyeViewer Feb 2, 1:02 PM
My favorite character for now is Ayano, especially because of the song Ayano's Happiness Theory. I don't know everything about its history yet, but, from what I've seen; She is a person who always wants to be more useful and live the best before falling into a problem, while she was alive she helped others with the best she could. I also like Kano, I like his personality and he is a mysterious character who never ceases to intrigue me, I would marry him if he were homosexual, as weird as it sounds. Then, I don't know much about the other characters, but, from the songs, I seem to like them when I read the manga and the novel.

Yes, I believe that the characters can be more important than the story, it is what I can learn from Shuumatsu no Walküre. I like Hiei mainly because of the psychological aspect of pride he represents in the series; Perhaps our greatest fear is that someone will lose something of great value that no one would want to lose. Jack the Ripper has a background if you investigate the song he sings in battle and his battle conveys reflections on justice and humanity, apart from the fact that his battle was my favorite in the entire manga. Likewise, I think I might like a character just because of his personality or chemistry like Kano or the girls from K-on !. The reason why I don't add so many characters to my roster is because of the character limit, I want to spend each slot wisely.

EyeViewer Feb 1, 12:59 PM
We can talk about whatever you want, at the moment no topic comes to mind.

EyeViewer Jan 31, 12:15 PM
Hey, what do you think if I put the "Best Boy" image on my profile and you the "Best Girl" image? 😅. Don't take it too personal, I just want to use the matching images.
All Comments