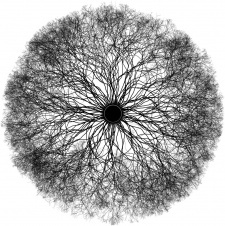 Neawia Aug 23, 2015 4:10 PM
A lot of the time the voice sync wasn't noticeable, but for some reason it stood out more than in other dubs I've watched. It didn't take away from the show, but it was still a small nitpick.

If you were looking forward to the art style changes, you'll be satisfied. They did a great job with it.

Glad I could be of help! Feel free to share you thoughts if you get around to watching Space Dandy.

Neawia Aug 21, 2015 12:34 AM
Oh, hey! I’m new to using MAL for messaging and commenting and whatever. I’m glad I spotted this before a week or more had passed! I didn’t get a notification or anything for the comment. At least, I think I didn’t. Anyway…

The show is about a dandy guy… in space. It’s like Saturday morning cartoons for adults that will not only make you laugh, but also possibly cry. It was definitely episodic, but there is a bit of continuity present that is wrapped up nicely by the end of the series.

I prefer dubs when I can get them so that’s what I watched. It was pretty great. Ian Sinclair as Space Dandy was perfect. The other main characters were similarly cast quite well. Even characters who appeared in a single episode did a fantastic job. No complaints from the talent. If there was something I disliked in this area it was that the sync between dub and original animation was sometimes a bit off. I don’t think it was awful by any means, and I’m sure it’s not the easiest thing to do. Perhaps Space Dandy used more mouth animation than I’m used to. Who knows?

I thought the comedy was well done, but I suppose this is more of a subjective point. Still, I definitely think most people would agree it’s a funny show for the most part. There were no shortage of laughs to be had. At times they reused some of the same humor, but that didn’t last for too many episodes.

I won’t talk about specific episodes, but Space Dandy produced my single favorite episode from any anime I’ve seen thus far. It was truly spectacular, and with maybe just a little bit of context it could be viewed as a standalone work. There were a few other episodes as well that I’d place high up on my favorites list. It also contained what is probably the funniest scene I’ve seen in anime so far. Alternatively, some episodes were a little slow and arguably boring. For me, it may not have been just the story, but also the art style of the episode.

I believe Space Dandy had a bunch of different people directing each episode. Because of that the animation and art style changed quite often over the course of the show. It was always recognizable though, but sometimes it was indeed a little quirky for my tastes. Other times it was just downright gorgeous. Whether I personally liked the art style or not, the level of creativity found in this show is high.

All in all, Space Dandy was a fun show to watch. The characters were great, the soundtrack was fun and appropriate for the show, and the visuals are fantastic at their peak. Space Dandy will definitely surprise you. Plus, because of the episodic nature there’s no reason to binge it if you don’t want to. You can totally watch it while focusing on other shows. You can watch one episode a day, hell, one episode a week and it still works.

For your final question: I don’t think I can properly compare this to any anime I’ve watched so far. I haven’t exactly seen a lot of comedy anime. Even with non-anime shows it’s tough. The show is a comedy at its core, but it’s also so much more. Perhaps comparing it to Futurama wouldn’t be too far off. I think Space Dandy was made by the guy who made Cowboy Bebop. It shares some things with that show, I think (I’ve just started watching Bebop now), like Wulongs (the currency) and both MCs have similar jobs (bounty hunter/alien hunter). Plus they’re both space adventure shows, but Bebop seems a bit more serious. I also looked through your anime list and read some tags: maybe Panty & Stocking with Garterbelt. Space Dandy felt quite western at times and also had a lot of references.

Well, that was the quickest in depth write up I’ve written. Hopefully it’ll suffice. Let me know if you had any other questions. I’ll always be around to discuss Space Dandy should you decide to watch it one day.

My on-hold is full of stuff I don't want to drop, but am lazy and haven't continued. I may have started them in a 'phase' where I wasn't watching much anime at the time, fell behind and never finished them. I'll get around to them, eventually. Hehe.

Sankarea is something that interests me, also it has a manga that is complete, so I'll read that after I watch the anime.

I will do man!

I remember worthy characters :p. I can also put names to faces most of the time so I don't have too much issue.

I had some abdominal issues and almost had a hernia. Just need to be careful, should get away from it without surgery :D.

Ooh you have a twin? Cool! Identical?

I am planning to watch Sankarea soon, I don't watch as many backlogs as I use to. Currently reading Tokyo Ghoul though.

I am going to Smash in Sydney this weekend :D! It's an anime & manga convention, gonna weeb out hah!

Rokka no Yuusha is really cool actually. I haven't seen the latest episode just yet, but I'll get around to it soon. It has potential for sure.

Favourite.. Favourite.. Hmm.. Well there is obviously Himouto! which I am giffing and posting on /r/anime

Then other favourites include; GATE, Gakkou Gurashi (potentially), NNB2, Overlord (potential), Shimoneta (holy shit, so good) & of course Souma (which is mindblowingly good). I am watching ~15 shows this season man, I like all of the things I am watching. Such a good season imo.

I'm good, good. Just working, playing games and watching anime. Been marathon reading Tokyo Ghoul every now and then too, it's getting really good. How 'bout yaself?

How are you?
All Comments