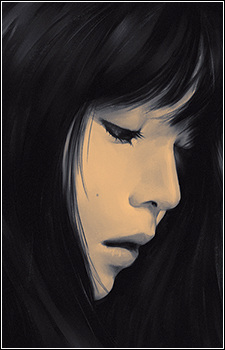 Kawwwa Today, 4:51 AM
my gosh
you with your jumping between messages and comments..
messages were blocked again,
thank God i copied the msg before i sent it...

Kawwwa Today, 4:50 AM
hi, sorry for a late reply, have been quite busy with work lately :/

Ah don't worry, I have those tendencies too lol xD When I'm super busy with work or I get too hooked on some game or animus I sometimes don't log on mal for weeks lol. Although now I have so many conversations going on with ppl, I'd feel guilty leaving for too long xD

Ah no, it wasn't hair pulling, screeching and scratching with me lol... they'd wait for me with their older friends and cousins from outside of our school so I wouldn't recognise them in groups of 7, 8 with baseball bats... So yeah, it wasn't that laughable as your typical cat fight ;p They sent me to a hospital once, but luckily nothing major happened to me, just a lot of bruises and a twisted ankle.

Thank you for the warm words :) I'm glad with where I am in my life now too :)
Yes, you certainly have a point there, but I believe it's not fair comparing the scale of peoples' problems to each other. Just because one person comes from a good house and the other has a fucked childhood, for example doesn't mean that they suffer any more or less from their problems. You do however become stronger after you've been through a lot, you also know how to solve certain problems without falling into the feeling of helplessness straight away.

Yes, I certainly can't complain about that ;p Very good pay, nice working hours mon - fri 8am - 4pm which you'd never find working in catering or restaurants, hotels etc. Very nice work conditions too and the massive 14 weeks of fully paid holiday a year ! *¬* I'm one lucky gal, that's for sure :D
Yes, I have actually been at home for 6 months lol, only came back to work last week, and yes I was on the furlough scheme, but my company was paying the other 20% all along so I was getting fully paid all this time :3

Yes, Prague was stunning, I also loved Gdansk in Poland where we went to 2 summers ago with hubby. Gave me a similar vibe as Prague as well, since we were staying right in the middle of old town :3

ahh I've always wanted to go to the lake district ;o I've been living in the uk for 15 yrs and I've still never been lol D:

Aww what a shame D: I saw so many of my old friends leave mal and anime behind too, since they "grew out of it" I tried too, took a 5 year break but I came back to it haha xD I don't think I'll ever "outgrow" it lol, especially since my husband's a huge nerd too, so we watch anime and play games together. I wouldn't want to stop enjoying it anyway :) But I know what you mean about the mal community, it's only natural that the next generation took over lol. I mean I most active on here about 10, 11 years ago when I first joined and mal was beaming with life, but it was also mostly with ppl my age at the time. It is possible to still find some older users though, I have quite a few friends around same age as me on here or even older :) you, Tyra, Gator, kiss, Marissa, Nozdref... And there are shit loads of people who are still in their early / mid 20s so I don't feel like such a fossil quite yet xD.

Well, whether you like it or not, you just made one friend right here :P
Hmm I get that... but to be fair I have so many on going conversations with ppl atm and I find that we talk about everything BUT anime lmao xD or a very short mention sometimes. Even with us is the same ;p so you can still stay and be active for the community, for the opportunity to meet people and make friends :) if mal is something you don't enjoy, there's always discord too. So, so many ppl moved on there from mal now. Also, if you truly had enough of it, you wouldn't be showing up every now and then ;p so you DO like it and miss it sometimes, even if just a little ;)

html Sep 24, 2016 5:59 PM
damn didn't even realize that it was that long ago
it feels like it was just yesterday
time flies
im sad