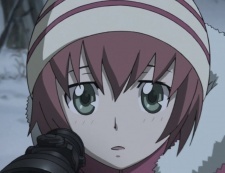 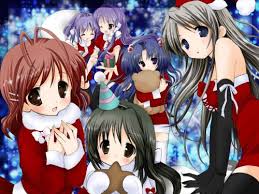 DreamerofDreams1 Oct 23, 2010 6:21 PM
Thanks.^^ I also like anime with substance or essence and anime with an original story and characters. I do not worship moe characters, i just like characters i can relate to and really like. For example, i think thier is a piece of Tomoya Okazaki (his personality) in me. If thier is no point or the story gets boring after one chapter, i will not go on with it.

I really dont like stories that are popular and yet really the story doesn't become that interesting or the characters are stalkers or idiots (the male in Midori Days is a idiot and Haruchi is creepy in my option, and a pervert), but i will finish them just for the sake of how its going to end(although i have to admit i did like the second part of Midori Days a bit 7-13 still gotta finish episodes 12 and 13 actually).

I am writing some stories of my own right now. One of them is posted on my blog, i dont know wheather its going to go anywhere, but i think its a good storyline. I'll post another story when i got the first chapter done. Read my blog if you are further interested.

Shhh, no spoilers, I'm watching the Bleach anime (which I'm totally up to date with, despite what my list says) but Ichigo's only just returned from Hueco Mundo and Yoruichi/Urahara haven't arrived yet, though from the new OP it's not too hard to guess that they will... ^^;

Yup. I think they set it up really well, but mess it all up with the fanservice.. And don't remind me of that, that was my least favourite scene in the series, just worse than the bathing scene, because at least Takagi seemed to be thinking the exact same thing as I was during that scene..

I totally agree!! ^^ If they'd got rid of the ecchi it would have been a really good series, but it was held back because of it...

Aeonic Oct 23, 2010 10:29 AM
The result of these of changes amounts to the degradation of our anime community into a suborne, corrupt populace that seeks solace only in the lewd components of anime, rather than deconstructing anime based on the fundamentals. ( Story, character development, Originality ) etc.......

That was the problem I had with HotD, the characters and plot I liked, and the way it created it's zombie apocalypse was very well done.. and then the fanservice ruined that. It totally took away from the tone and setting I felt the rest of the series worked well to create.. But I watched it through anyway, because I still felt the positives outweighed the negatives.

I love it. =) I thought it was a very strong story, with well developed characters.. It was very emotional and examined the darkest aspects of humanity, in both children and adults. I think it's one of the best series I've seen to date ^^

Aeonic Oct 23, 2010 10:10 AM
The premise for Seikon no Qwaser was flagrantly stupid. How does sucking large boobs, to gain sustenance in order to manipulate iron molecules....a sensible plot? Makes me wonder if pubescent 13 year olds are the real script writers sometimes. The quality of anime has watered down substantially in the last few years. Too many shows are lacking imagination or any original premise that deviates from its predecessors. Add in the obligatory fanservice, that amalgamates with a depleted imagination and no supplementary plot that puts an impetus of an original premise.

Arycat Oct 23, 2010 5:13 AM
Well, then I think I, and most other people, would probably fit somewhere in the middle of those 2 extremes ^^;
I saw some of the posts, but didn't read that far into them

Well, if I'm honest, I've also watched and really enjoyed a few ecchi series too ^^; Ikkitousen's second season, I felt, was really good, despite the fanservice.. Elfen Lied as well, and Highschool of the Dead (the fanservice really got on my nerves during this one because it so didn't fit with the dark tone of the series)

I liked Clannad and After Story except for the end of After Story, which in my opinion messed it up >.<
I really liked Angel Beats! too, it had a Haruhi vibe, but I didn't think it was all that strong, I felt it handled the emotion very well, and the scenes of Otonashi when he was still alive were very touching, and particularly towards the end of his story gave a very powerful message. The last scene in the tunnel after the train crash was, imo, amazing.. It occasionally derailed it's plot a little bit, but I think worked well overall. The only few problems I had were that the supporting characters weren't given enough time and no real chance to develop outside of a couple and the story had no real central focus.. Otherwise, I thought it was brilliant..

I'm not sure about this Type A/type B thing ^^; Personally I don't really like labels, as they categorise people and create stereotypes, everyone's individual and no group can truly accurately represent everyone in it.. Also it'd be hard to argue I'm not at least partly a moe fan as I love Kanon, Clannad, Haruhi, Lucky Star, K-ON!, Shakugan no Shana, Toradora!, Zero no Tsukaima, To Aru, etc.. But at the same time it's true I don't like the shows because they're moe, I like them for the generally strong stories and the entertainment they provided.

Either way, it's nice to meet you too ^^
All Comments