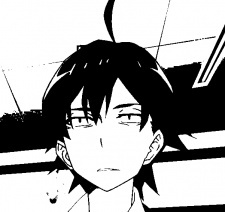 Hat-and-Clogs Nov 20, 2014 11:55 PM
Yeah Wit's pretty awesome, I want to find out more about him! He's still such a mystery...
Well Kaladin's my favourite, or maybe Syl? That combo anyway. I really like the development of Kaladin's character :D

I like the Mistborn Trilogy, my favourite characters in that would be Vin and OreSeur/TenSoon.
there are a few books that I like, but not particular characters in them, like Steelheart, Elantris and Warbreaker. Actually the sword in Warbreaker is hilarious :P

Hat-and-Clogs Nov 20, 2014 10:36 PM
Yeah, I guess, but they are quite substantial books... and Brandon Sanderson is always writing so much! like there's always new books of his, I'm pretty sure Firefight's coming out in January :D

I'm not sure really, interlude chapters don't really interest me that much, I prefer the main character's chapters.
My favourite interludes are from different characters (like the old man in the shoe shop and the crazy thief girl), though I do like Sveth chapters as well.
Rysn got good close to the end.

Do you have a favourite character in TWoK/WoR?

Serendipity Oct 27, 2014 6:47 AM
Maybe it is more appropriate to call it a series, but it is a trilogy to me as the original author has passed away and such.

oooh, i see. yes, it is extremely frustrating (╯°□°）╯︵ ┻━┻ that's why i like reading complete ones, but sometimes i just can't resist the ones that look good and then i suffer from post-manga depression when a series suddenly ends

Ana Oct 10, 2014 4:37 AM
i am not sure what you meant by "inability to know when they're going to end." D: i used to live in Japan, and well, manga is extremely popular there rather than anime

i started watching anime (with the knowledge that indeed it is anime...) in second grade, i rarely watch anything right now, which is why most of the anime on my list are kind of old, and they're just a handful of franchises (i.e. detective conan movies already take up 17 of my list)

Milk_is_Special Oct 5, 2014 11:11 AM
I rate the series on my personal enjoyment and I am currently enjoying AgK more then I enjoyed Death Note & FMA.

We all have free space problems, however it's barely 1 GB for the Hanamonogatori torrents...

Not spoiling anything, just telling you it will have the answers to put Kaiki's story to rest with the closure he deserved.

I am pretty certain the answer is no to the Araragi question. I don't remember exactly what you are referring to but I would guess you are talking about when he showed up with the sword or something after some unexplained adventures. I know that whatever he was up to will be expounded upon in a later adaptation (perhaps final season) from what Light Novel readers say.

SlickD Oct 1, 2014 10:32 AM
You should take a look at Hanamonogatari in the near future since it's the sequel to Mono 2nd Season and it addresses your questions regarding Kaiki's death.
All Comments