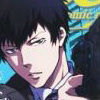 anyway, i have to go now, having a huge headache :/


as if i'm saying the genre is shit
well, you indirectly are.


if u enjoy ecchi does this mean u enjoy all ecchi anime?
i honestly do, even if the anime was bad, i do "enjoy" the ecchi parts.

Kazami Jun 28, 2017 1:57 AM
that's pure ignorance, if you ask me.
you could've just said that ecchi is not your thing and you were just curious about it; hence you watched it.
but no, you called it a "hunting for views" show, and a failure on the romance aspect, you do realize that you're talking about an ecchi anime that, with no doubt, is only targeted towards people who enjoy ecchi, and is nothing close to a "hunting for views" show, because it IS about the ecchi, and it's not trying to hide it, it's sincerely targeted towards those kinds of fans.
and as for

Kazami Jun 27, 2017 11:46 PM
well, i get what you're saying, that's only if you're talking about karneval, because it has fan-service and not ecchi.
but photokano, is clearly targeted for those who love ecchi, it even has the ecchi tag, why watch something with the ecchi tag if you don't even like (overdone) fan-service, let alone ecchi as a genre, when you're saying that they're a waste of time?

CrownlessHero Oct 6, 2014 5:43 PM
that rhythm game with circles and stuff? nah
All Comments