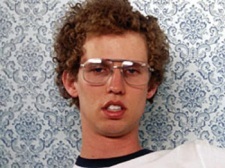 walloman Jun 30, 2015 6:07 PM
Hey how are you? Man I feel like a bad friend for not checking the comment section lol. How are you how've you been? where are you studying now?
Evangelion ha? hmm... well thats pretty simple. First you have to know that there is a 24 episode anime for it that was aired on 1995 but the story doesnt finish there it finishes in the movie that was made a year later and they made a 4 movie remake series which is as far away from the anime as you get.
I personally enjoyed the anime, the charachter were well made although they have bad bad personalities, especially Shinji's father (hes a dick). The story is very complex and they mostly dont baby you with it, which I personally enjoyed even though most people hate on it because of that. The movie on the other hand, the one after the anime that is, was terrible and Im going to leave it at that to avoid the spoilers.
Now for the remakes. As I stated before they are so very different from the anime series but the only similarity is the first movie, it basically summarized the first 6 episodes of the anime but the second movie is where it diverges from the anime and the third is semi-other worldly and we're waiting for the fourth. And my favorite movie is the second one.
Overall, Its a good in and all series. Definitely worth checking out.
:):):)

Yes!! We are finally getting some action with Kaneki!!!! What's-his-face-with-purple-hair freaks me out, though!

So, what are your thoughts on the second season of TG?

The two main characters are Haruhi and Kaito from ano natsu! Also I really like the theme song. It reminds me of the one from psycho pass

Gasman101 Jun 19, 2014 8:18 AM
hello, Gyakkyou Burai Kaiji: Ultimate Survivor is a amine i found that looks good and i was wondering if you wanted to check it out before i watched it.
All Comments