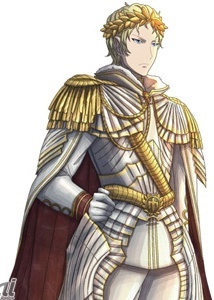 Solos Jan 19, 2016 2:02 PM
Seems cool enough. Having a professor who appears more open about his gaming hobbies is quite refreshing from my experience. I'm not too big on racing games unless Grand Theft Auto counts as one though I did enjoy a bit of Grand Turismo when I was younger. Fun stuff, haven't played it in ages.

Yeah, it was nice. First time in a long time here that we didn't get snow on Christmas as we're used to getting it in late November/early January. It was warmer as well. Odd year but it was an interesting one nonetheless.

Solos Dec 24, 2015 12:07 PM
Fallout 4 had a massive hype following it so perhaps that might have affected your opinion of it a bit. But still, I can see it flopping as well depending on your attachment to the franchise as a whole and all. lol, I couldn't have described Skyrim better myself when it was released. In fact, I actually had a teacher back in high school who was somewhat of a gamer and he played quite a bit of Skyrim when it was released. Good times, good times. He even joked about taking some sick days to play Skyrim, lol.

Dang, compulsory mock exams sound like a real pain to deal with. Especially considering they don't feel like the real thing. Though they can serve to give you an idea of what the exam is about and stuff. Still, they do sound like an excessive way to prepare when the actual thing has weight behind it. Ouch! I can barely write for an hour really fast without my fingers feeling like they are about to fall off :c Not to mention that I am better at coming up with a bunch of ideas at first and then elaborating, which means that speed writing leads to a lot of silly grammatical errors just so I can barely meet the deadlines.

Solos Dec 7, 2015 3:36 PM
Yeah, I'm not too big on Blizzard either outside of the occasional Hearthstone. I used to play the original StarCraft as well though that was ages ago along with a little bit of WoW.

New Fallout does seem very impressive. I don't own a fourth gen console yet (planning on getting a PS4 this winter though) so I'll be waiting on that to finally get the chance to play Fallout 4. It looks like a lot of fun though, the hype for it is insane. Have you played any of the prior Fallout games? If so, how are they?

We have mock examinations as well though they are optional and serve as more of a "review". Yep, I usually find that even if I barely studied, I'll recall quite a bit because I rarely miss the lectures and I usually pay attention to what's being taught.

Solos Dec 1, 2015 2:04 PM
I see. Yeah I haven't played too much MOBAs lately other than the occasional League with friends. I've never tied HotS before, what do you like most about it? Fallout 4 has a large hype following it, very impressed by how it's looking.

It's alright! I'm quite slow with mine as well with final exams coming up :/ Nowadays I am usually on for a few minutes at a time, though my activity will likely boost in the next week or so.

Solos Nov 9, 2015 7:30 PM
Interesting. I do love a nice strategy game, though I haven't played one in ages (unless you count Fire Emblem: Awakening as one). What kinds of MOBAs do you currently play? Or strategy games in general?

Dawn Nov 8, 2015 2:45 PM
I've never caught that one before.
I know it like switches forms or something which I never understood.

Solos Nov 7, 2015 3:47 PM
So basically he can only do small things here and there to push the Greeks off but nothing like ending the entire war on his own because that wouldn't be fair at all. Interesting, the concept of justice seem to keep him "balanced" in this particular example. Zeus would definitely be overpowered otherwise :P

Yeah, I get what you mean. They are alright to an extent but they can get repetitive the fastest (though some racing games that mix with other genres can help curb that, like good ol' Twisted Metal). Most other genres can keep me interested for much longer periods of time. What are some of your favourite kinds of games?

Dawn Nov 5, 2015 12:10 AM
even up to the latest ones?
I've only really played a handful of then. My first game was diamond and pearl. Before that I only knew about the anime. I havent really played many of the older ones. I've tried a few though.

Solos Nov 3, 2015 6:30 PM
Ahh, fair enough. Basically his mum Thetis' guilt leads him to get all the extra support from Zeus and co. The Trojans clearly have them outnumbered with the might of the gods by their side lol. Apollo could help with some arrows here and there though, just saiyan :P

I see you like gaming as well. What kinds are your favourites?