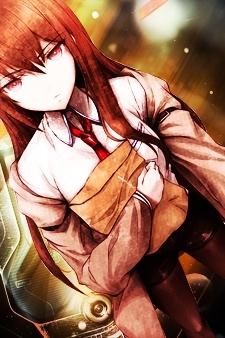 sarinclouds Jan 8, 3:11 PM
your review on black prince and wolf girl was amusing

akumetsu_F1 Apr 10, 2020 8:53 PM
Your review of Sky Wizards Academy changed my life. I think about it every now and then, nothing on the Internet had resonated with me so much. Mediocrity to the point where it was literally soul crushing, I feel like people can truly understand that when they read your review.
There is garbage that deserves love. You can love junk food, but Sky Wizards was as thrilling as eating paper...
Thank you so much.

Omn1m0n Jan 11, 2020 12:27 PM
By checking out your profile I found out about "Bokura wa minna kawaisou" and found it to be very similar to Horimiya, except for the fact that it ends, which makes it infinitely better. Thanks for that!

Omn1m0n Jan 2, 2020 3:31 PM
I read your Horimiya review, and I have to wholeheartedly agree with your piece. Pacing has been thrown out of the window, and there is no goal the story is working towards. I still read the new chapters because I like most of the characters and their interactions, but at this point it's devolving into this stupid meme-fest with too many tropey characters a la Komi-san, instead of having any depth. I haven't read the original version yet, story wise, it might be better (considering it's a 4-koma, probably not), art wise probably not.

Am I horrible human being

yeah and as u said, the jokes where funny a bit, and since i pause watched the spoiler-tagged-scene-paragraph in ur review, that really gave me a good vide for the anime. :D

have a nice day.
looking forward to hearing your reply.

SirYanako May 16, 2017 11:20 PM
Yo I just wana say THANK YOU for making that review for Soredemo Sekai wa Utsukushii. Your wall of text put my feelings for the show into writing. I don't get why that garbage got so many praises and high scores.

Howdy everyone? You guys had a lovely 2016? anyways we're back at it again with another newsletter.
This time for 2017, yes a new year is to be upon us, joy.
Thank you for participating in club event and games ^^


New member? Welcome to our humble tearoom.
Or have never had the chance to get to know everyone?
You can always introduce yourself here.
✦ ✦ ✦ ✦ ✦

As a welcome to 2017, we bring you our first event of the year!
Oh bummer to baka staffs - we named the event
Happy New Year!

Throughout the month of January, we'll be having...

Our first group watch of the year! And hopefully there will be more to come :3
We have 4 suggested anime: Mai-Mai Miracle - Only Yesterday - A Letter to Momo - The Tale of Princess Kaguya
But feel free to suggest more before the event. Do sign up so that we know how many people are interested though you can still join even without signing up~

Greeting Card Delivery Service
New year's coming and you haven't prepared anything for your friends?
Don't worry, we are here to help you out so everyone can have a happy new year!
We brought to you a delivery service especially for your New Year greetings.
Customize it however you like, we're your postman ;)

We're back with another 30+1 days anime prompt baby!
How it works? We ask you a question, and you answer them ~ hoho it's super simple!
The catch is that you can only answer them within the time given. Try it out, it's a load of fun :3

Truth or Dare
As an effort to get to know each other better, we bring you the dramatic party game to our forum.
It'll be done throughout the month of January.
Challenge other patrons to a fun dare or ask them a hard truth question. Spicy ones are most welcome too ;)

So to start the new year with a happy face why don't we share some funny and hilarious things together?
It may it be a joke, a history, a image or even a gif, anything is valid as long as it's funny and doesn't offend anyone!
Then let's all help each other out and create a funny and hilarious collection so we can start the next year laughing all together!

A game brought to you by our new and refreshing staff member, Watermelon-chan!
Participants will be given a list of four anime characters. Three of them share the same quality which the fourth doesn't. Your job is to say which character doesn't share the quality and why.

♨ Help Wanted ♨
BTW, we're short of staffs, if you would like to make a difference and change this club, or just help manage it, contact us at the link provided below:
Help Wanted
^~^


✦ ✦ ✦ ✦ ✦
TEAROOM"S UPCOMING EVENT
Coming Soon
✦ ✦ ✦ ✦ ✦
2nd Ad
[u]BTW, we have a discord and skype that you guys can check out,If you wish to join the SAPT Skype chat, PM thereapersedge or spay97 your Skype details through MAL.
If you wish to join SAPT Discord server, click here.
✦ ✦ ✦ ✦ ✦
P.S, if you want to receive more of these sugoi news stuff, pls subscribe to the newsletter thread.
乂❤‿❤乂 Thank you for taking the time to read this and akemashite omedetou gozaimasu. 乂❤‿❤乂
Have a delightful 2017

ToG25thBaam Nov 15, 2016 7:25 PM
I feel like your review on Baby Steps is for those who actually liked the series, rather than trying to be helpful for those who haven't seen the series. I think you're trying too hard to look for flaws in the series.

"Yet, everyone seems to forget that Eichiro - as talented and as gifted as he may be - has only been playing tennis for so long. If you wish to thread the line of realism, it's impossible for him to beat people who have been playing tennis their whole lives. "

Maruo is hardly "gifted", he trains harder than anybody else to get up to tournament body condition, he even said it himself, that there's no way he could catch up to the vets if he doesn't try harder than most of them. Also, it's not like the physique of other guys keep padding up, for athletes, once they have a body type they're satisfied with, they work to maintain that form, not work to make their body even more bulky. I don't get how it's "impossible". Also, if you've actually seen the series, Maruo plays with strategy, he's been taking notes a lot, that's why once he has his body conditioning down, he is able to tango with the other top tier guys. On the other hand, since Maruo is new, his opponents don't really have much data on him that they could use.

"Story is slow paced. And I mean slow paced. It may not seem so at the beginning, but the longer you keep watching it, the more you realize that not many things are happening. Sure, it's not the slowest paced sports anime out there, but it's not the fastest either. This takes a huge, huge spike if you get into manga where 1 match can drag on for 20+ chapters which mostly consist of monologue - and the same case is with the anime itself."

I just started reading the manga right now, and each chapter felt so short, if I am not wrong, it's about 15 pages per chapter, give or take, right? A 20 chapters match shouldn't be a surprise then. If you're gonna complain about how it goes a bit into the details of the match, would you say you rather have wordless matches, or matches with a lot of "WOOORYAHHHH" scream or a lot of Prince of Tennis-ish matches? Every single match is important because they develop Maruo as a tennis player. You may not find it interesting but the pace is fine.

"During matches, audience is being fed exposition like no tomorrow. Main character literally explains everything that's going on as if everyone in the audience is a machine incapable of grasping a simple concept of "oh, he's trained for his whole life that's why he's better". Anime tries to shrug it off on his personality, as Eichiro is a rather anal person, but it's a large stretch and I often found myself skipping scenes as they literally recap what happened 2 minutes ago. This alone stagnates the story in a large way, and slows it down too much. Some people call it realism, but, what it actually is, is just dragging the shit out. Another weird part is that anime will sometimes have huge time skips (for three months as an example) so it makes me wonder why not just balance the pace. Such large contrasts in storytelling only serve to bring the overall quality down, and were the first signs, at least to me, that this won't be as fun of a ride as I had hoped. "

Again, I think your "dragging shit out" is more "I can't enjoy this" rather than it actually drags. Iirc time skip usually happens when Maruo has to prepare for a tournament therefore skipping his entire training segment. I am pretty sure 80% of the time Maruo was just gonna be locked in to his training, and nothing else.

Honestly I can't be bothered to reply to every single one of your "criticism", it's like you're criticising it for being a typical sports manga, and it seems like you have a problem with people calling Baby Steps a realistic sports manga, rathern than having an issue with the series itself.

I can't tell you how to write your review, you can write it however you want, but if you're trying to be helpful to the community, you should gather yourself before writing a review, try to at least be impartial and see the good and the bad. I may be wrong on this but your review seems heavily biased, they came off as more of a reply or a blog post for people who call it a realistic anime. Oh and, as realistic as manga can get, it is still a fictional story meant to entertain, so a degree of "non-realism" would still present for entertainment value.
All Comments