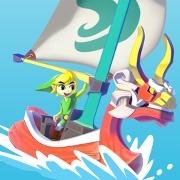 Ezekiel_01 May 20, 2020 3:58 PM
Hello Good Day! Glad I got your feedback. Well, sometimes the best way to find the people who like the series is checking out the forums than randomly asking people if they have seen the anime. I like your take when it comes to the accurate religious tradition and aesthetic of the show though I didn't add it in my review since I considered it a spoiler and might be spoon-feeding the readers who haven't seen it. To be honest, though I not Christian Catholic religion in a different Sec, a Born Again Christian or (Protestant) it actually plays a critical role when it comes to the series. The church pretty much plays a role in Sentarou and Ritsuko relationship deep childhood relationship and pretty much explain some of their behaviour of being forgiving and understanding though I might be a religious bias on this statement. Thought to forgive and understanding your people men is also one the primary teaching of the church.

If you are interested to watch some anime that have heavy western religion most particularly Christian catholic, Maria the Virgin Witch, I highly recommend it if your open-minded because some Christian I really closed-minded when questioning their religions tradition. If you haven't seen it only a few episodes. If you like, I can pm my review about it to help you decide.

Ezekiel_01 May 20, 2020 7:43 AM
Hello there. I saw you in one of the forums on Kids on the Slope. I just made a review of the anime. Am I curious what your opinion about Kids on the Slope Anime? I am curious.