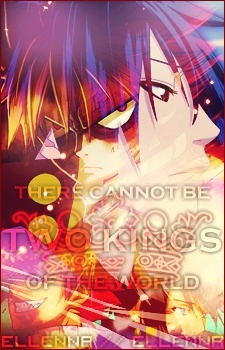 
IF THIS SOUND GOOD TO YOU , THEN PLEASE PRESS ON THE PICTURE
& JOIN US , START SPARKLING OuOﾉ*:・ﾟ✧・ﾟ:*

Hope to see you sometimes Sparkling In Our sky !
Have a Nice day / night! (〜￣▽￣)〜

Yoooooooo! Long time no see right guys. How long has it been about a year and all? Anyways let's cut to the chase we can catch up a bit later on if you want separate from this little message or update whatever you wanna call it.

So the main thing I want to know from you since all of you were still staff of Request Paradise and all. Who wants to continue to be staff? Who wants to do what with the group? Should be kill it off completely? Should we change it around? What are your ideas on all of this going on?

I'll be checking my messages either pm or comment it doesn't matter just figured we would get started with the basics. As of right now cleaned basically all the threads and claims and deleted the old games. Will be making new member cards and such later on probably thiss weekend if you are all going to join back in and such. Either way let me know.

❅Secret Santa 2012 has started!
It'll end on Christmas day, so hurry up and go grab your Christmas goodies now!!
❅Christmas LE will be starting today or tomorrow, so stay tuned.
❅Lastly, go check out the banner competition and vote! Hey everyone!:) Sorry for the delay. The votes have been all counted up & the winners have been decided. Click the banner to check out the winners or click here.

CHECK OUT:
Monthly Contests- Yes or No | Hall of Fame | Staff Recruitment | Suggestions

UPDATE:
The next contest will begin in the first week of October so be sure to check it out! Hey awesome members! :) The time has come for YOU to cast your vote! 22 contestants have submitted in their hardwork(banners) & now YOU are the judge! Choose the banner you believe shines over the rest! Voting will end Aug. 31st! :)

UPDATES: The club now has 2,000+ plus members! I wanted to thank you for supporting the club! Also, since the club is growing, we would love your SUGGESTIONS to make the club even better! So just click here & give us your ideas & input! :)

well Im sure if you pull through you'll have the best chances for the future though xD even though you might not want to talk about religion afterwards LOL
Im hope it wont be all studying, cause no school life is worth studying with hardly any free time. You have to work for the most part of your life, so studying non-stop in your teenage years is a total waste and shame :/
and why the heck not a normal school? xD but yeah, with being on some religious school you always have chances to get somewhere outside of the country, so annoying. I still would never go to such a school for such a reason =D
highschool is actually okay, if you have the right country and school lol. I should have studied more, but had quite a lot of free time and still graduated with the highest school graduation.
haha that sounds pretty shitty. Reminds me that mostly when we got homework, it was a lot of subjects at once and then sometimes we had nothing xD
*hugglestight*

I had holidays, will have some soon again *g*
my chefs and co-workers always give me a hard time, so lazy and hard to take care of. On top the job is so shitty paid *sigh* well only two years to go :/
the second season is TOTALLY different from the book, omg T_T all the Gendrya scenes, and in the third book the scenes, omg......... me wants so badly, like really. Please dond cut as much as you did with the second T_T or like the war at kings landing was soooooooooooooooooo bad compared to the book...
well I know already about the red wedding and arya going to bravos, not when that all will happen though XD

Big brother like Jon would be nice <3 Robb would be okay though as well :O well I think Robb really turned... weirdly with being king and such :/
I think in tv and book Catelyn is kinda dislikable xD Though Brienne is great :) like in the tv at the end when she slashed those men, I looked the same than Jaime XD Nothing similar happened in the book, right? The first time he saw her fight was when he fought her.
btw you're more ahead, does Nymeria at some point come back by now? Im pretty sure she will some day, but with Arya being in Bravos and all :>
Me loves wolves too, but shaggydog is kinda scary xD Ghost is super cute though >~<

We all have to bitch sometimes, so you are welcome to do so xD I do too and it doesnt bother me when others do sometimes. As long as its not daily whining Orz
parents always tend to "care" when they see its necessary, but when you want and need them to, they dont care *sigh* its something you'll get used to and learn to just ignore.

OMG NO, Im not that fast with reading. I only have like 40 minutes in bus every day when going to work and maybe the one hour break in between. That aside Im not really reading, so my progress is slow. Im at the middle of the third book only. I've bought up to ... well book 4, part 1 (book 7 in Germany) and will buy the next three (8-10) soon.
Well in Europe we have it kinda good, usually the most stuff is translated^^ it really sucks to live in a country that doesnt bother with that, though Indonesia isnt that small, is it? Oo are they not that much into stuff from other countries? :O

Im only shipping Gendry/arya more than I did before, dont think I will ever with Jaqen, he's just too old in my opinion >.<
btw if I know the charas already, I dont mind if you tell me what other pairing you are shipping. If I dont know the chara/s yet, then please dont xD and its not Jon/wilding woman is it? or like Jorah/Dany? LOL

ah yeah, in the third book they talked a bit about rhaegar and aerys, but it really did work out in the first season without them, its sad they cut it all off though. well cant be helped though. Thanks for explaining me, I currently really dont feel like reading the first book xD
Yeah its kinda like they cut off more than they made into tv LOL
speaking of Dany again, my like towards is becoming smaller. All her hypocritical talking about taking the thron herself and that without blood or using slaves (Eunuchs) as fighters that had to kill their own dog and babies, like going there and saying "Im your queen, let me on the thron" is starting to get on my nerves >.< Also her "OMG IM A FRIGGIN QUEEN, HOW DARE HE KISSED ME." thinking also annoys me, so highly thinking of herself. I hope that it changes later on, or she wont be a fav that long anymore :<

so in the fanfic it was really true lol. That fanfic I told you about, the author followed the story partly, and partly made it on her own. Arya met the Hound as well though. He was hurt later on and Arya thought he died, though later on he came back, well but then again died with Sansa Orz
I think its amazing when the cast themself ship charas, usually you dont find that and them just going along with what comes. I really cant wait to see what will happen at the very end, who is still alive, who will be king and if there are any pairings <3