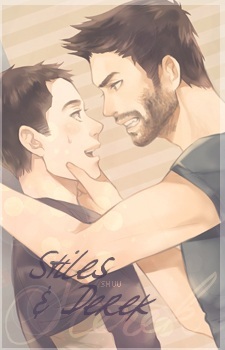 I had given up on you replying so you'll have to forgive this late reply as well, I haven't checked my MAL in ages lol Well we both do respond even after a long time, I assume, because we don't want to lose contact xD

Yeah, you're right, that doesn't make any sense to me haha To me watching anime or reading manga is about as chill and relaxing as it gets. 2nd to sleeping. To me, anyway, the only differences between anime and tv shows is how they look and the writing. It has its difference, both are entertainment. Oh and well, of course, the sound is different. Though I think anime wins that category lol. Maybe you're just burnt out (or were?) and need a break from it. Yeah, that's pretty much it, I don't think I've updated anything since 2017, could be wrong but don't think so. I'm pretty sure in 2018 I just logged in very rarely to look around lol. Well, I'll remember that in case you stop coming to myanimelist, though I'd appreciate if you tell me first then I'll dig up my Tumblr account just for you xDD As I normally never use the site. Of course if need be, you can indeed have my email. I'm also on discord, facebook and twitter.

I'm so sorry to hear that, I hope you're mentally better now. Wait a minute so your friend knew what the place looked like, was cool with it and then, later on, said she didn't like it? Looks like for whatever reason at that point, she was looking for an excuse and got caught in it. That is very unfortunate. It's sad to hear though when a friendship breaks up, that's never fun. But I suppose sometimes it can't be helped. Grats on the new apartment, that's great xD That is annoying to have such an irresponsible boss, never have I heard about a workplace that only has paert timers, like wtf? It makes no sense. That much be such a strain on you. Yeah right on! If you're miserable there it's no sense keeping working there when you get another job. I hope you already have, that'd be great news.

Haha yeah exactly, well I'd just say we get a lot of callers waiting can you please get to the point. It might be slightly confrontational but I don't see anything wrong with saying that if they're not even on topic for an extended time! Yup pretty much have to listen to family most of the time lol But that means they gotta listen to us as well, two way street XD

Same here now with Twitter, too many people posting about drama and bringing other people into the drama that had nothing to do with it. By tagging them or dm, it's annoying lol. That's very true, twitter text limit is way too short for bloggers and there's not much customization either.

I agree and I think we did a decent job though,I mean we (our generation) can only do with what's given to us. By that I mean our situation, from there it's up to us to make up the difference but we're not miracle workers lol. I think the generation after us has been very lazy like and spoiled, obviously many aren't like that but I get the feeling it's a lot worse than when in our generation like people were less lazy and less angry in the 90s and 2000s I feel. That's true so much dumb crap XD Wtf who says they mature when 12? lmao they not even done with puberty, sure some 12 year olds can be mature for their age, compared to other 12 year olds. But they're not mature. And neither should we expect them to so it's crazy for people to say 12 year olds are mature XD But if it's true that they really are 'mature' that would be more scary... they shouldn't be, let the kids grow up like normal. O.o 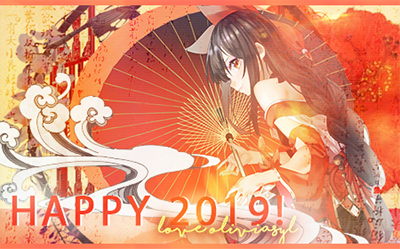 A brand New Year to continue to write our own story. May you be the hero in the story.
One year ends, another begins, may it be filled with lots of wins. No matter what trials you face,
you will overcome them with grace. May you experience a wonderful new year, look forward
to each and every day. May your Mondays be as good as your Fridays. And when you look
back on this upcoming New Year may your memories be positive and filled with happy thoughts
in the brand new 2019. Happy New Year and may you be filled with happiness. 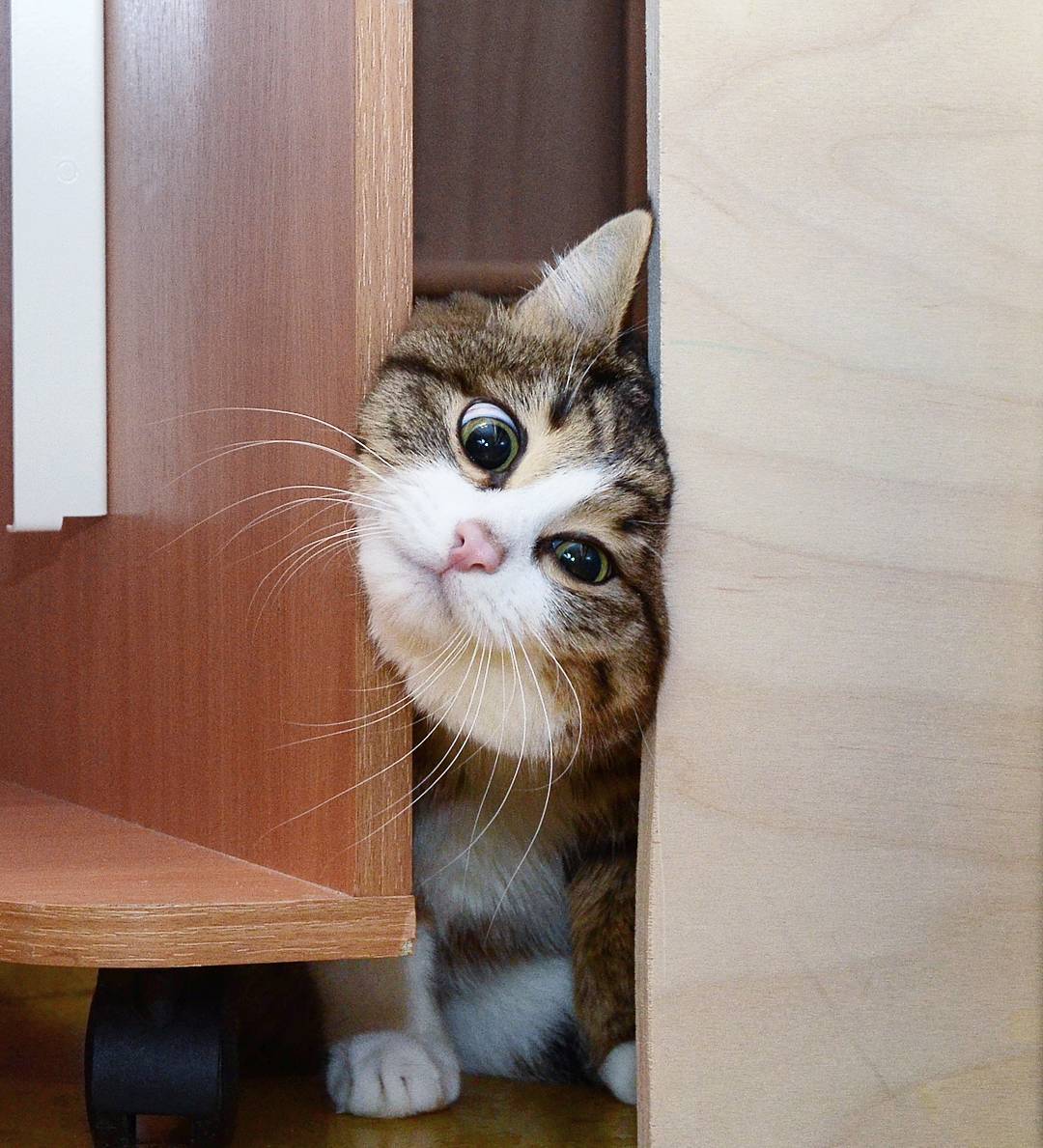 TheMageApostate Oct 31, 2017 12:20 AM
Yeah don't worry about it, we're both way too slow. Maybe me more so. I think it's getting abit too long between each response though. From here on out I would like to reply within the same month as you reply to me :3

You don't watch anime or manga anymore? Damn, well least you have a good reason. Me? I still love watching anime and reading manga. I just haven't bothered updating on MAL. Yes I know you have a tumblr, I just don't like tumblr to be perfectly honest. So if I were to make one it'd be only to talk to you.

I've been alright thanks ^^ *hugs back* I'm glad you have a job and for the most part it seems like you're doing well :)

I mean some people do get over their shyness but it's not that simple for everyone. Your teacher doesn't seem like he understood that or even knew it. I'm not really a fan of phone calls either, but for a different reason than you just mentioned. My problem with them is people always gotta talk about mundane crap that doesn't matter and that I'm not interested in. I understand if I've made a new friend since they don't quite know what I like yet. But I'm talking about old friends and family, they know I have 0% interest in what they blabber on about, yet they keep coming to me about it. I don't get it lol.

Well I don't understand tbh. I never had serious depression, I'm only trying to understand. But I do see that it can be quite serious, I'm sorry to hear that it's that bad for you. Yes making fun of it is never okay. Although that might not have been that person's intent, they could of just been ignorant about it and trying to help in their own naive way. Or like you said they could of been making fun of it, who knows. No it's okay, I would be frustrated about it too. Rightfully so.

Well I dislike Tumblr, so guess we don't agree on that one lol. I like twitter really, because there's a bunch of voice actors there of my beloved video games and anime. That tweet stuff that I like to read. I like to keep up to date on their future projects, and so on.

Some people are interested and some aren't, either way is fine with me. I love Playstation though xD But I also love PC and Xbox, and even Nintendo DS. That's understandable, but I forgot you live at home xD

PS: Yeah we are, and yes I am feeling old. Especially with all these 14-18 year olds everywhere on the internet these days.

Yeah... too bad I wasnt even online on MAL in like forever >_>

True, bur same for me although I guess it wouldn't have helped since I haven't been checking MAL sorry about that. Same I recently start work again, been busy.

Oh you hate that huh? I think that's something you can get past though, but of course I'm not one to say. That is indeed a problem, find out why that is the case and find something you love to do, aside from work. Medications are wack man, just makes you feel like crap and don't help much. I'd say there's only a few exceptions where you need to take them, like bipolar.

You really can get 1 hour of training in though, at the gym, with your schedule. Training is a great help against depression for many people. Just get motivation and then you can. I know it's harder than it sounds. xD

Yep seems like tumblr is just like that. Don't sue me but I prefer Twitter over tumblr. XD I mean it's not a bad site but I guess just not for me.

I know right, but then I kinda do the same sometimes, to you. But at the very least I always come back and respond to you! Okay maybe they outgrow a interest that brought you together, but so what? People are still people. There's no being too old to talk to each-other hehe. True but she had left before, maybe she just never cared that much and left. Idk don't know her.

I still love Playstation 1 haha, as well as PS2,PS3,PS4,PSP, DS and some others :D Lol PS1 has almost the same amount of buttons as PS4, fun fact : ) My theory is that you didn't play console games much after PS1 no? If you play a console game just for a week, you'll be used to the controls no problem. Haha I just use my living room to play games, no need to spend money on a gaming room.

Thanks will check those out, maybe. ;) Also want to recommend you new anime called YOUJO SENKI it's really good

I'm still alive, and I apologize. Miss you. Will reply to this in a couple of hours <3

YamiLoire Dec 30, 2016 5:58 PM
But we're supposed to be the United Kingdom, won't be much of one without Scotland D: and yeh it has been terrible but hey, maybe next year will be good! ..maybe :P
Hooray and that would be awesome and fun, it can be like One Piece in space and the 'One Piece' is the planet xD

Really? That doesn't pay well? o: and it sucks when you have to work with people you don't get along with D: but I hope you'll find something better soon with nicer people and better pay :3

Not really, just that I was a temp and they couldn't keep everyone on, they said that if they had any places going in future, they'll contact me but I think they were just saying that to not knock my confidence down too much or something xD
Well it's good you're feeling better but make sure you look after yourself D: it sucks enough to have depression or stress on their own, nvm both together, I hope you get through the bad times really soon D:

And a belated Happy Birthday to you, I hope you had a wonderful day and all the best for the New Year x3
All Comments