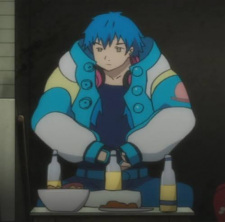 di_ana906 8 hours ago
wooooooooow you have a godly manga list :0 MAD RESPECT!!!!

Jenzee Sep 13, 3:40 PM
You're sort of right about their necks, the first time I say the trailer something just felt... off. And then I realized that it was their damn necks. But I sort of got used to it, now, and I can't really see the difference. I think it might just be the fact that in the Umibe no Etranger manga, their necks are actually.. longer than they should be, but it's just because of the mangaka's style. So in the translation from manga to anime, the anime just.. made the necks stand out more.

The Umibe no Etranger movie is released now, just waiting for it to be uploaded to an illegal streaming site so that I can watch it lololol

Jenzee Aug 7, 9:09 PM
Yo... I completely forgot about the 10 count anime adaptation. Thanks for the reminder HA... I'm really hyped for the Umibe no Etranger movie that's airing on September 11th (unfortunate date, but whatever. I'm not thinking about the towers on that day... only gay anime. Is that offensive? Oh well.) God I'm so pumped for that movie.

They actually released the second song that Mafuyu sings in the movie already, it's on youtube.... and it's good. A bop

Jenzee Aug 7, 8:33 PM
First friend request. I'm proud of you. And I get to be your first friend too?

Jenzee Aug 7, 7:25 PM
bold with yarichin in your favorites HAHAHAHDKHDKSAHF LMFAO
All Comments