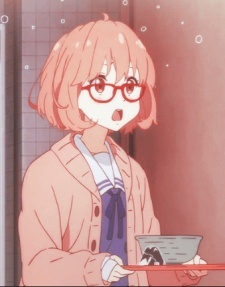 CielsEarlGrey Mar 8, 12:14 PM
Well, it’s for talking or talking on servers [basically groups]. You have to own a reddit account first I suppose. It is definetely worth it!! Having a reddit account is at least and so with it goes discord
If so CielsEarlGrey#9726 is my id if u’d like to add me
i honestly use Instagram dms and messenger more often to text people doe lmao but I’d say i’m active on discord if someone were to message me

CielsEarlGrey Mar 5, 8:11 AM
is that so.. what about discord maybe

CielsEarlGrey Mar 3, 2:27 AM
Well, I definetely am not an 'action figure' collectioner-in fact, I despite them. Figmas and action figures are a big no for me and obviously their quality isn’t really that good aswell. There are certain differences when it comes to figures. I am a scale figure collectioner. Scales [1/7, 1/8] usually go from $100+ if unbelievably cheap to $200 really really up. There is everything on reddit explained if u type it up or maybe just on the animefigures subreddit. You also have nendoroids, price figures, pop up parades etc. https://myfigurecollection.net/profile/CielsEarlGrey if you’re curious abt my collection :)
And damn yes Gumball is a masterpiece. But the ending is a really solid 1/10 and it’s sad. Ben had an amazing idea for the movie but Cartoon Network couldn’t allow it for whatever reason so..amazing that is. It was meant to be the world going into the 'nonexistence' maybe like 'blanc'?? No idea how is it called but you for sure know what i am talking abt-the dimension. The whole thing with Joe Mama [i’on make the rules yknow] painting the future was super well written and planned. Amazing that everything from a certain point was meant to lead to the ending ~movie~ that even could not happen. Besides the comedy there was so much drama and like,,
It’s all put together so well. Talk about anime references too. There was an episode with Kill la kill reference when they hired an actual anime studio [it was meant to be Trigger at first but then they got another studio].

Anyways NICOLE IS ✨BEST GIRL✨ and u can’t deny it
Also The hot dog guy and 'The akwardness' oh my god it’s..it’s just too incredible to put into any words

FriendMePlease Feb 24, 8:01 AM
Not really a big reason other than that this idea struck me on a whim, and I thought maybe I should do that and check how far I can goヽ(^^)ﾉ

Haha, there can't be any private reason for that lol
..A fairy absolutely didn't appeared in my dreams to said to me to do some crazy shit in return for granting a wish lol

GiveMeHaru Jan 25, 8:31 AM
yeah I enjoy the fact that you can literally finish the story if you're dedicated enough!!!

I'm doing fine sweetheart, what about you?