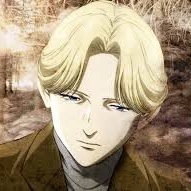 Maityoman Sep 15, 10:08 PM
I finished my Code Geass re-watch already
Gintama will go up when the final movie comes out

shadysamishere Sep 11, 7:30 PM
Yeah same, I have been off for quite a long time

TheWolfmanHulk Sep 11, 9:05 AM
Someone has been mass reporting my tweets for a while. They IP Banned me now too, so I cannot even make new accounts with new emails without getting suspended. It’s my fault for not creating a backup earlier, but I ha e sen5 several requests to have my account restored

Aleczandxr Sep 11, 8:30 AM
Community contributions - watchers are able to submit subtitles. YouTube is getting rid of the feature soon, though.

zamuel31 Sep 3, 8:17 AM
haha yup lotgh seems like you need to be in the right mood for, I want to make sure I pay attention when I watch. I'm excited to see more Yang and Reinhard. Are the side characters good too?

Yeah AnJ is sitting there for now in my favorites, but I literally just finished last night, and need time to reflect. It might move up or down, who knows. It was great though :)

zamuel31 Sep 3, 8:10 AM
yeah those are all some goated stuff, man. Gintama is amazing on a rewatch! I'm definitely going to finish the AnJ manga sometime, though I'm probably going to take a break to read/watch some other things first, like continue LotGH finally.

zamuel31 Sep 3, 8:02 AM
it was great!! gonna be one of the most memorable experiences I've had in recent memory. That ending was perfect and I absolutely need to move up Joe in my rankings

BantyPlanty Aug 10, 12:27 PM
Yeah there great, saw that you had put yang on your fav. So you’ll most likely come to love him later on. Anyway it only gets better

Have a good day man