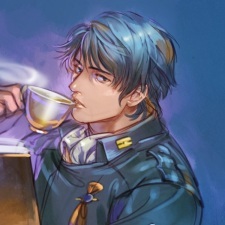 I think our perspective is off because we only watch the good shows from back in the day whereas we get everything from the current seasons. Obviously 2015 was a dog ass year aside from like 4 shows, but 2014 wasn't bad (not claiming it was transcendent either). We're definitely recovering from 2013 taking us to Poop Town, but still.

0207xander Nov 21, 2016 10:31 PM
Yeah I have and although I liked it, I didn't love it. I've recently developed an extreme aversion to shows that use memory or flashbacks or glimpses into childhood to explain pretty much everything in the plot and that's all Zetsuen no Tempest did. Everything was just flashbacks of the boy and girl dating and how perfect the girl was and how much fun they had together (even though she was super unlikeable), and just generally didn't make an attempt at explanation. The same shit happened in Anohana.

Other than that though, it was pretty good. I wish it were like 2 episodes shorter, felt like there was too much going on, they could've just not gone into sidestories that eventually didn't matter at all and got to the heart of it and told a more concise story.

The main reason I gave it a 5 was because of how goddamn stupid the characters are and how predictable the plot is. The main character just straight didn't have a brain. She would legit just ignore the instructions from her future self in the letter for no reason other than she couldn't see why. Then (surprise, surprise) she realizes "oh shit, i should've listened to myself" (who would've thought!) and then she has to try to fix whatever she did wrong. Then she'd do the same shit next episode. Also, the 2 main characters never talk, they just do stuff that upsets each other and then have opportunities to talk through it but neither of them do and it just upsets them even further. Endless cycle of frustration.

Also the classic "He's confessed his love to me and I love him back... but if I tell him I love him maybe he'll hate me!". This actually happened. What the fuck?

0207xander Nov 5, 2015 2:42 PM
Yeah I think you just have to suspend your disbelief and let it hit you. The reasons I gave Monster a 9 and not a 10 were that Johan escaping at the end really pissed me off. Like seriously? He's just gone? Whatever. Also, I REALLY wanted more explanation about Kinderheim and they didn't give it. I wanted all the gruesome details and we got next to nothing. And the pacing was a bit slow at certain points in the second half from like episode 40-50, but then it was fine again.

Again, it's the highest 9 I've given so far, but I just can't put it up there with Ping Pong and Steins;Gate.

0207xander Nov 5, 2015 11:18 AM
ahahaha I knew you'd love it. What'd you think of the finale? Although a departure from the controlled subtlety in the rest of the series diving into chaotic mayhem (and although a bit cheesy) I thought it was nothing short of spectacular.

fruits_punch95 Oct 12, 2015 8:23 PM
Well, I know this might not sway you into giving it a chance but the show offers more than just eye-candy. I overlooked it for a long time because the idea of idols seemed stupid to me since I hate stuff like AKB048 but I decided to give it a chance because I wanted something to kill the time but LL gave me much more than that, it is nicely directed, has its dose of feelings, well-written characters I'd dare to say, etc...
Also, since you like serious MCs, I think One Outs might be of your liking.

fruits_punch95 Oct 12, 2015 7:58 PM
Lol, nice to see that you love Shiki. It is also nice and kind of uncommon to find someone who doesn't look down on Mahouka Koukou no Rettousei, the show doesn't deserve the disrepute it has imo (also, Miyuki=best imouto-pussy).
May ask why the hatred towards LL?

AmbiguousMonster Sep 13, 2015 5:10 AM
For me, scores often decrease, very rarely increasing. In my case, they reflect my own personal evaluation, rather than how much I would recommend them to others. E.g. Most people would probably not mind the lack of world-building or mystery in Death Parade, while the End of Evangelion would cause much eye-rolling.
All Comments