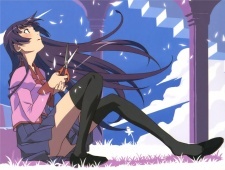 YamamotoSensei Aug 29, 2014 2:40 PM
Hi! I've seen you are in ''The Drawing Club'', but it has been innactive for a very long time, so maybe you would like to have a look at this other club: Mangaka Desu!

:: C.C.O. Official Newsletter::
Hello everyone! How are you doing? This is C.C.O. talking 8D
Some of you are still active in the club but to those who are not, it might seem a long time since our last announcement.
Although this is surely the first time we send you a big newsletter since the mass messages have been taken off from MAL a couple of years ago.
You might probably know this already but we just wanted to be sure to inform you that our club is still alive :D
Actually, it never went inactive in the past years and we are proud to say that we are older than two years (half way to the third actually!) and we'd like you to be active again in the club, so feel free to pass by anytime if you still have interests and fun in claiming ;D
That said, let's just pass to the curious stuff:
• We have a new main layout made by ahin, with each direct link to related claim topics and claimed list! You can visit the club to take a look!
• The current newsletter is just an occasional one that is sent to all 1000+ members of our club.. Although, we are willing to start sending regular newsletters to members that would like to receive them, so if you'd like to receive more informations just sign up here!
• Also, you can find a summary with useful links at the Claim Menu Navigation topic! We've made this to have more order and un-stick many claimed lists the way to leave the club some breathe. Check it out, maybe you might even find some claim who is new to your eyes ^^
• Little memo for everyone, since more than a year now, we've introduced the Badge System, if you want a banner to be made by Staff you need to be registered in the topic! Also you can find out in the Badge Storage if you've already requested it because there's a list of every member and the link to their already made badge, as well you can see if your post may need to be fixed someway!
• Destiny Topic finally reopened after a break and now it's having a new theme! Come to claim if you still didn't have a chance to! It'll probably stay opened until May 10th.
• A recent new claim topic opened: Tribute Reload, it gives the opportunity to everyone who missed a previous tribute in the regular voices topic to claim a role of a Seiyuu they like as well as to claim a different role of a Seiyuu you previously liked to tribute!
• The Category topic is still weekly as always: This week's category is Creatures!
• C.C.O. recently hired a few new persons but we are always looking for anyone that would like to help! Here is the recruit topic if you'd like to volounteer!
• Last, but not least, we are currently having this special game topic who needs anyone to register first, in order to get a gift later ;D

Kyo- Apr 21, 2012 10:08 AM
I see xD
Ok, tnx ^^
Well, I was thinking to reconsider it and I might watch it again xD
I dropped it a long time ago because I found it really boring, but now, when I got into mecha a bit more (still not totally my thing, but I don't mind it), I might like it more xD
TTGL is in my plan for a really long time, I hope I'll watch it soon, it really seems interesting, so tnx ^^

Oh, I see... well, usually I don't have anything against that type of characters, there are some I love like Sena from Eyeshield 21, for example xD I love different type of characters, but I think the badass and with devil-like personality ones would be my favourites xD But I love the always calm and collected ones equally, also those who seem kinda emotionless xD
Also, I usually really love positive, laid-back and cheerful characters xD

It's ok, you can reply whenever you feel like it ^^

Oh, I see xD
I know Soul Eater and Kenichi have anime adaptarions which I haven't seen yet, how are they?

I see xD
Well, yeah, you have a point xD
I watch anime more, but the only reason for that is because I can't read manga for too long, my head starts to hurt when I read too much at once for some reason T___T

-Katekyo Hitman Reborn! - My favourite anime/manga, it's about a boy who is supposed to become the mafia boss xD There are 382 chapters so far.
-Kuroko no Basket - It's a really awesome sports manga ^^ The anime has just started xD There are 135 translated chapters so far ^^
-Beelzebub-It's about a guy who suddenly encounters a baby who is the kid of the demon lord and is supposed to become the next one. So it's up to Oga Tatsumi, the main guy to raise him xD It's funny, but it also has action ^^ It has 152 chapters so far xD
-Blood Lad-Only 23 translated chapters so far xD It's about a vampire who is an otaku and loves humans. One day, a girl falls into his world, dies and becomes a zombie. Now he wants to resurect her and get her back into human. I found it pretty interesting xD
-Ichi-A historical manga, the main character is a blind girl, but she's really strong. I really love it so far xD Only 14 translated chapters so far xP
-Kuroshitsuji-It's pretty interesting, it's about a boy who lost his parents and wants to avenge them, but doesn't know who the culpit is. He made a contract with a demon who serves him now as a butler. It has 68 chapters so far. Just one thing, some people think it's a shounen ai manga because it appearently has some hints, but so far, it's just a shounen manga (and I see it that way). But I still wanted to warn you, just in case xD
-Magi-It's pretty interesting, it's about a boy named Aladdin who is a Magi, it has 95 subbed chapters so far.
-Sengoku Strays-Another historical series, it's about a girl who kinda time-traveled ending up in the Sengoku era. She works for Oda Nobunaga, a famous feudal lord, now, but also tries to find a way to come back home. 21 chapters are subbed so far.
-Necromancer-It's a horror manga, about a guy who is a Necromancer. When people bring him bones of a dead person they held dear, he resurrects them in exchange for the soul of the person who wants the dead one to be resurrected. There are 13 subbed chapters so far xD

Sorry about this, I guess it's kinda much, I got carried away xD
Almost all of these are action series since I got the feeling that you like them the most from looking on your faves and our shared manga (same here xD).
If you're looking for a romance series, I'd recomend Dengeki Daisy xD
Hope I helped a bit xD

So, are there any series which you would recomend to me? xD

Same here, the holiday ended last week, so I'm about to get busy with school again xP

Btw, I see you're reading Gamaran, Soul Eater and Kenichi, how are they?