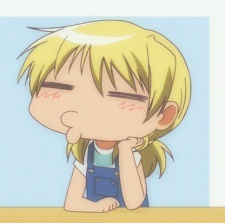 SaberCapital Feb 8, 2017 8:01 PM
As I've told you countless times; why are you upset over this food luck concept which was specifically meant to breeze through the cooking aspect of the series which was clearly never intended to be the focal part? It's like complaining that a action series skips the recovery stages after the fight (I know some fights in shonen dont but you get the idea).

What? LOL. Toriko is very over the top. What rules were broken in the aspect of the series when GOD stretched it's own tongue around the planet & when Jirou used the life orbs? No issue with damage knocking.

Most if not all of those complaints are just irrational complaints/subjective views. Notice that there's not a lot of substance in them (regardless if it's short complaints).

>What's wrong with the Nitro being from another planet or NEO devouring other planets?
>Toriko's new demon isn't ex-machina! It was foreshadowed ever since the cooking festival when he woke up from his fight with Starjun and ALL the 8 kings felt threatened. Not only the demon was foreshadowed early on but also it's power.
>The other 4 heavenly kings were drawn out of the arc is a fair complaint. To be fair, it's the final arc and Toriko's end game goal so I expected Toriko to get a vast majority of the spotlight.
>Midora is an orphan, not the real kid. What are you on about?
>There was no "reset end"; that was for the life he ate on other planets. Yes...the world is fine again but came with major repercussions, i.e Midora's death (sacrifice)

Cliche would've been more along the lines of Toriko having a kid with Rin and that kid going to start a new adventure. Btw, the execution of the ending was great; it was open-ended but the narrations at the end were the same narrations that we got for the human world and gourmet world description. I.E "Someone once said..."; it encompassed what Toriko was known for.

I can tell since that rating was unreasonable. I don't think Toriko is worthy of a 10/10 or anything but 4/10 is really painfully low.

SaberCapital Feb 8, 2017 11:55 AM
How can it not be bad? It's a explained and foreshadowed concept. It's not random and doesn't hinder the plot of Toriko completing the full course. It's rarely ever been about cooking and you obviously acknowledged that yet you're so fixated on that to give the series a low score? Plot convenience isn't always bad.

So because it had you lost, therefore it's bad? Lol, may it seems you need a reread to grasp it better. Idk, I honestly think you're out of your mind for scoring FT and Toriko on the same tier. If you gave Toriko a 6 or 7, fine but a 4, tied with FT?

Saying it's just bad doesn't really say much. Acacia/NEO conflict wasn't bad (I'm still waiting for you to tell me otherwise as it seems like you're avoiding to do so on purpose). How was the climax/end bad? How was the second pat with nitros bad?

Yeah...but who really reads Toriko only for it's story? It's the world building/adventure/fights. If I read an adventure series where I think the adventure is good but plot/story is bad; then putting it at a overall bad score is nonsense. Scoring a series isn't just placed on how the story is; it's multiple factors too.

SaberCapital Feb 7, 2017 11:00 PM
Your whole response is just fluff, blindly calling this and that bs. There's no real criticism. No, if it's foreshadowed then it's not BS. Is it convenient? Hell yes but doesn't mean it's bad. Toriko's focus has never been about cooking nor has it rarely intended to be. The highlight is exploring a region and/or hunting an ingredient, with a final fight at the end of the arc, followed by a food taste.

The story by no means was bad. It wasn't amazing either, just decent - good but guess what? Toriko isn't a story driven series and it's clear that it isn't. It's purely adventure and action.

It seems like you're not understanding. The story isn't bad just because there's "food luck" or "BS" with Acacia + NEO.

Let me ask you this; do you honestly think Toriko is on the same tier as FT? The same series that offers fan service during a war, has nakama power ups and a lot of ass-pulls. No story substance and anti-climatic plot lines..

So if a series is entertaining but the story is bad, then it's overall bad? Lol that logic. Saying it's bad is equivalent to a bad experience and I don't think it seemed that way by your response (other than some irrational complaints).

SaberCapital Feb 7, 2017 4:37 PM
How is it BS? It was all foreshadowed. Komatsu plot shield...plot shield that has been established since part 1? You're seriously criticizing plot shields in a shonen?

The ending was better than majority of shonens that ended in recent years. You can't tell me the wedding which encompassed their entire journey perfectly and the clever open ended conclusion was BS or even bad.

Lmao you're basically calling urself a sheep. So you do everything out of routine without thinking? Nice.

Str_ta May 27, 2014 9:21 PM
Yeah, I see what you're saying. But I kinda feel like I'm just missing out on some show that's flying below the radar and is just incredible, but I could just be imagining.

Btw I recently picked up Onani Master Kurosawa after I saw it on your list, and I love it so far!

Str_ta May 23, 2014 7:19 PM
Thanks really helpful!
Funny thing about FMA brotherhood is I kinda watched a few of the early seasons and the finale cause it was on Adult Swim. So would it be weird to watch it through entirely?

Another thing, but I feel like the shows this season are a lot worse than before. Is this just me?

Str_ta May 22, 2014 8:06 PM
Thank you! I hate how people associate something being good based on the reputation of who made it or the studio.
Do you have something else you would suggest to watch?
All Comments