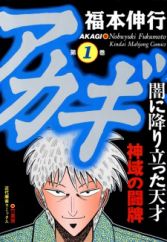 While mahjong is a game that is often played with family and friends, it is also a game that is played in the darkest corners of society. Nangou is a compulsive gambler who has accumulated debt over three million yen. In a last ditch attempt to clear his record, he decides to wager his life on a game of mahjong with the mafia. Unfortunately, as the game progresses, Nangou only moves further from the prize and closer to death. When all hope seems lost, the game parlor is suddenly intruded upon by Shigeru Akagi, a young boy on the run from the police. Desperate to turn the game around, Nangou hands the game over to Akagi after teaching him a few of the rules. The mafia can only smirk as Akagi sits down to play. However, they soon come to learn that Akagi is a natural born gambler. An imposing figure who does not fear death. One who is destined to become a legend. [Written by MAL Rewrite]

The Legend of Koizumi 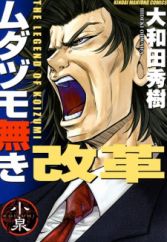 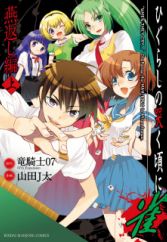 Hero: A man who succeeds dying wishes of Akagi 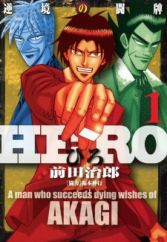 Set in 2002, three years after the events of Ten: Tenhou-doori no Kaidanji, the story chronicles Hiroyuki's quest to follow Akagi's advice and live life freely even if it means complete failure. (Source: MU, edited) 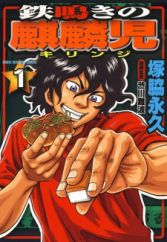 Kiriya Rinji is 30 years old, divorced, and unemployed. His only talent is playing online mahjong. Needing a way to make money to pay for child support, he goes to the seedy Kabukichou district to play real mahjong for cash. Will his online skills translate to real-life winnings? (Source: Batoto) 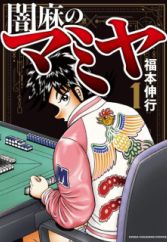 Japan has entered a new era called "Reiwa," after moving past the Hesei Era on April 30th 2019. It is in this era, past the time of people like the legendary Shigeru Akagi and others like him who gambled on mahjong for a living, that a new gambler has arisen known only as "Yami-ma no Mamiya." (Source: MangaDex) 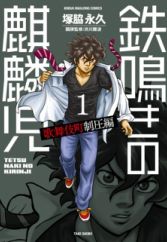 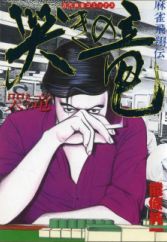 Follow Ryuu as he plays in the mahjong world with gangsters, crooks and all sorts of people. Included one-shots: Volume 9: Kumo wo Tsukamu, Kanojo ni Tsuite Watashi ga Shitteiru Ni, San no Kotogara 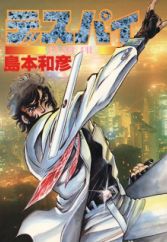 Gambling. Mahjong. Death. These are the themes of this fast-paced, undercover-agent-style manga where outrageous life-or-death gambles are made daily occurrences and insurmountable odds are overcome. The most hardcore, action-packed mahjong manga you will ever see. (Source: MU) Included one-shot: Nana-chan Scramble (Nana the Scramble Girl) 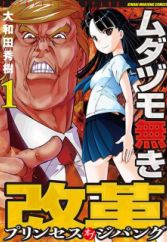 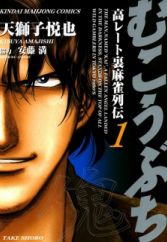 The 1980's was an unusual decade. The price of land skyrocketed, and the value of money went well above the norm. The numbers that defined the world all spun out of control, launching one of the largest bubble economies Japan had ever seen. For Mahjong, as well, it was an age that saw high stakes games on a scale unlike any age before it. And in this age, a man some call "Kai" lives as a "Mukoubuchi," what true, lone-wolf gamblers are called. (Source: Batoto) 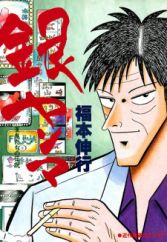 One of Fukumoto's earliest mahjong series depicting a detective called Hirai Ginji (not related to Sawada from Ten). 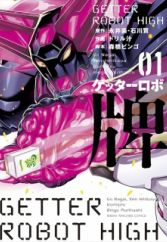 A mysterious monster called the High Beast has taken control of the regions of Eurasia and Africa. Japan has cut off from the mainland to protect itself from this threat. The daughter of a legendary mahjong player discovers that monsters attack whenever a mahjong piece is hit across the board. This allows humans to be separated from the battle and for mahjong players to effectively combat the monsters with robots controlled through mahjong moves. (Source: Getter Robo Wiki) 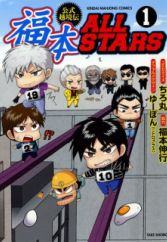 Miss Saeko in a mah-jongg parlor 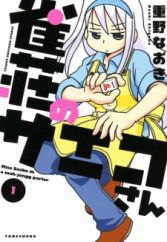 4-koma manga about the daily life of a clumsy jansou clerk that happens to be a powerful mahjong player. (Source: MU) 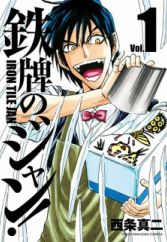 An alternate universe story about Kurogane Jan, who becomes a cook and occasional player at the Sanbanchi mahjong parlor. 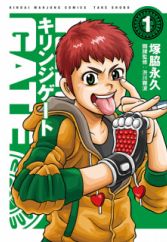 The Legend of the Street Mahjong Fighters 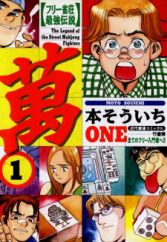 Yorozu is a college student who feels like a total loser. He has no confidence, and he's always either worrying about messing up or agonizing about the things he's already messed up. After going to see his senpai Ken for help, he is thrown into the world of free mahjong parlors, where one plays against total strangers. Yorozu's never played free before, but luckily he has Ken, one of the best players around, to help him learn the ropes. And he's going to need all the help he can get, as the mahjong world is teeming with tough opponents... [Written by Denji] included one-shot: Volume 10: Boku no Kimochi Aitsu no Kimochi 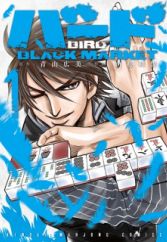 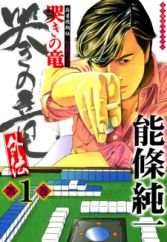 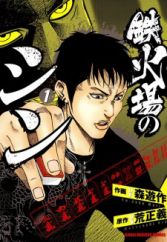 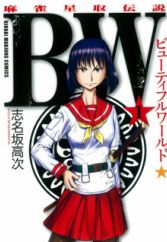 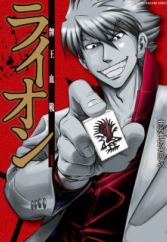 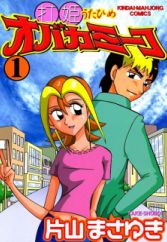 Miiko is a girl with a problem. She’s passed all the tests and become a Mahjong Pro, but she stinks at Mahjong! She was starting to even hate the game, but then she runs into a man who used to be a top-tier mahjong pro named Namidame in a parlor and asks him to teach her how to play right! The two strike a connection and Namidame vows to help Miiko work her way up to the top leagues. He gives her a new lesson each chapter, and we as the readers also learn along with Miiko! This “Mahjong for Dummies” series by prestigious Mahjong Mangaka, Katayama Masayuki, is a must-read for anyone who wants to get better at Japanese Mahjong! Let’s learn together! 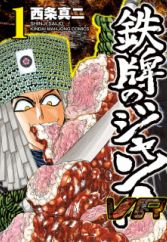