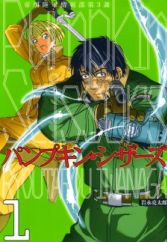 After a long war with the Republic of Frost, the Empire abruptly signs a cease-fire, ending the war. Three years later, the Empire is in ruins with starvation and plague. Former soldiers have become bandits. Former Anti-Tank Trooper, Randel Orlando, unexpectedly runs into and joins the Pumpkin Scissors platoon, an Imperial Army relief effort led by Alice L. Malvin to restore order to the war-torn Empire. (Source: Del Rey) 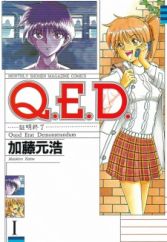 Touma Sou is an MIT-graduated-student who comes back to Japan because he wants to know how it feels to be a high school student. Mizuhara Kana is a strong girl who loves sports. Together, they are partners in solving cases that happen around them. (Source: MU) 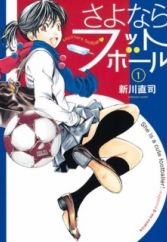 Onda Nozomi is in her second year on the middle school soccer team but has yet to play a single game because she is a girl. Growing up playing soccer, she has the technical skills, endurance and the elegance. However, as a girl, she can't overcome the physical difference and she can see all her male teammates that she grew up playing soccer with get further and further away from her. Even her younger brother, Junpei, who is also on the team, is starting to rise above her. Coach Samejima sees that Nozomi is an amazing player but because soccer is such a physical sport, he can't let her play. Nozomi isn't the kind of girl that just gives up so she practices harder than anyone and drives the team in the hopes of one day playing in a game. (Source: MU) 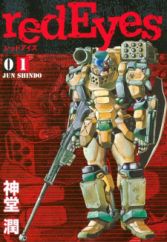 "My war isn't over!" One mobile suit infantryman's personal battle resumes as a red fire blazes again in his eyes! Betrayed by his own men, Captain Grahad Mills, a commander of the SAA Special Force "Jackal," is held responsible for a conspiracy about which he knew nothing. Without defense counsel at his court, he is sentenced to death. On the morning of his execution, he escapes the military detention center; in the process blasting a troop of national military guards and killing its commander—Captain Waldman, his former subordinate and betrayer. All this is for revenge and to find out the reason for the treachery. The former hero—feared and known as "Genocide—starts to fight a battle he created by himself. (Source: Manga-Sketchbook) 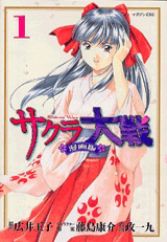 The year is 1921, and this is a Tokyo where monstrous steam-powered robots crash a flower-viewing party only to be cut down samurai-style by a young girl in a kimono and traditional hakama pants. It's eight years after the horrific Demon War, and Japan is a peaceful prosperous place. Meet Ensign Ogami Ichiro, who has just graduated from the Naval Academy. He's assigned to a base in Tokyo, but soon discovers that his headquarters is the Imperial Theater and his first mission is collecting tickets at the gate. He gamely goes about his menial jobs at the theater, surrounded by beautiful girls who seem to know a lot more about what's going on than he does, but he's about to be swept into a roiling world of robots, demons, and hot girls in uniform. (Source: Tokyopop) 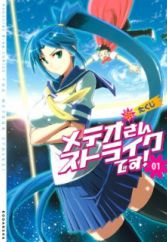 Hero Hiro Kobayashi has been selected to protect the planet from the mysterious transfer student Yamada Meteor. It's the start of an eventful day! Until now Hiro Kobayashi has been nothing more than ordinary, and now he has to be the "hero who defends the earth"? Bombarded with aliens and the fate of the human race he feels lost. If he can't fix things, the humanity is doomed and the earth is going to fall prey to this "meteor monster" Apparently "Love" can save them, but that's another problem altogether... 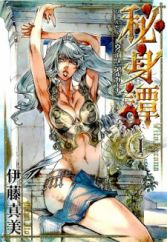 It is 217, the third century, and for several decades it has been "the age in which the human race is happiest." Rome is the world's most powerful empire but it is increasingly troubled by political corruption, barbarian intrusion, and impending impoverishment due to continual foreign campaigns. Slowly but surely its power is waning and being lost, and with the assassination of Emperor Caracalla everything begins to change. 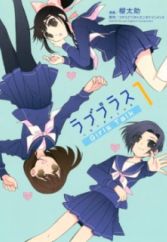 Based on DS Dating Sim "Love Plus". Following the three girls as they live under one roof. (Source: MangaUpdates) 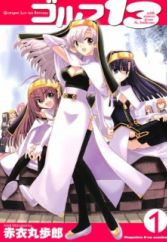 This story follows the tale of teenager Tamada Q-taro, who is the reincarnated Saint Andrews. 400 years ago, Saint Andrews created 13 miracle golf clubs with 13 holy maidens embedded in each them. Can Q-taro rescue all 13 golf clubs (or maidens) and prevent them from falling to the wrong hands? Come and read this happy-dappy fantasy manga full of hope and dreams. (Source: MangaHelpers, ruggia) 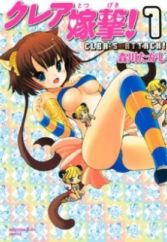 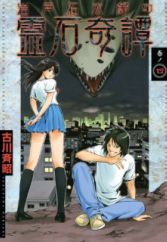