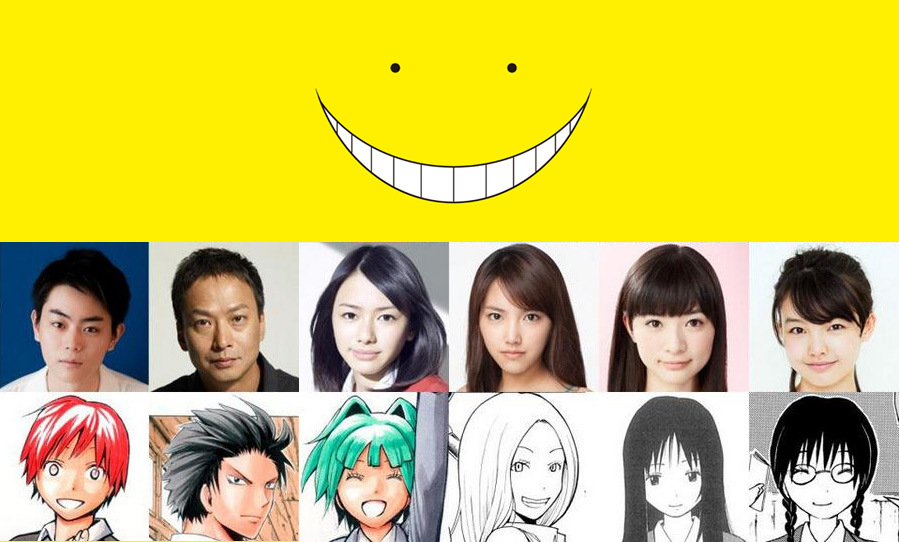 Ansatsu Kyoushitsu is the new sci-fi school anime about Koro-sensei, a yellow alien creature who becomes the teacher for class 3-E of Kunugigaoka Junior High School. He threatens to destroy the Earth unless his students manage to assassinate him. A live-action film was released in Japan on March 21, 2015 and the sequel titled Assassination Classroom: Graduation will be released in 2016, like the second season of the anime.

Directed by Eiichiro Hasumi, the film follows the manga closely, with a few hints about the real secret that will be probably revealed in the sequel. The CGI-created Koro-sensei does not look bad at all, and he fits into the whole school background and among his students. The plot that revolves around a yellow alien octopus-like creature that destroys the Moon and threatens to destroy the whole planet unless his students stop him may seem too absurd, but there is more to it than you might think. Even though the students try their best in trying to assassinate the unstoppable Kuro-sensei, it becomes apparent that his omnipotent presence does more good and harm. You cannot help but be drawn to his character, and eventually root for him. 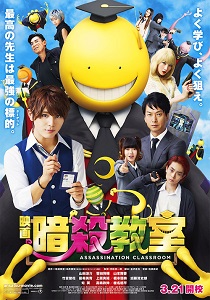 Koro-sensei is voiced by Kazunari Ninomiya who is unfortunately not the same voice actor as the one in the anime, but he does a great job. Koro-sensei's voice is supposed to be cheerful and funny to the point of nonchalance, and this actor is able to provide that. Ryosuke Yamada stars as Nagisa, a feminine boy with blue hair, who is the main character. Luckily he does not have blue hair in the film which looks more natural, and the actor looks cute and fragile enough to fit into the role. The rest of the cast includes Kang Ji-Young as the beautiful blonde assassin Irina Jelavić, Maika Yamamoto as Kaede Kayano, Seika Taketomi as Rio Nakamura, Mio Yuki as Yukiko Kanzaki, Kippei Shiina as Tadaomi Karasuma, Seishiro Kato as Itona Horibe, Miku Uehara as Manami Okuda, Masanobu Takashima as Akira Takaoka and Kanna Hashimoto as the robot Ritsu. Irina Jelavić would probably look better if played by a Caucasian actress instead of a Korean actress, and the actor starring as Tadaomi Karasuma seems to be too old and not really as fit as he should be for the role. However, the overall cast is not too bad, and Kuro-sensei seems very realistic.

All in all, if you are a fan of fast-paced, humorous and school sci-fi anime series and films, you should check this out! It is a bit different from the anime, but it can still turn out to be a fun and enjoyable way to spend two hours.

Who doesn’t love a bloody massacre?! The first ever live-action film adaptation of the horror game Corpse Party is now available. Who’s in it? How does it look? Does it stick to the game story? And what about all that blood? C'mon, let's take a peek at what you can expect...if you dare!