In this episode of Akagami no Shirayukihime, our heroine takes the court herablist exam.

The previous episode of Akagami no Shirayukihime ended with Shirayuki deciding to take the court herbalist exam so she can have an official reason to enter the castle and hang out with Zen. This week, the anime focused on the exam itself and the trouble that arises while Shirayuki undertakes it. 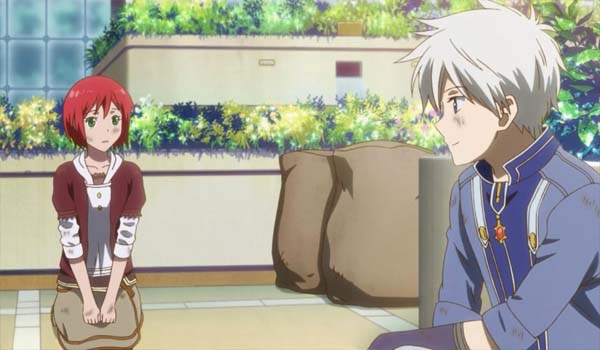 Surprisingly, the exam is pretty uneventful. The hurdles our heroine encounter aren't as challenging as the ones before it. The exam is simply taking care of a garden, but she is locked in with Zen while taking the exam, adding unexpected pressure to the situation. It was a minor problem but Shirayuki pays no mind to it when she realizes that a plant that produces toxins is planted in the garden. Shirayuki's sense of duty comes out here. She didn't care about the exam anymore because she was focused on saving the garden. She even got Zen to help even though she knows full well this might get her disqualified in the exam. The two of them work together to re-plant the toxin herb away from the other plants. They worked on this until morning and the exam officials were so impressed by her determination, they passed Shirayuki with flying colors. 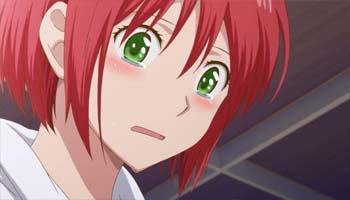 This is a pretty mellow episode with no action scenes at all; a stark contrast to earlier, more action-packed episodes. Instead, we get a nice progression for the romance. Shirayuki was given notes of Zen's medical history and cries while reading them and discovering Zen has been taking poison voluntarily ever since he was thirteen years old. This reminds her of the poison apple event from the first episode. When Zen hears that she has been crying, he immediately rushes to find her. With the two alone, Zen tried to console her by hugging her. It seems clear that the two are moving from mutual understanding to a more romantic relationship. We'll need a kiss to seal the deal though but the build up to it looks promising. 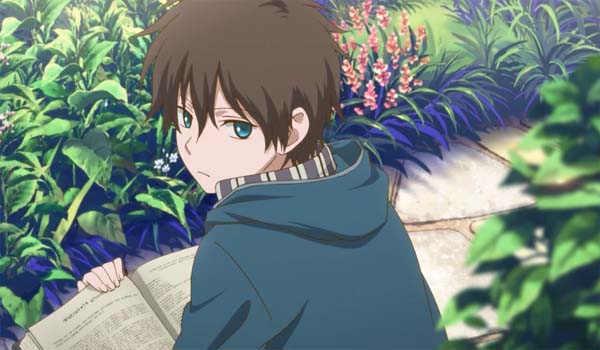 Obi, the assailant from the previous episode appears briefly. It looks like the main cast is slowly being assembled. The show also introduces two more important characters. The first is Ryu, the youngest court herbalist in the castle. He has a cold attitude since he always has his face buried in a book. Seeing him interact with Shirayuki, it seems he has been captivated by her beauty. He is an adorable kid because he came running to Zen when he saw Shirayuki crying. He even felt guilty that he might be the reason she was in tears. He will make you smile though because he's the second person to call Shirayuki's red hair beautiful. 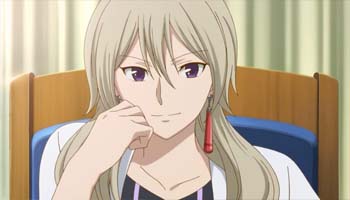 The other new character is Garak, the chief herbalist. She administered the exam and she seems to be more stern in her duties. Upon seeing Zen inside with Shirayuki, she immediately warns Shirayuki that there is a time and place to be with the prince. She reasons that Zen's status might give the wrong impression to other people. It's nice to know she understands their relationship though and allowed Shirayuki to become an apprentice court herbalist despite the prince's interference. 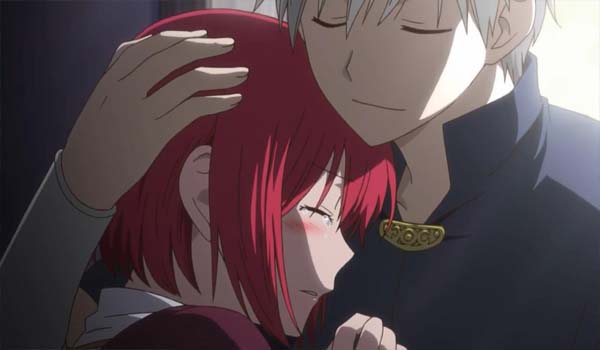 The person that locked Zen and Shirayuki in together hasn't been revealed but this person might cause more trouble down the line.

Now that many friends have appeared to support Shirayuki, the main antagonists are itching for their debut. Hopefully, it happens in the next episode.

The timing is perfect for a kiss in the next episode. Expect their relationship to blossom some more before someone intervenes in it.