Welcome to the Dressrosa Arc of the One Piece New World!

In One Piece, Dressrosa is one of the islands that the Straw Hats visit after entering the New World, full of adventures, unique characters, tragic pasts, and surprises. Raise your pirate flag and get ready for a One Piece New World adventure in Dressrosa! 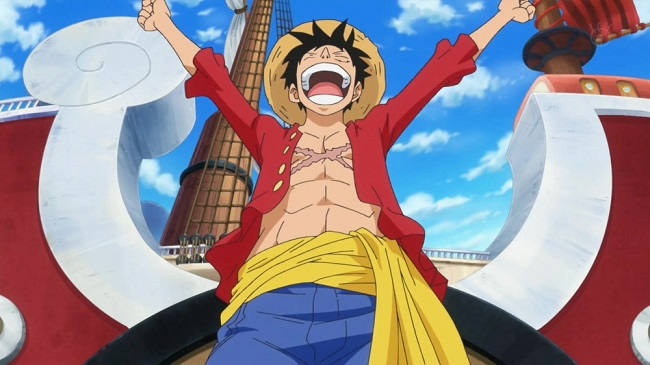 The One Piece anime is currently in the Dressrosa Arc. After the Punk Hazard Arc, the Straw Hats and their new allies, the Heart Pirates, are ready for another adventure in Dressrosa of the One Piece New World!

The Tragic Past of Dressrosa 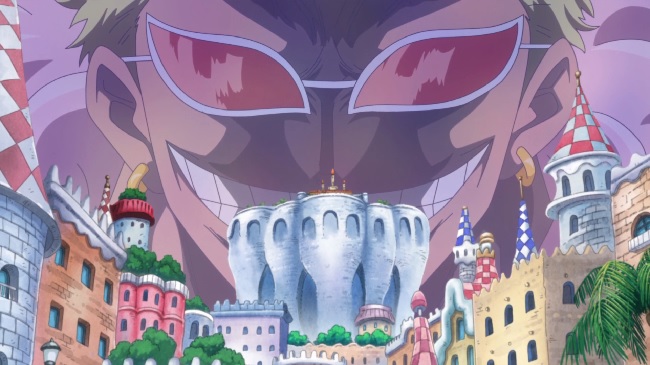 Dressrosa is currently ruled by Donquixote Doflamingo, who is also a Shichibukai. He has ruled Dressrosa for 10 years, and his crew lives with him on the island, too. The only two members that are not stationed in Dressrosa are Vergo and Monet.

Dressrosa was once a peaceful, yet poor, country ruled by King Riku. However, one night, Doflamingo came to the king's palace and declared that Dressrosa was rightfully his property. Doflamingo used his String-String Devil Fruit to control the king's movements and forced him to go through the country and slash the civilians, which caused them to break their trust in King Riku. Riku's army was also controlled by Doflamingo and were made to harm the civilians as well. Doflamingo succeeded in creating chaos in the country, played the role of a hero by stopping King Riku and his army, and gained the trust of the citizens. After this incident, Doflamingo became the new king.

Notable Characters in the Dressrosa Arc

Many new characters were introduced in the One Piece New World Dressrosa Arc, and some of the notable characters are listed here: 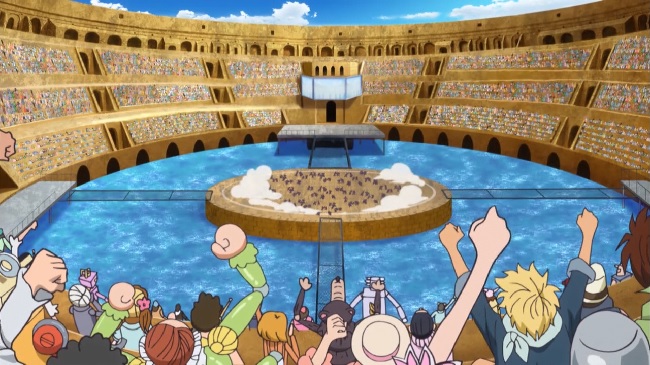 This is the Colosseum where the fighters battle against each other.

Dressrosa of the One Piece New World has a famous Colosseum where fighters from around the world gather to battle each other. While the Straw Hats and Trafalgar Law are on the island, a Colosseum battle is in session and the prize is Ace's former Devil Fruit, the Flame-Flame Fruit. The Colosseum fighters are unique and significant people in the arc, the most vital members being Cavendish, Chinjao, Bartolomeo, and of course Hajrudin, who is shown "playing" with Usopp in the picture below. 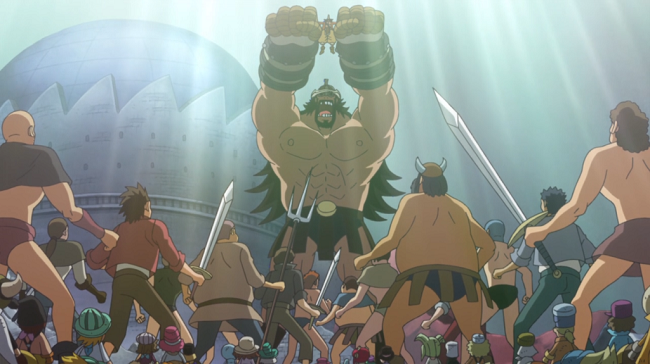 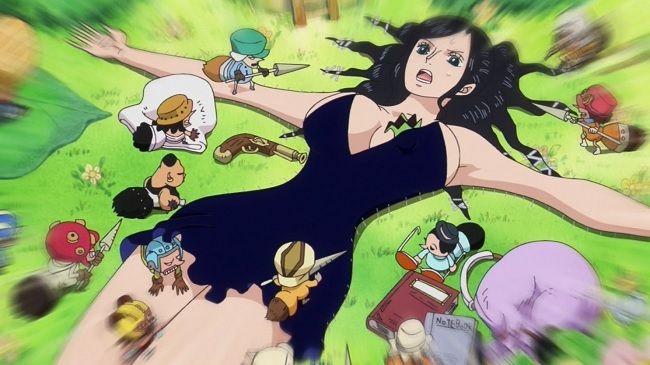 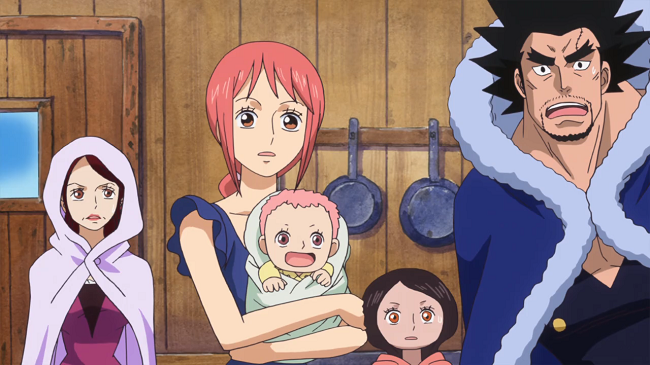 The Riku Family is the former royal family of Dressrosa, consisting of King Riku, Viola, the former princess, Kyros, a former captain of the army, and Kyros' daughter, Rebecca, also a princess. Viola was also a member of the Donquixote Family. 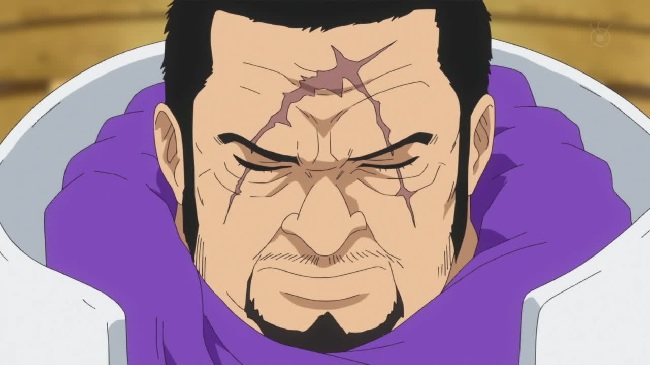 The Marines have become more ruthless than ever, according to Jinbei, and the new Marine Admiral, Fujitora, makes his deadly appearance in Dressrosa. He's assigned to arrest the Luffy and Law alliance. 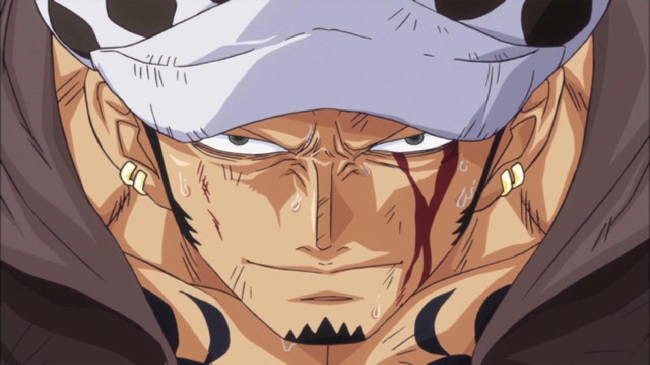 Not much is known about Trafalgar Law before the Dressrosa Arc, but we learn much more about Law's character - even the meaning behind his pirate crew's name - in this arc. It's a tragic past, but Law's character has more depth and complexity now that his past has been revealed.

If you're new to One Piece, and this One Piece New World Dressrosa guide has piqued your interest in the series, be sure to check it out! This guide only covered some of the fantastic elements in the Dressrosa Arc. Check out the anime series yourself to see all the other amazing aspects. 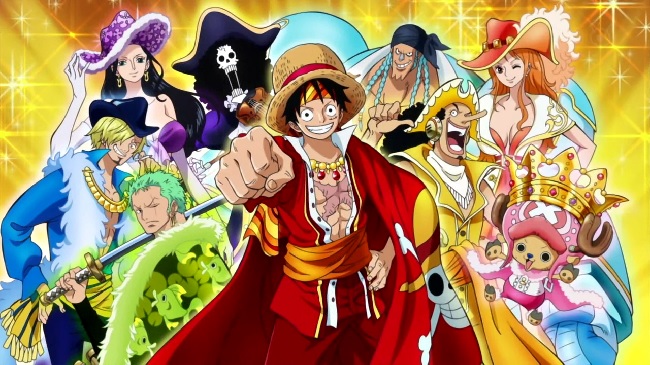