The Gorosei of One Piece: Mysterious and in Total Control

The Gorosei is a group of Five Elder Stars, individuals who make up the top authority of the World Government that rules in One Piece. Each one is identifiable by appearance, but not name. With their known power status and little history, they are quite the enigma of the series!

In the world of One Piece, most everyone answers to somebody. One exception is the Gorosei, or Five Elder Stars who are at the pinnacle of the World Government in One Piece.

Collectively, they represent and run the World Government, hence they are often referred to, quite simply, as the highest authority. Underneath this powerful group rests the marines, those allied with the Shichibukai, Cipher Pol, and any and all who answer to the World Government’s top officials.

The Gorosei are believed to hold unlimited power over the inner workings of their followers; their word is considered absolute. As if their ranks were not intimidating enough, they also possess the ancient weapon Uranus, which further grants them acknowledgment and power.

Although their names haven’t been revealed, we do know the appearances and voices of the Five Elder Stars... 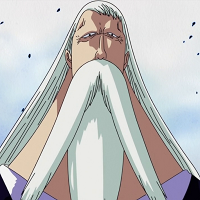 First there is the tall, skinny man with a thin beard and mustache, who ordered the assassination of Professor Clover and speculated about the connection between Luffy and Silvers Rayleigh, and their connection to the One Piece. 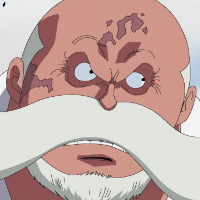 Next we have the tall, bald man with a mustache and birthmark scars on his forehead, who has been compared to the Soviet Mikhail Gorbachev, and during his appearance in the anime, he foresees Aokiji being removed from his post. He seems to be very concerned about Luffy running free and Jinbei resigning from the Shichibukai, consequently throwing off the balance of the Three Powers. 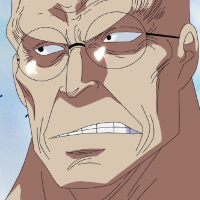 Thirdly, there is the bald elder who wears glasses and is dressed in white, unlike his fellow Stars. He wields a large sword and has been compared in appearance to Ghandi. So far, he has had only two lines in the entire series, once after the War of the Best and another to a marine who reported the meeting of Shanks and Whitebeard. 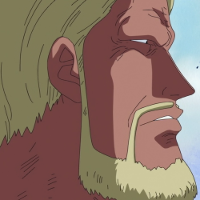 Fourth, we have the seemingly youngest of the group. He has blond hair and a short beard, wearing his suit open-faced and lacking a tie. During his appearance, he commented on the balance of the Three Powers and filling the vacant Shichibukai positions. 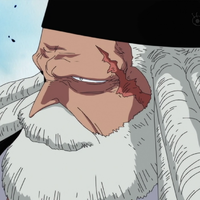 Lastly, we have the large man with a black cap over grey dreadlocks, who wields a cane. He once commented on how he isn’t surprised about Luffy’s antics, considering he is Garp’s grandson, and talks about how Blackbeard moved into the Yonko after the War of the Best.

And there you have it! The Gorosei, whatever their individual names and histories, are a formidable power house in the world of One Piece!