The Evolution of Naruto Music Through Time

The tone and style of the background music in the Naruto anime has changed and evolved between the series' earlier episodes and the story lines that appear in Naruto Shippuden. Find out more about the Naruto music from the OST and how it has evolved.

In both Naruto and Naruto Shippuuden, the background music sets the mood for each scene and establishes the tone of each series. The feel and style of the Naruto music has evolved, with a major change in the sound taking place between the two anime series. Read on to learn more about the music in the Naruto OST and how it has progressed over time. 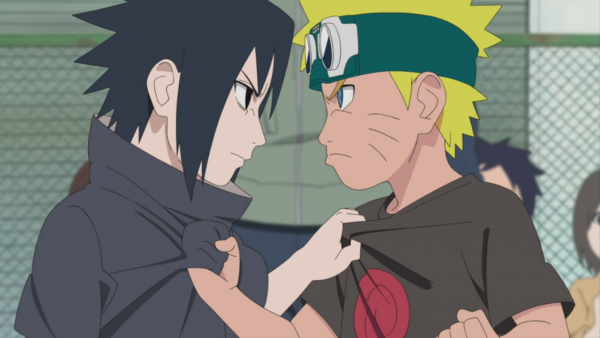 Toshio Masuda composed the music for the first Naruto anime series, and his pieces combined traditional Japanese instruments (such as the shamisen and shakuhachi) with keyboards, drums, bass, guitar, piano, and chanting. Masuda’s compositions tended to have a light and bouncy feel to them, which fit in well with the tone of the first Naruto anime. While the first series had its serious moments, it was overall light-hearted and comedic.

Here are a few of the fan favorites from the Naruto OST:

This is one particular piece of Naruto music from the first series that easily gets stuck in a viewer’s head: a very light and bouncy number that’s often heard when Naruto is out and about in Konoha (the Hidden Leaf Village).

[Naruto music is the best!](https://www.youtube.com/watch?v=0k3onazsn_Q

Poor Naruto always seems to be getting into some sort of trouble. This upbeat Naruto theme song is a perfect match for the frantic, yet comedic, escape scenes of our favorite little troublemaker!

The first thing that pops to mind when hearing this Naruto music is probably... training time! It is often used during one of Naruto's hardcore training sessions.

Sadness and Sorrow (Ai to Hi)

Why can't we be friends? This song exemplifies the deep pain one must feel when faced with not just solitude, but also rejection.

No list of Naruto music favorites would be complete without this Naruto theme song. It is the epitome of the sound of Naruto, filled with an array of excitement, action, and hope. 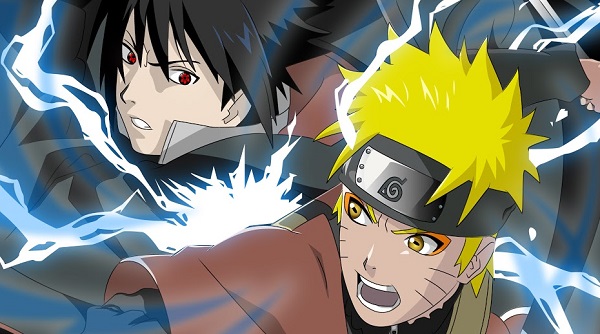 When the anime began telling the stories in the manga that took place after the time skip, the title of the series was changed to Naruto Shippuden. This jump ahead in time was accompanied by a tonal shift for the series, due to the kinds of stories being told and by the fact that the main characters had noticeably aged and would be going through different experiences. Masuda’s style would no longer work for this new direction, so Yasuharu Takanashi was brought in to compose the music for the Naruto Shippuden OST. Takanashi has more of a hard rock and neoclassical feel to his work. His pieces also feature chanting, but it’s generally darker and more pronounced; this is especially evident in the theme music for the Akatsuki. There’s a darker tone to Takanashi’s music that fits very well with the more serious tone of the story that appears in Naruto Shippuuden.

Here are a few of the fan favorites from the Naruto Shippuuden OST:

The music of Naruto Shippuden can be summed up with one word - epic. This theme song, in particular, emphasizes the complex emotions that the characters experience while facing countless dangers and devastating circumstances. Our favorite Naruto characters are all grown up and must deal with grown up issues.

The Akatsuki. The ultimate antagonists of the Naruto universe. This Naruto music fills each scene it is used in with a cloud of mystery and plants a seed of terror in the hearts of viewers.

This is one of the most famous Naruto theme songs out of the hundreds in existence. It portrays the mystery and dangerous elements of the series, but also has a feeling of hope for the future. If ever there was a song to pump you up higher than the clouds, this is definitely it! 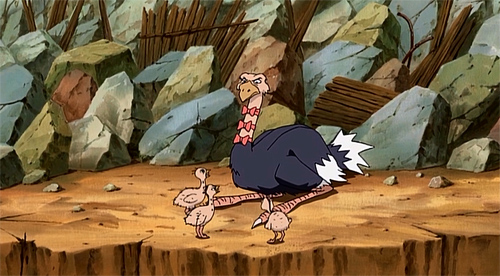 For some of the filler episodes in Naruto Shippuden, flashback episodes of previously unseen events in the first Naruto anime were created to fill in some gaps. For these particular episodes, music from Masuda’s original score, rather than new pieces by Takanashi, were utilized. By using the music from the first series, it helps viewers to believe that these new flashback episodes happened before the time skip. In addition, utilizing Masuda’s compositions in these episodes provides consistency for the audience and recognizes the impact that his work had on the series.

Then there's the famous sexy music...

You know it's serious when Naruto uses his most deadly technique of all... "Sexy no Juutsu"!

As you can see, there was a drastic change in the sound of the Naruto OST as the first Naruto anime evolved into Naruto Shippuuden. Even though the music may sound drastically different between the two series, both composers’ works are important for bringing these characters and their world to life.

If you'd like to listen to the entire Naruto OST and Naruto Shippuuden OST, please click the videos below.

With such an epic saga, it's not surprising that there is such a wide variety of Naruto openings and endings available. But searching for a needle in the haystack of OP and ED songs would take forever, unless... We've gathered the best of the best! Here are top 15 Naruto opening and ending songs.