Naruto follows the journey of Uzumaki Naruto who wants to become a Hokage and be acknowledged by the people around him. Here are the 10 happiest moments of Naruto and Naruto Shippuden that will surely leave a smile on your face.

WARNING! This article contains MAJOR spoilers for those who have not seen the series! PLEASE BE FOREWARNED! 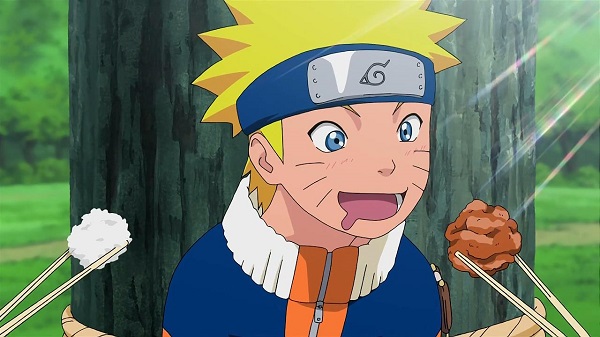 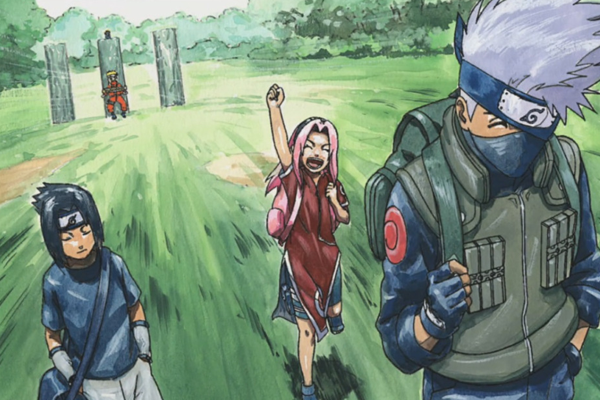 Naruto fails to get a bell and ends up being tied to a log. Moreover, he is forbidden to eat lunch. Kakashi also tells Sakura and Sasuke not to give any food to him. However, Sasuke and Sakura broke the rule and shared their lunch. Kakashi then tells them that they have passed the test for showing their team spirit, despite breaking rules.

Sakura and Ino rekindle their friendship 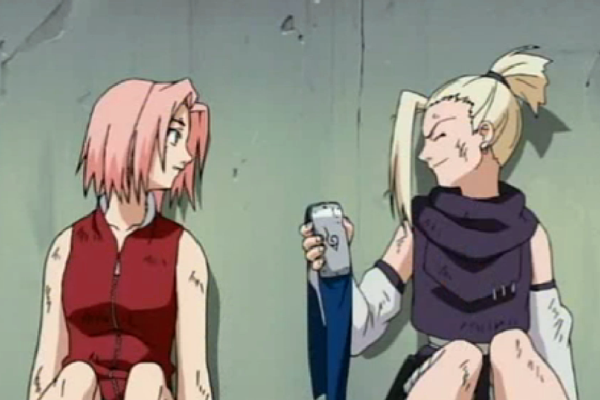 As kids, Sakura and Ino have been close. However, they ended their friendship after both of them learn that they both like Sasuke, thus becoming rivals. When their fight at the Chuunin preliminary matches ends with a draw, Ino gives Sakura her forehead protector. Ino then compliments her by saying that she has grown into a beautiful flower. 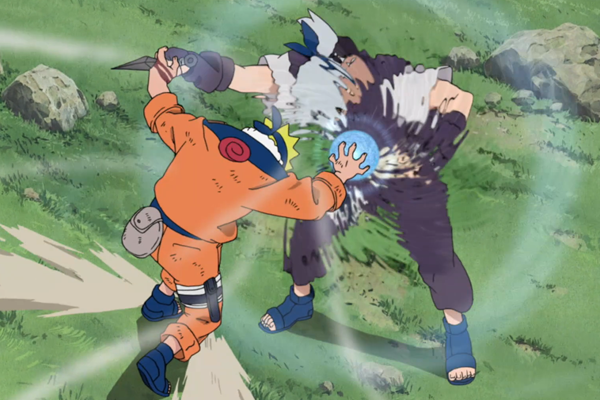 Since Tsunade does not want to help Orochimaru in his goals, she fights with his assistant Kabuto instead. However, she is wounded by him. Naruto then becomes determined in helping Tsunade. He was able to perfect his Rasengan and use it against Kabuto. 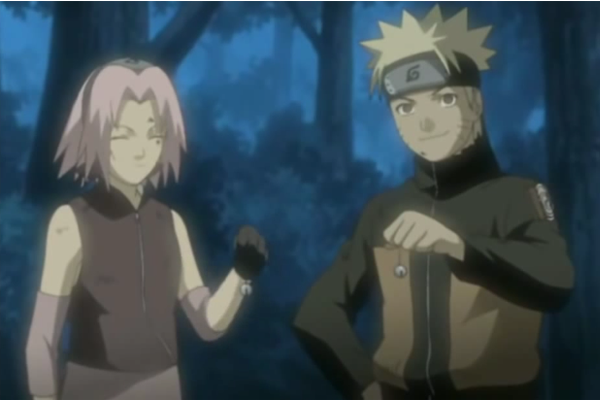 After Naruto’s training with Jiraiya, he returns to Konoha. Later, Team 7, without Sasuke, reforms into Team Kakashi. Before their first mission, Kakashi gives Naruto and Sakura their second bell test. Naruto and Sakura’s abilities have improved and they were able to take the two bells from Kakashi. 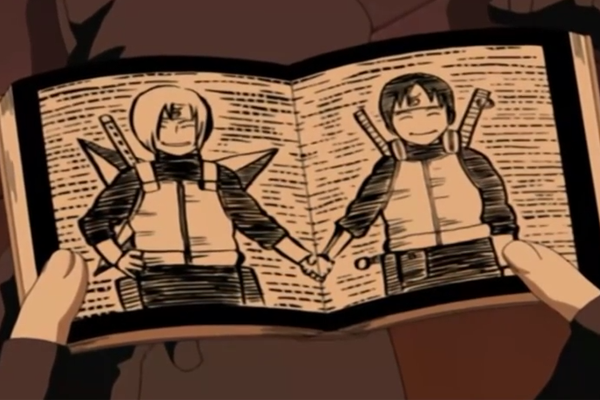 After becoming a member of Anbu Root, Sai meets Shin. The two became close and Sai eventually grew to think of him as an older brother. Unfortunately, Shin died, and those feelings that Sai had grown to know died along with him. Sai learns more about his own bonds with his fallen brother through Naruto and Sasuke’s bonds. He then draws the middle page of his picture book, which is a drawing of him and his brother smiling. 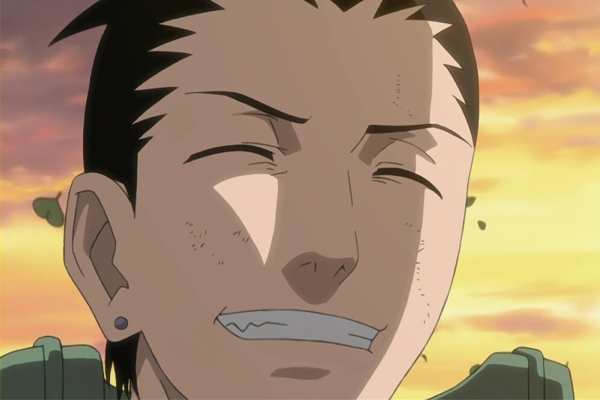 After Asuma’s death, Shikamaru devises a plan to defeat Hidan. It works and Hidan is successfully defeated. Shikamaru then meets with his team and returns home. He later visits Kurenai and vows that he will protect and train the next generation of ninjas. 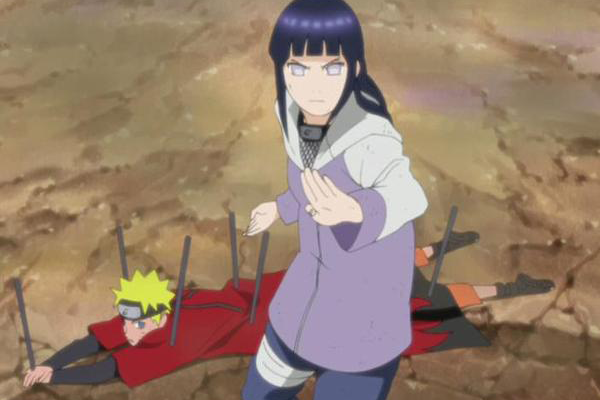 Once she learns that Naruto was fighting Pain alone, she rushes to his side, but is stopped by Ko. When Pain pins down Naruto, Hinata decides to intervene. Despite knowing that she did not have the ability to defeat Pain, Hinata still protects Naruto. Naruto then asks her why and Hinata confesses her love for him. 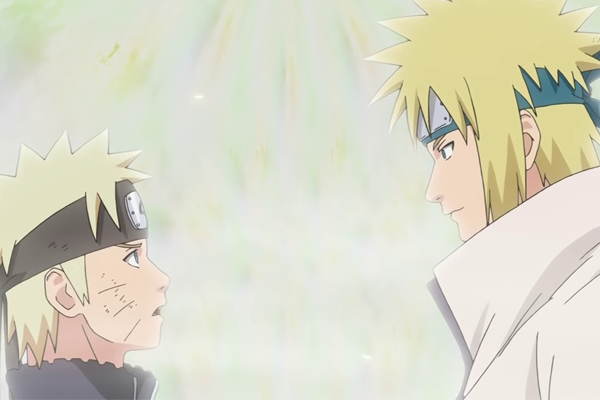 While fighting with Pain, Naruto was tempted by the Nine Tails to open its seal. Suddenly, Minato appears since he had left some of his chakra within the seal. Naruto was happy at the sight of his father. After Minato disappears, Naruto becomes inspired and resumes his battle with Pain. 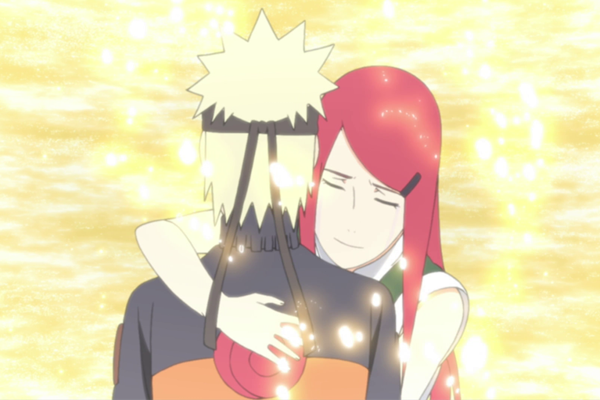 Naruto, Sakura and Sasuke fight together 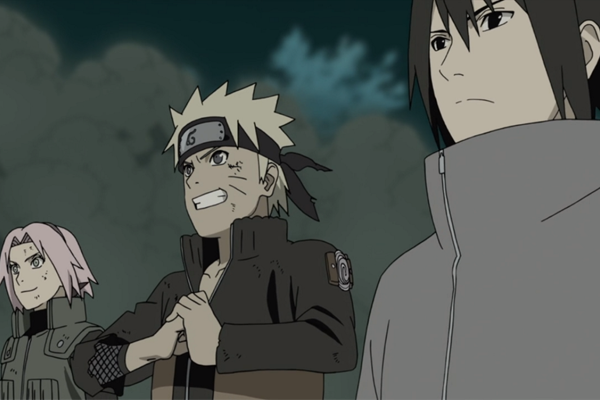 While facing the Ten Tails in the Fourth Shinobi World War, Naruto was wounded and Sakura heals him. Later, Sasuke arrives and joins Naruto and Sakura in the fight. Naruto, Sakura and Sasuke then summon their signature animals against the Ten Tails. The three also fight with Obito Uchiha and Madara Uchiha afterwards.

Those are the top 10 happy moments from Naruto and Naruto Shippuden. Hopefully, they were able to warm your heart and inspire you in some way. Make sure that you watch the series for more happy moments.