The Independent Girls of Gangsta.

Gangsta. takes place in a rough city known to eat its citizens alive. People don't survive here if they're not strong and capable, especially if they're female. Let's meet the girls who call Ergastulum home! 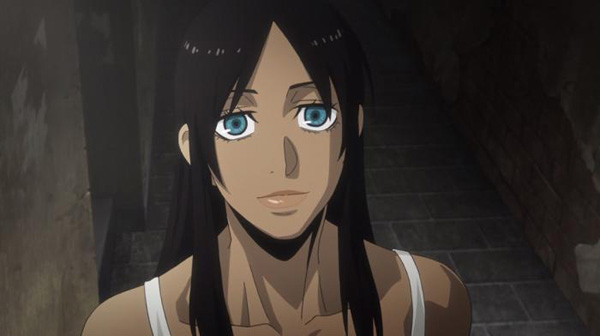 The epitome of a survivor, Alex came to Ergastulum to earn money in order to support her family. Unfortunately, somewhere along the way, she fell into a life of prostitution and became addicted to a drug that stole away most of her memories. Thankfully, she meets the Handymen when they're hired to take out the gang she works for and they decide to spare her life. She now works as the Handymen's secretary and answers their phone. Stunning and gorgeous, Alex's physical charms can't be denied, but even more striking is her beautiful voice. Despite not being a fighter, she's equipped with unflappable courage in a city filled with killers, gangsters, and superhumans. Good thing too, because she'll need it. 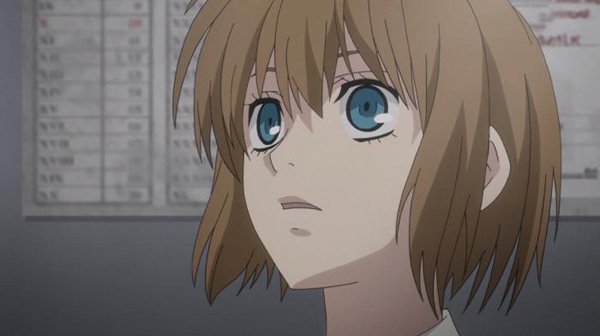 Nina is a gifted young girl who works in the only clinic in Ergastulum that treats Twilights. Despite being only 12, she's already a capable nurse and doctor's assistant. Because her job at the clinic brings her into contact with all sorts of people, she's surprisingly comfortable with the Handymen and unafraid of Twilights. Thanks to this, she enjoys a sibling-like relationship with Nicolas and practices sign language with him. 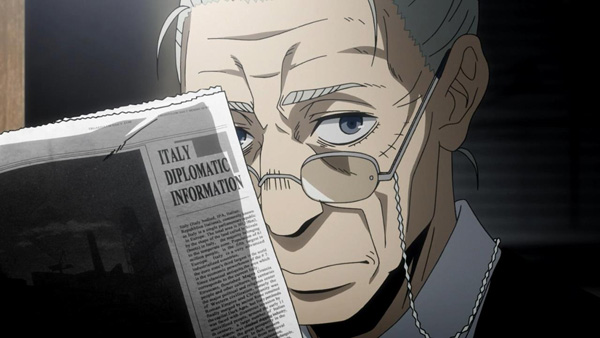 More commonly known as Granny Joel, Joel is an old woman who owns a small shop that sells cigarettes. Cantankerous and no-nonsense, she has no problems unleashing her sharp tongue on other people. When you've lived as long as she has in a city like Ergastulum and seen what she has, there's not much that can surprise you anymore. That said, she does have a soft side that shows concern for the well-being of young women like Alex and her granddaughter. 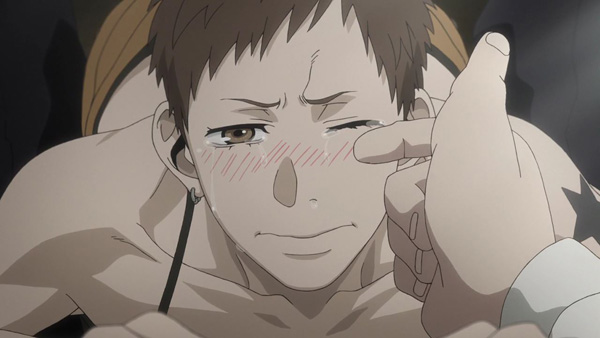 The granddaughter of Granny Joel, Constance inherited the family's business sense and owns a gun shop. Too bad the nature of her goods tends to attract some unsavory types, causing her store to be shot up often. Unlike her grandmother, Constance is friendly and upbeat. That's impressive, considering the constant violence that surrounds her. In reality, her cheery attitude masks a tragic history and a secret relationship with a dangerous person. 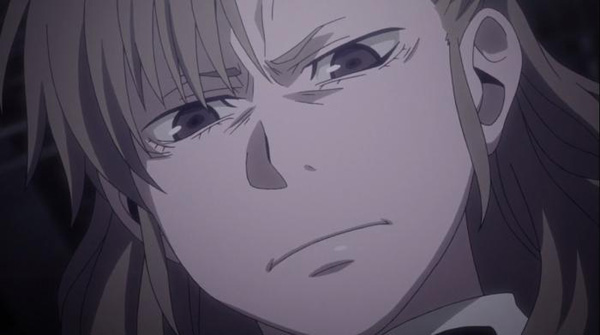 Loretta may only be 14 years old but don't let that fool you. She's the current head of the Cristiano family, one of the four mafia families that rules Ergastulum, and has the attitude to prove it! Brave and stubborn, Loretta refuses to back down in the face of danger and does everything in her power to protect those she considers under her care. This sense of responsibility extends not only to her subordinates but also to the Twilights in the city, since it's the Cristiano family that supplies them with the drug Celebrer. 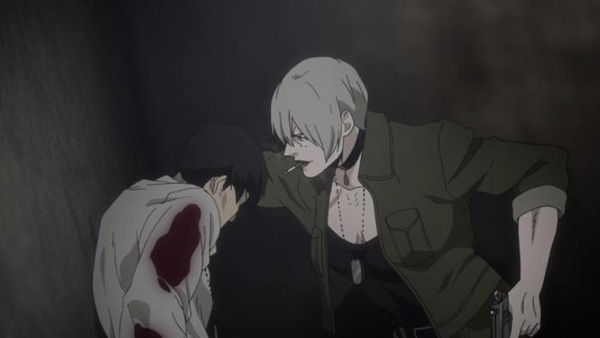 Gina is both a Twilight and the head of the Paulklee Guild, which organizes the Twilights of Ergastulum into a mercenary group. As the Guild's leader, she's strong and imposing. In fact, she sometimes seems callous toward her allies, showing an uncaring attitude if they die or even shooting them as punishment. 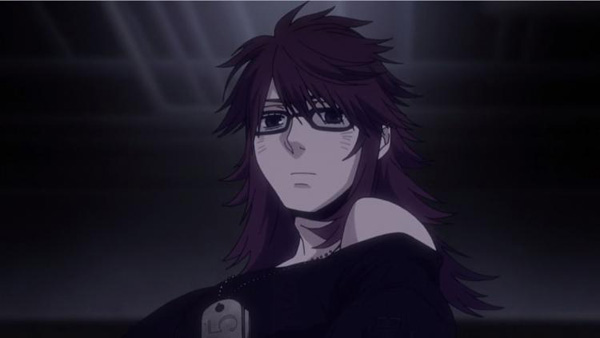 At first glance, you wouldn't identify Ginger as a highly ranked Twilight. She's young, shy, and speaks softly with a stutter. Her glasses only contribute to that harmless impression. However, like all Twilights belonging to the Paulklee Guild, she has a frightening side that's made all the more intimidating because of her overwhelming physical abilities. 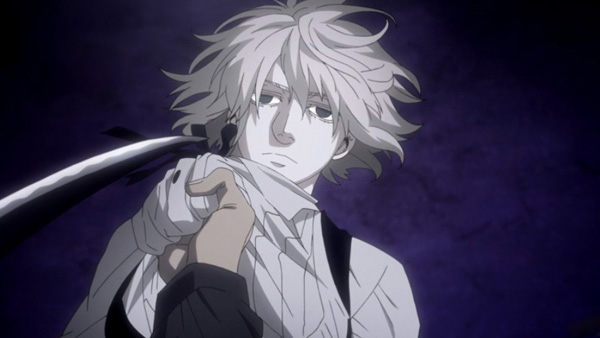 The younger sister of the Monroe subordinate, Delico, Erica has been missing and assumed lost for many years. Unfortunately, that couldn't be further from the truth. During that time, she was made into an emotionless killing machine. Unlike her brother, Erica is unbelievably strong, which is a problem because she's been tasked with killing Twilights. 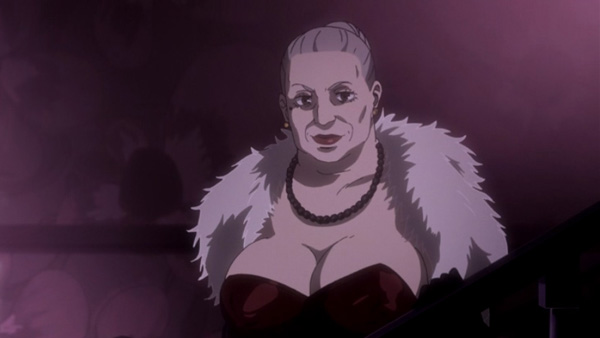 Known as Big Mama, Georgiana owns a brothel under the purview of the Corsica family. A consummate businesswoman, she treats people with appropriate politeness – including Nicolas, even though the Corsica family is infamous for hating Twilights. 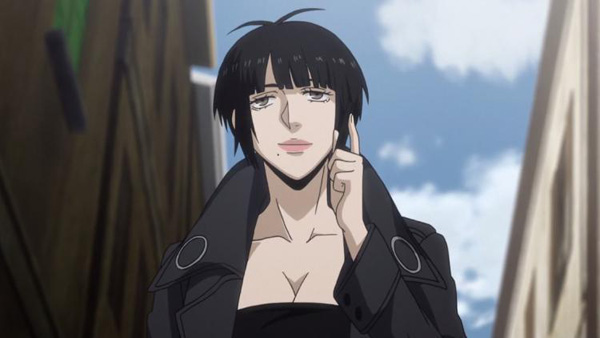 Beretta is a member of the Third Esminets, or Destroyers, who've been tasked with killing as many Twilights in Ergastulum as possible. An attractive woman, Beretta is sly and very dangerous. Despite not showing overt physical prowess, she's capable of identifying targets of interest by scent alone. She was also a member of the Esminets' previous incarnation and has a past with one of Loretta's subordinates. 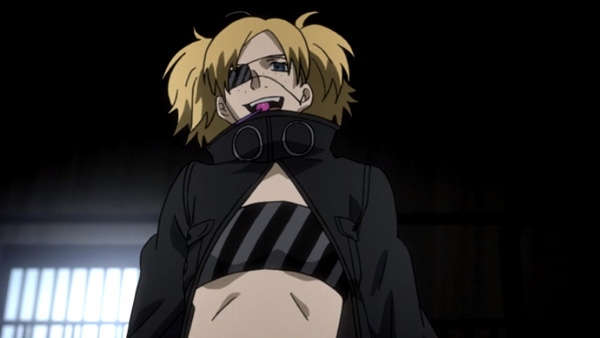 Another member of the Third Esminets, Sig is young and violent. She takes sadistic pleasure in killing people, often laughing as she murders them. Sig isn't someone you'd want to take on alone.

While the guys of Gangsta. often take center stage, that doesn't mean the girls are shrinking violets. They can't afford to be, not in a city like Ergastulum. They may not all be fighters, but they are definitely survivors. Young or old, good or bad, it doesn't matter. The women of Gangsta. demonstrate strength, each in their own way.