“Man, nothing beats booze in the middle of the day!” - Leone

“Akame...you’re in charge of training Tatsumi. If he gets in the way, you may kill him.” - Najenda

“How dare you dodge, you filthy pervert!” - Mine (after shooting Tatsumi when he walks in on her changing)

“There was no need for you to shoot that close. Look what’ve you done to my poor hair!” - Tatsumi

“When I did the laundry, I accidentally washed Mine along with the dirty clothes.” - Sheele

“Let’s go Koro. I bet you must be hungry. How does five men on death row sound?” - Seryu Ubiquitous

“A-alright! I’m going to win her over tonight! Time to show off my manliness!” - Tatsumi

“Kurome is giving me a huge sense of deja vu. Not to mention her possessiveness over food. She’s definitely like Akame! She has to be related to her somehow!” - Tatsumi

“Shit! I know how you feel but I can’t let you go! I’m not ready to die!” - Wave (after Tatsumi escapes)

“I run a manga bookstore. The manga I carry is full of different ways to manipulate string.” - Lubbock

Najenda : “I’m sure she must’ve been a wonderful person.”

Susanoo : “Yeah. He was an excellent general!”

“The next time you sneak a peek while I’m bathing, I’ll cut it off. You’ve been warned.” - Chelsea (to Tatsumi)

“Tatsumi. There’s one thing I have to say to you. Your fly is down! It’s driving me nuts, so please zip it up!” - Susanoo

“Boss, are you really that young?! I’m blown away!” - Tatsumi (commenting on Najenda’s age)

“Why are you pitying me, you open-fly loser! Don’t bring me down to your level!” - Mine

Esdeath : “Tatsumi, I didn’t know you were into that. We really are perfect for each other.”

“If you take one more stab about my height, you’re dead!” - Mine 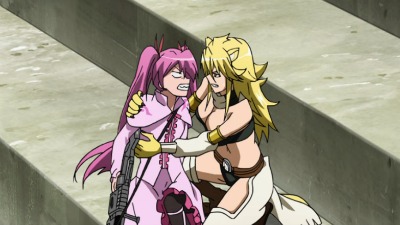 Akame ga Kill! can be a dark anime. But between the assassinations, the corruption, and the rising rebellion, the anime finds moments to lighten the mood with jokes and bad puns. If you’re looking for an anime about an eccentric group of assassins to watch, you can’t go wrong with Akame ga Kill!

20 Most Memorable Quotes from Spirited Away

Spirited Away is a quirky, imaginative, funny, and touching movie, which contains many memorable quotes. Since the movie is filled with several major and minor characters, a lot of them only get to say a few lines, which are often important to the plot and reveal their personalities.